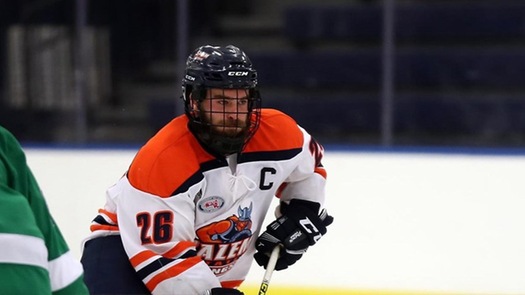 Growing up, Casale found his biggest influences to be a pair of right wing stars.

“When I was younger it was guys like Tie Domi, just hard gritty working guys.” Casale said “Now I gear myself more towards guys like T.J. Oshie – he’s a big favorite of mine.”

His hard work and leadership skills lead to a stint as captain at every stop since his junior hockey career. First with the GOJHL’s Stoney Creek Warriors, then moving up to the OJHL’s Kingston Voyageurs, before signing a commitment to Salem State and earning the C.

“I’ve been very, very fortunate to be captain on the teams I’ve played with…It’s nice to be able to get along with everyone and just make sure you can help anyone by doing whatever means possible,” said Casale “Whether that’s on or off the ice, I’ve learned a lot of lessons with different characters in the room, and it’s good to know how to react to certain guys and other guys personalities. The experience has been eye opening. You just learn how to control a dressing room and get the best out of some guys.” 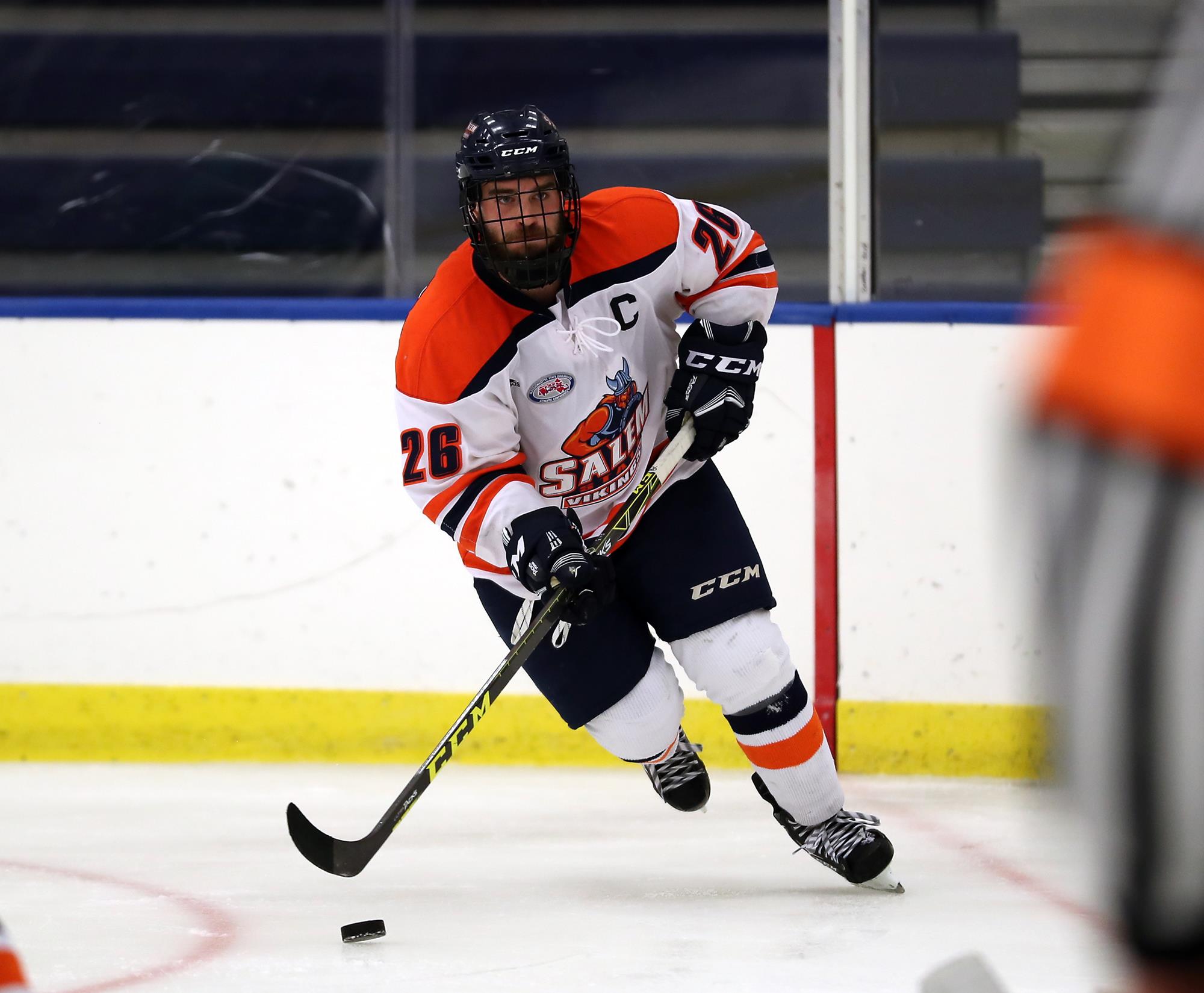 Casale shared a sentiment very close to him, that showcases his wisdom as a leader

“Push through, no matter what happens to you. Good or bad, don’t get too high and don’t get too low and just work through hard times,” said Casale “Sometimes you could be in the middle of a situation that you think you’ll never get out of – just keep working. Good things come from opportunities like that.”

Chemistry is essential when you’re on the road throughout a long and grueling season. Casale is being joined in Fayetteville by Salem State teammate and goaltender Jason Pucciarelli.

Focusing on this season, Casale has a plan to make Marksmen hockey more exciting and fun for the fans.

“I’m here to bring a new attitude to the team – a fresh attitude, a fresh style of play and really being enthusiastic on and off the ice. Getting some community time and learning about where I am in Fayetteville and about the town,” said Casale “I’m coming in with a fresh and never-say-die attitude to the team. I want to just turn around the organization as much as I can, and do every bit I can to make this a…place to play – somewhere with deep playoff runs and hopefully some championships.”

When not on the ice, he likes to play guitar and watch baseball.

You can watch Michael Casale and the Marksmen kickoff their season October 19th in the Crown Coliseum at 7 P.M. against the Roanoke Rail Yard Dawgs.

If you’re interested in partnering up with the Marksmen organization, or hearing about our season ticket packages, group packages, and mini-plans, email Director of Media Relations Shawn Bednard, SBednard@MarksmenHockey.com.