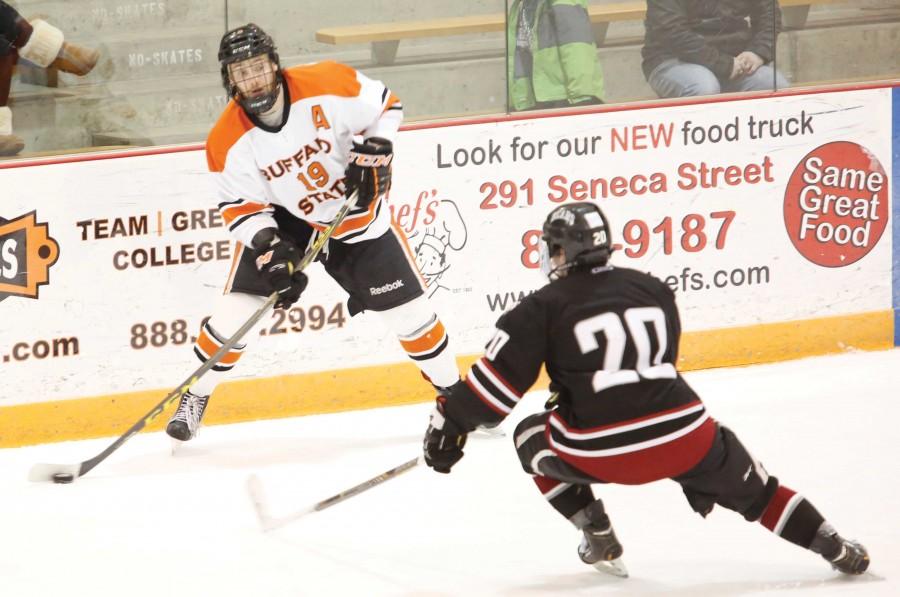 FAYETTEVILLE, N.C. – Head Coach Jesse Kallechy has wasted no time in revealing his ultimate plan for the Marksmen roster; high-level, young talent to develop into a core-group.

He continues this mission by bringing aboard second-year SPHLer Taylor Pryce.

He played for the Mississippi Riverkings and some time for the Pensacola Ice Flyers in his professional hockey season, coming up with seven points (3G+4A) in 33 games played.

Previously to that, Pryce was a one-year captain and four-year player at Buffalo State College (NCAA DIII), playing in 103 games, and acquiring 89 points (37G+52A).

The opportunity to join an up-and-coming organization was too sweet to pass up for Pryce.

“The opportunity to be a part of an organization that is having a fresh start is all I could ask for,” said Pryce “I’m excited to earn my spot and compete everyday for Fayetteville, their staff, and our fans.”

Coach Kallechy spoke highly of the tangibles of Pryce, and what his addition can do for the franchise going forward.

“We are excited to add another player to out roster who has experience in our league. Taylor is a big body who skates well, and he isn’t afraid to throw his weight around,” said Kallechy “During his college career, he showed the ability to finish around the net, and we are counting on him to increase his production with more opportunity this seasoon.”

Pryce spoke in greater detail to the exact situation that lead to him joining the Marksmen, and how a recommendation from a teammate lead to his decision.

“A friend and teammate from my time with the Riverkings reached out to see what my plans were earlier this summer – right around the time I wanted to make a firm plan of where I was headed – and he asked if he could pass on my info to Coach Kallechy. That same evening, [Kallechy and I]spoke on the phone and we got to know each other’s summarized hockey path, and where I was headed into my second pro year,” said Pryce “It was the easiest decision as a hockey player that I’ve had in years. As a young coach, I saw the qualities I respect, and that he possesses within a brief thirty minute conversation. He gave me an opportunity to discuss the chance to sign for the Marksmen camp with my family and hockey mentors, but I had made up my mind immediately that I would love to play under Coach Kallechy, and be a part of the Fayetteville organization.”

The Fayetteville Marksmen are excited to welcome Taylor Pryce for the 2018-19 season, and look forward to him being the bedrock of what promises to be an exciting season of hockey in Cape Fear. The 2018-19 Marksmen Home Opener is October 19th against the Roanoke Rail Yard Dawgs, and Season Tickets are on sale now.

If you’re interested in partnering up with the Marksmen organization, or hearing about our season ticket packages, group packages, and mini-plans, email Director of Media Relations Shawn Bednard, SBednard@MarksmenHockey.com.