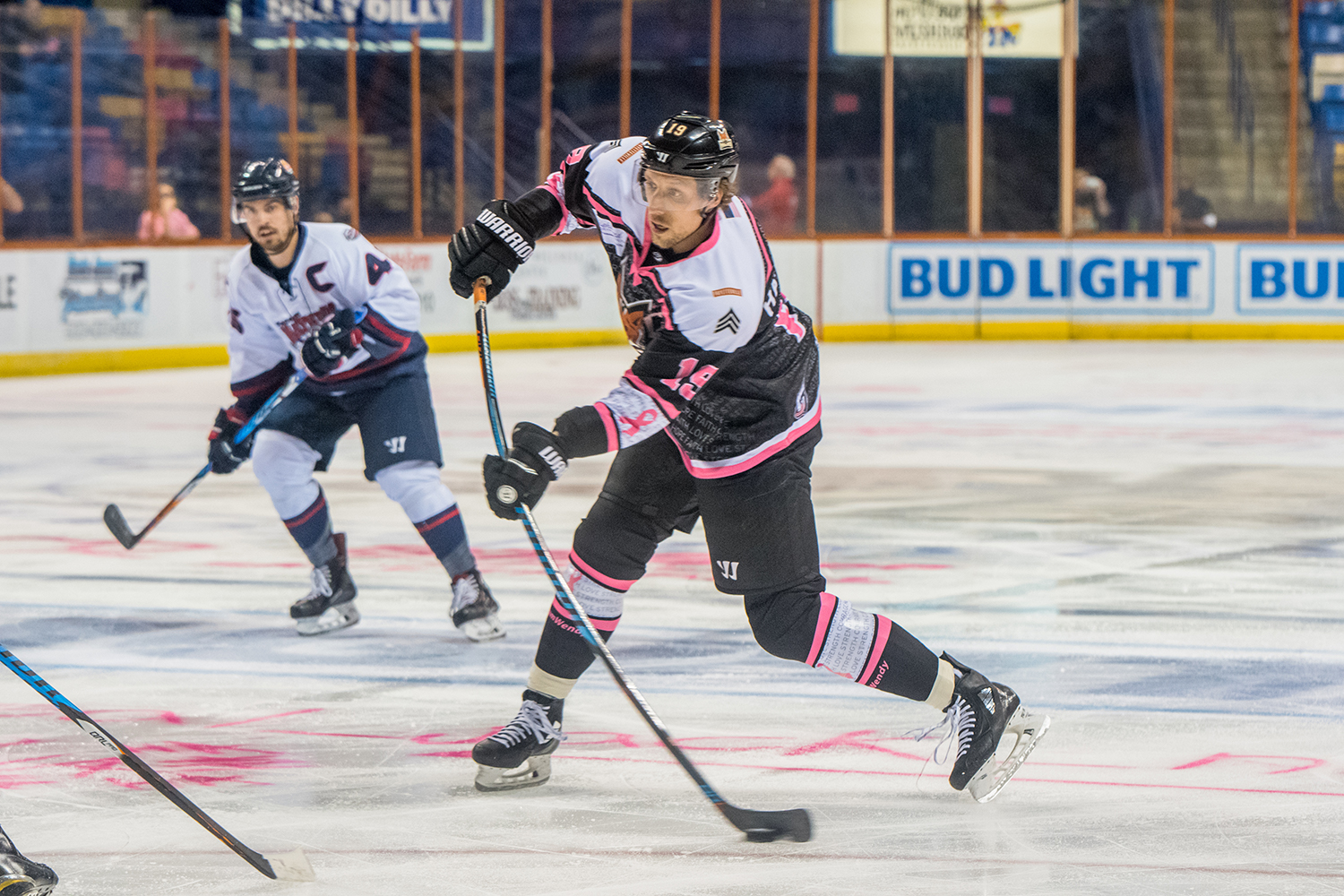 Fayetteville, NC– The Macon Mayhem took the lead for the first night at the 10:05 mark of the third period, and protected the lead down the to down the Fayetteville Marksmen, 3-2, on Saturday night at the Crown Coliseum.

The Marksmen came out of the gate looking like a team who was fighting for their playoff lives, generating the majority of the offense through the early portion of the contest. After earning a four-minute power play, the Marksmen took advantage and took the 1-0 lead. Working the puck at the point Bryan Dallaire pushed a puck to just below the faceoff dot to Jake Hauswirth, who unleashed a clapper that whizzed past the glove of Troy Passingham.

The defending Presidents Cup Champions didn’t stay down for long, however, taking control of the second half of the opening frame, and outshooting the Marksmen 10-2 to close out the period. That sustained pressure ultimately led to the game-tying goal, courtesy of Darren McCormick. With a scrum in front of Spano, numerous Mayhem skaters pushed the puck towards the net, with McCormick finding space and lifting it over the pads of Spano.

Just 27-seocnds into the middle frame, the Marksmen found themselves on another power play chance, and Hauswirth made the Mayhem pay. Standing near the right faceoff dot, Hauswirth unloaded a slapshot that fooled Passingham and blistered the back of the net.

The Marksmen held their tenuous lead through the majority of the middle frame but surrendered the equalizer with under two-minutes left. With sustained pressure on Spano, McCormick forced a puck in tight on Spano that slowly trickled over the goal line.

At the 10:05 mark of the final frame, Mike Moroso gave his team their first lead of the night. Working a four-on-four situation into the offensive zone, Moroso lasered a wrist shot to the far post and past Spano.

Despite a valiant effort to close out the contest, the Marksmen couldn’t find the back of the net, giving the Mayhem the 3-2 victory.