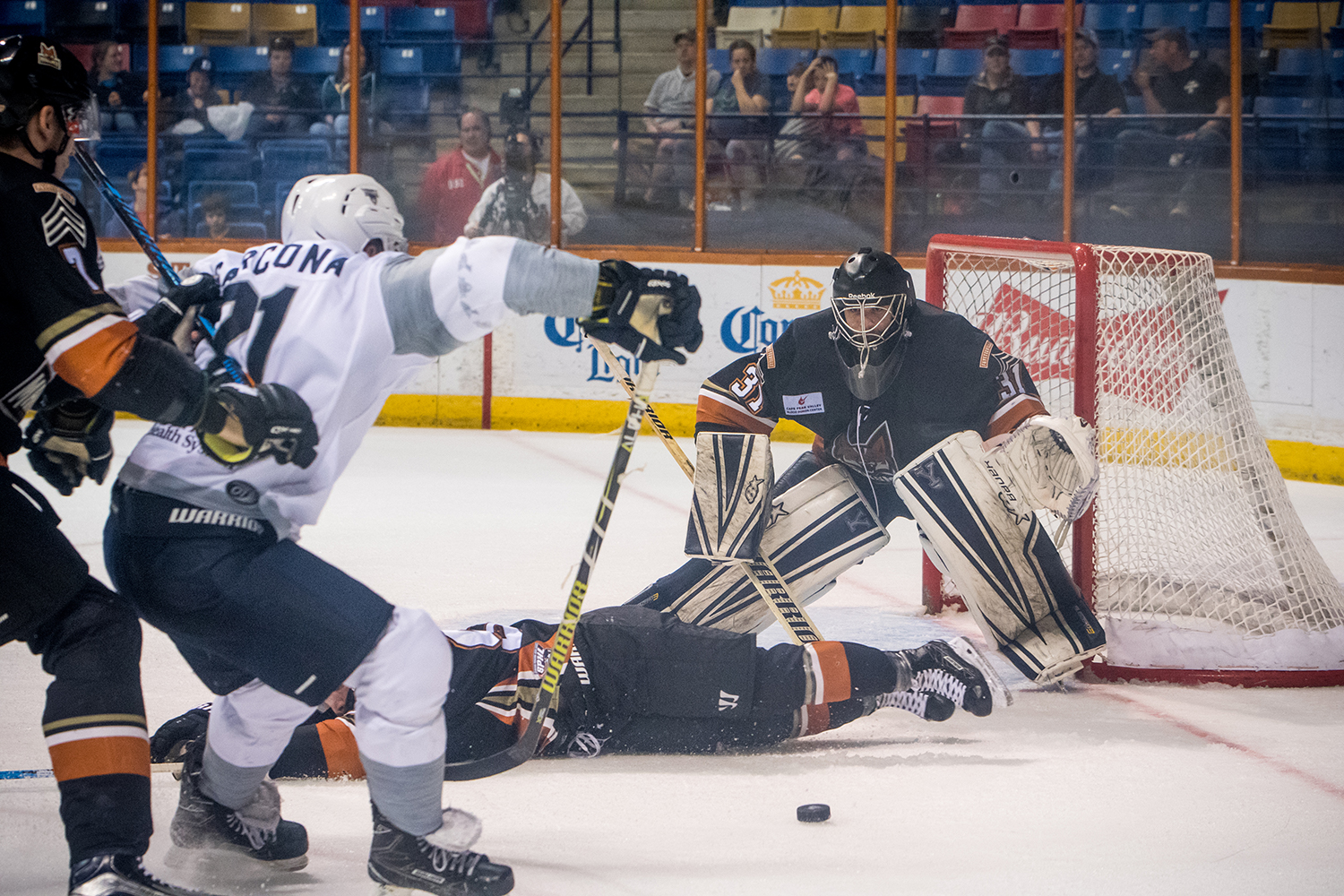 Fayetteville, NC– Charlie Adams and Garrett Milan each recorded a goal and an assist for the Pensacola Ice Flyers and Gordon Defiel stopped 22 shots, as the Fayetteville Marksmen fell to the Ice Flyers, 3-1, in the final game of a three-game series at the Crown Coliseum on Saturday night.

The Ice Flyers wasted no time getting on the board. Just 7:09 into the first period while on a three-on-two odd man rush, Milan brought the puck down the ride side, made a cross-ice pass to Jessyko Bernard, who quickly centered the puck to the top of the crease where Adams was waiting to tap the puck into the net.

4:23 later, the Ice Flyers scored again after Bernard’s shot from the point ricocheted off the boards behind the net and came out in front onto the stick of Milan. He found the gap between Patrick Spano and the post and put the Ice Flyers up by two.

The Marksmen responded quick to pull within one. Darren McCormick chipped the puck into the left corner to Jake Hauswirth who cut to the net and took a backhand shot that was stopped by Defiel. The rebound kicked out into the slot, where a streaking Ben Bauer came and released a quick snapshot past Defiel with 7:15 left in the opening frame.

The Ice Flyers added an insurance tally before the period concluded. Trever Hertz stripped the puck away from the Marksmen behind the net, and fed the puck to Jari Allevi, who beat Spano for the 3-1 lead.

The Marksmen were able to survive a strong middle period by the Ice Flyers. Outshot 15-4, and killing off three penalties, the Marksmen kept the deficit at two going into the second intermission.

After a delay to the beginning of the third due to ice Maintenance, the Marksmen come out to a strong start. Adjustments during the intermission put the pressure onto the Ice Flyers. The strong play of Defiel, however, was enough, to lead Pensacola to the weekend sweep.