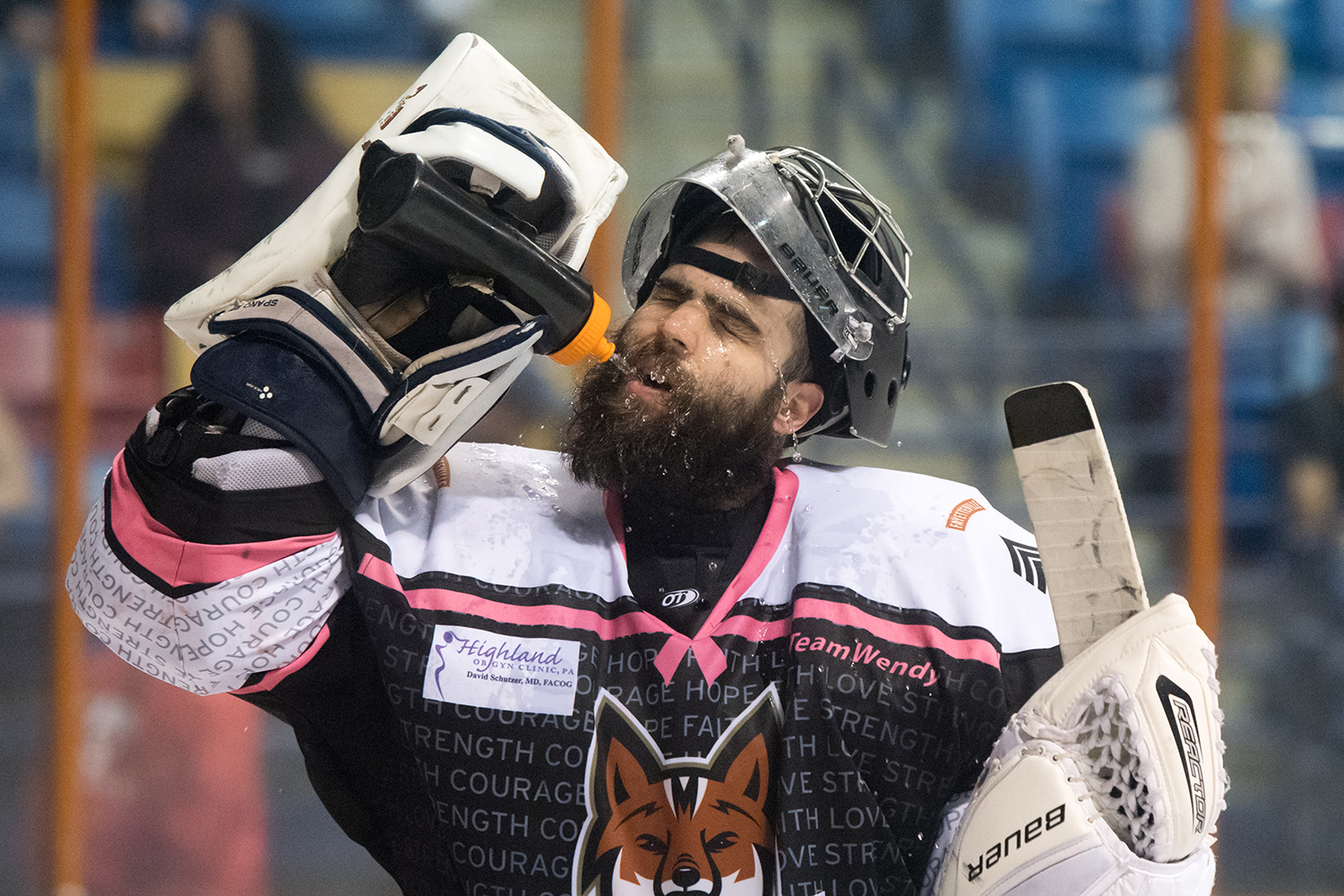 Fayetteville, NC– The Fayetteville Marksmen battled tough throughout the game, playing the second-place Pensacola Ice Flyers in a tight game, but ultimately fell, 2-1, on Friday night at the Crown Coliseum.

The Marksmen came out to a furious start to the game, taking an early 5-1 shot advantage. The Ice Flyers survived the early rush and jumped to a 1-0 lead at 12:15 in the first period. David Mazurek broke into the Marksmen zone on the left side, put a quick shot on net that was stopped by Patrick Spano. Mazurek was able to pick up his own rebound behind the net, banking it off of the back of Spano and into the net.

It appeared the Ice Flyers would take over the game, as they controlled play most of the period. However, Spano would not allow that to happen. He stopped all 13 shots he faced in the frame, allowing the team to stay within reach. The Marksmen tied the game with just 3:42 remaining in the middle stanza. Tommy Fiorentino lofted a centering pass to Brad Campagna as he came hard into the zone, ripping a shot into the top right corner past Gordon Defiel.

At the 12:08 mark, Spano made an initial save as the Ice Flyers came streaking off the boards. He then immediately went into a split to stop the rebound bid, keeping his team tied. Shortly after, the Marksmen were unable to hold the puck in the offensive zone, leading to a 2-on-1 for the Ice Flyers. Jari Allevi took the initial shot from the right side, and then was able to bury his own rebound giving Pensacola the 2-1 lead with 9:55 left on the clock.

Unfortunately, the Marksmen were unable to capitalize on 6 power play opportunities, and fell to the Ice Flyers, 2-1.

Spano’s 45-Save Performance Not Enough on Education Day