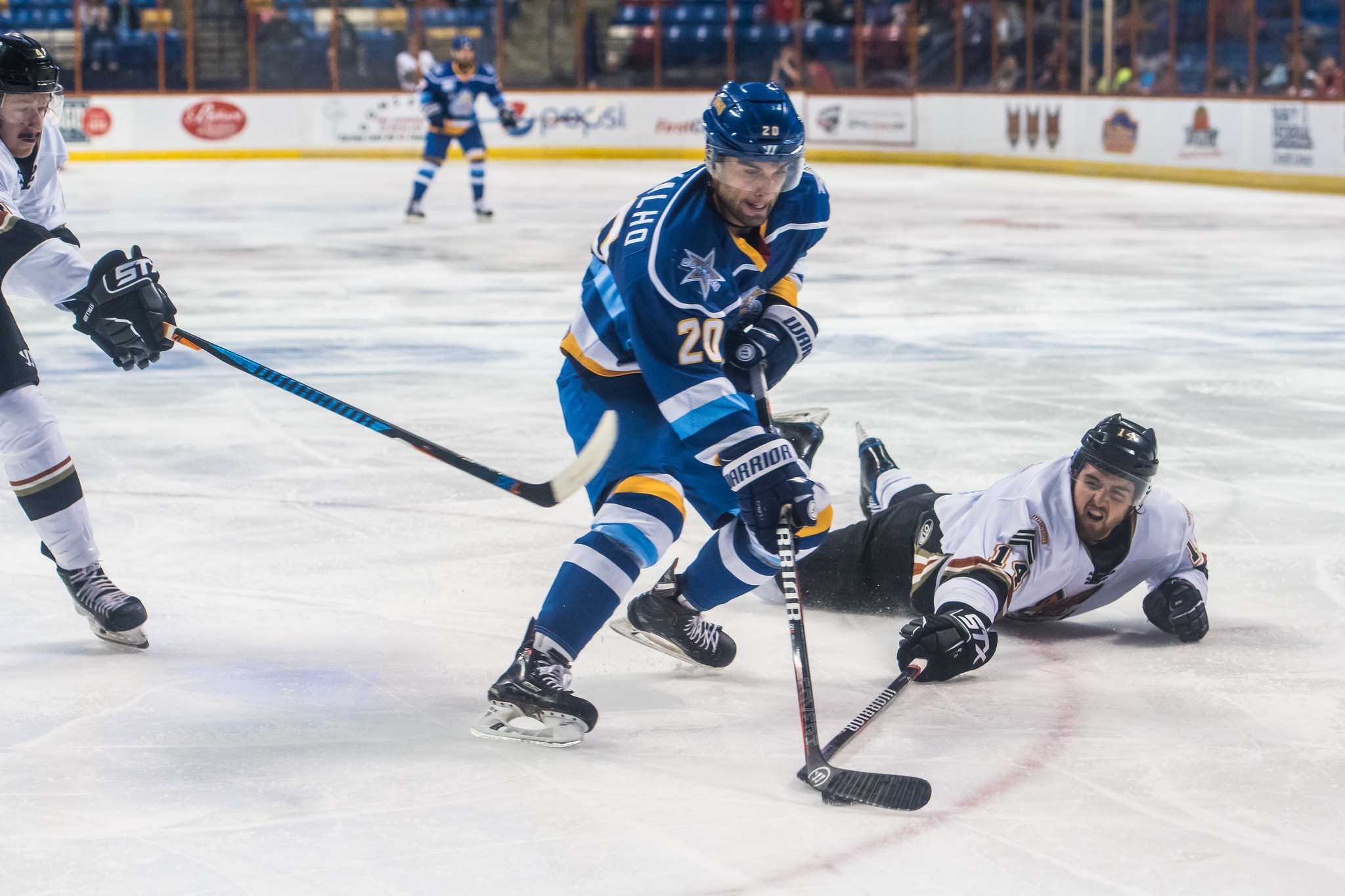 FAYETTEVILLE, N.C. – A lively weekend and two more wins to boot send the seven-game streaking Marksmen (14-11-3) into their second straight weekend against rival-Roanoke.

Rookie goaltender Nathan Perry, with just three starts under his belt as a pro, is proving his worth early in his time with the team. Boasting a 93.9 save percentage and only allowing 1.67 goals per game in his first three games with Fayetteville, he’s excelled in what was feared to be a serious gap for the team with the loss of ECHL call-up Dillon Kelley. Perry’s nearly perfect weekend not only earned him team honors as the First Command Proven Performance Player of the Week, but got him league-wide recognition as the Warrior SPHL Player of the Week.

His and the defenses role was especially crucial in the weekend series, as goals came at a premium; only six combined goals were scored in the two-day tilt. Nolan Sheeran was one of the few multi-point scorers for either team, logging two points, including an assist to Tim Kelich for the game-winning and only goal of the contest Saturday.

Fayetteville’s defense looks to continue a hot streak, as they’ve only allowed two goals in the last three games, including two shutouts. Head Coach Jesse Kallechy continued beefing up the defense with another trade acquisition, getting 6’5 defenseman Cory Melkert from Pensacola on Tuesday, in exchange for Future Considerations. Melkert, the long-needed sixth D-Man for the Marksmen, comes to Fayetteville after stints in Pensacola, Evansville and Roanoke.

The Marksmen take their sixth trip of the season to Roanoke on Friday, looking to improve upon their 4-2 record inside the Berglund Center this season. Last weekend, the Marksmen were perfect on the Penalty Kill in Roanoke, and a perfect 7/7 on the weekend overall. They’ll look to start things off right once again at 7:05 on Friday.

Saturday Night at 6 P.M. is Hometown Heroes/First Responders Night (pres. by USAA) at the Crown. All First Responders (active-duty or retired, including military) receive $10 tickets to the game. Saturday also starts a four game home-stand for the Marksmen, extending through January 27th.

The Marksmen are back home Saturday, January 19 for our Hometown Heroes/First Responders Night. Tickets are available now by calling the Marksmen office at (910) 321-0123 or clicking on the date above!

Tickets for First Responder’s are just $10 HERE and at the Crown Box Office (with ID).