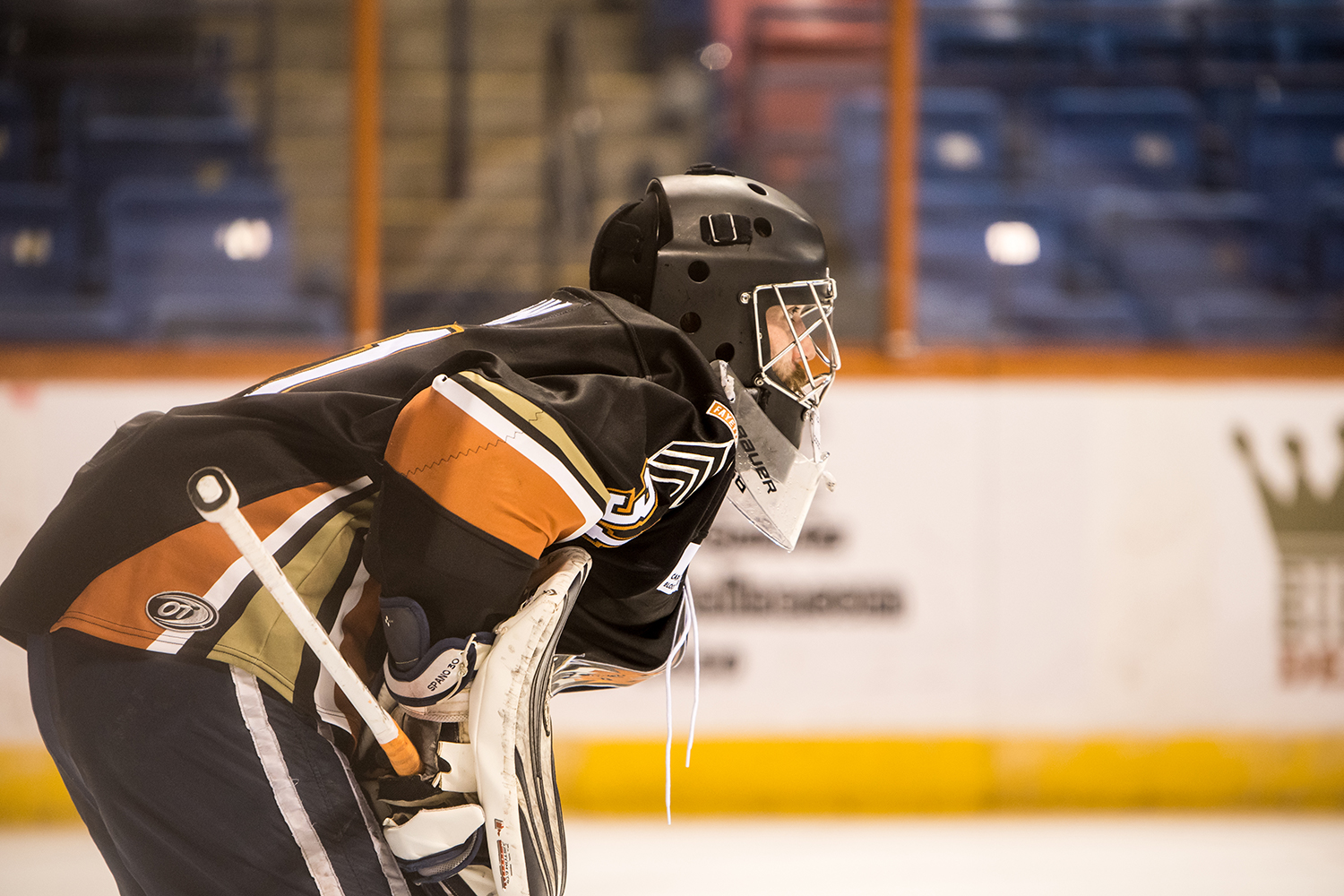 Birmingham, AL– Patrick Spano posted a career-high 59-saves, but the Birmingham Bulls found the equalizer late in regulation and went on to defeat the Fayetteville Marksmen, 2-1, in the shootout Saturday night at the Pelham Civic Complex.

In a stark contrast from the night before, the Bulls looked sharp in the opening period and dominated the play, outshooting the Marksmen 17-6. Fortunately for the Marksmen, Spano covered all the angles and the defense made things difficult for the Bulls’ shooters and the first frame ended with no score for either team.

The middle stanza opened much like the first period, with the Bulls coming out strong, but midway through the frame, the Marksmen swung momentum in their favor. With their first power play attempt of the evening, the Marksmen hemmed the Bulls in their own zone for the duration of the minor penalty but couldn’t find the back of the net. Off the ensuing faceoff, just after the expiration of the infraction, Justin Blaszak poked the puck ahead to Ryan Patsch, who found Jesse Facchini at the top of the left circle for the one-timer, blistering the shot past Charlie Millen.

Birmingham regained their first period form, peppering Spano with continuous shots throughout the final frame, and eventually earned the equalizer with 3:11 left in regulation. With the Bulls scrambling around the net of Spano, the puck squeaked out to the top of the left circle for Graham Yeo, who saucered a cross-ice feed towards the blade of Phil Tesoriero, who deflected the puck past the outstretched glove of Spano.

Each team earned a point as the game progressed to a three-on-three, sudden death, overtime period. In the extra frame, the Marksmen came to life, peppering Millen with 10 shots, but couldn’t sneak one past the Birmingham netminder.

In the shootout, Jake Hauswirth and Tommy Fiorentino scored for Fayetteville, but it was not enough, as the Bulls recorded three goals in the five-round skills competition, giving them the 2-1 victory.