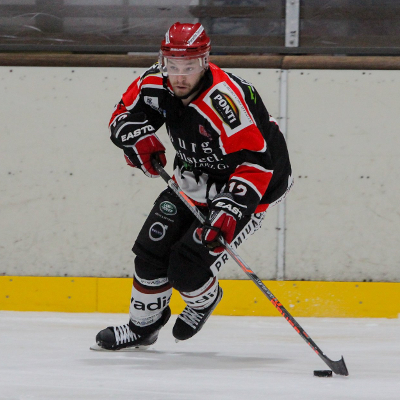 Now, he looks to stake his claim in North American professional hockey, after lighting it up in the Germany4 professional league.

Davies was born in Demorestville, Ontario and soon found his way up the junior hockey ladder, starting in a Junior “C” league in Ontario, and eventually finding his way to the well-touted OJHL, where he scored 51 points (25G+26A) in 50 games.

This dynamic point performance lead him west to Saskatchewan, as he would join the Humboldt Broncos of the SJHL for two seasons, finding his claim to 85 points (37G+48A) in 107 games.

Following his career from Junior Hockey, Davies would continue to head for new frontiers, as he’d sign his NLI with Alaska-Fairbanks (NCAA D1) and play in 9 games for them in the 2013-2014 season, accumulating 3 points (1G+2A). He would finish out his collegiate career by transferring nearly half-way across the world to New York, to play at SUNY-Oswego, putting up 32 points (14G+18A) in 44 games with the Lakers.

After last year’s graduation from Oswego, Davies would get the call-up to the SPHL, where he had a three game stint with the Mississippi Riverkings. After a taste of professional hockey, he’d spend last season in Europe, playing in the Regionalliga (Germany4), where he’d absolutely destroy team defenses and goaltenders by putting up 121 points (49G+72A) in just 39 games.

Davies has been attending the South Carolina Stingrays camp ahead of Marksmen Training Camp on October 9. Head Coach Jesse Kallechy was excited by the idea of having him in camp.

“Joey has found his scoring touch at every place he’s stopped at, and you can see that in his numbers,” said Kallechy “He’s got a high compete level, and has a drive to succeed. Those are qualities that I like to see in my players.

The Fayetteville Marksmen are excited to welcome Joey Davies to his new home for the 2018-19 season, and look forward to him being the bedrock of what promises to be an exciting season of hockey in the Cape Fear. Opening Night is TWO WEEKS from today, as the 2018-19 Marksmen Home Opener is October 19th against the Roanoke Rail Yard Dawgs, and tickets are on sale NOW!

Four Reasons You NEED To Attend Opening Night on October 19