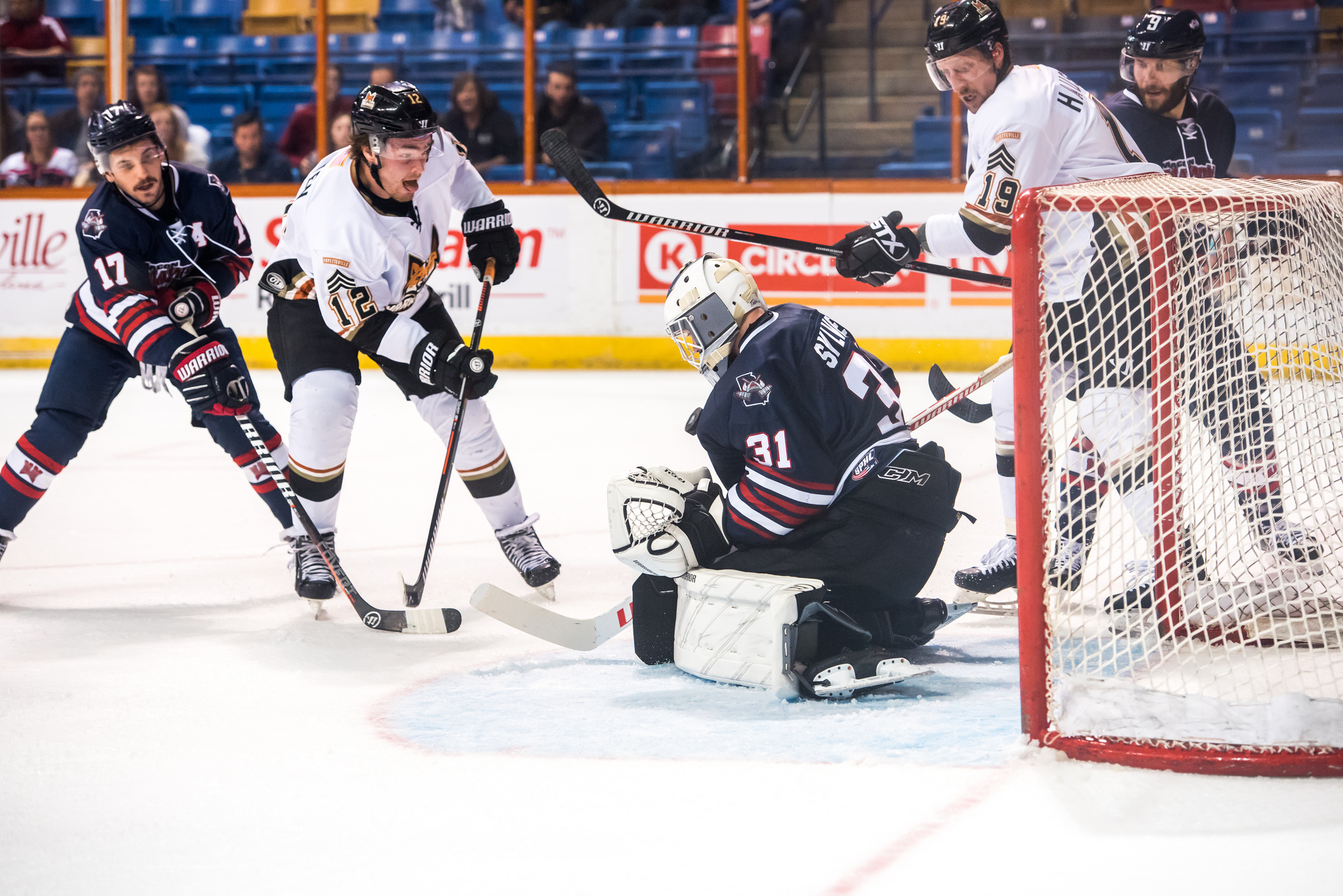 FAYETTEVILLE, N.C. – A rough spot in the latter-half of the season for the Marksmen brings them into a pivotal home series against Macon. Since the 8-2 loss to Knoxville on February 4th, the Marksmen have accrued a dismal 1-5-5 record. With the slide, Fayetteville moves into a tie for fifth in the standings with Roanoke. Just a week ago the Marksmen were a win away from fourth place, showing what a simple losing streak can do to a team.

Fayetteville goes into a crucial six-game homestand, their final home games of the season. The Macon Mayhem come into the Crown for a pair of games this weekend to kick off the homestand. These same two teams played a pair of games last weekend in Macon, with the Marksmen losing both.

The Marksmen still don’t have their two goaltenders on the permanent roster. Season-long starting goalie Dillon Kelley will miss the weekend, as he is suspended for actions following the end of last Friday’s contest. Nathan Perry will be the starter in both of the games this weekend. Backing him up is Emergency Backup Goaltender Jake Moore from The College at Brockport. Moore started a game last weekend in Macon, his first ever professional start. He will be unable to enter, as an EBUG, unless there were some reason Perry were unable to play. Play in the crease will be key, as the Marksmen gave up 4.5 goals per game last weekend.

One of the most obvious things that need to happen for the Marksmen is goals. Fayetteville needs to score in all aspects of the game, as nine of their last 10 games have been one goal games. The only game in the last 10 to not be a single goal game being the 5-1 loss last Saturday at the hands of the Mayhem.

Closing out games is key for the Marksmen, as they’ve failed to do so of recent. In both of last weekend’s games Macon scored the game-winning goal in the final period. Macon scored four total goals in the third period last weekend, contrary to the Marksmen failing to score at all.

Every game counts for the Marksmen as with only 11 games to go, the Marksmen need seven points to clinch their spot in the postseason. A pair of key games this weekend against Macon will start to show who the Marksmen really are going into the final stretch of the season. A trio of games against ninth place Quad City might not seem like a big deal, but they too are fighting for a playoff spot, being one spot out.

No team will be a cake walk for the Marksmen and they know it. Seven of the final 11 games for Fayetteville are against teams ahead of them in the standings, four of the seven being away from the Crown. Even with the recent slide, the Marksmen sit only five points out of fifth place. They don’t play another game against Knoxville this season – the team tied with Macon for fourth right now. Two big wins over Macon could catapult the Marksmen into prime position for the playoffs.

It’s a weekend you can’t afford to miss, as few games remain at the Crown this season.