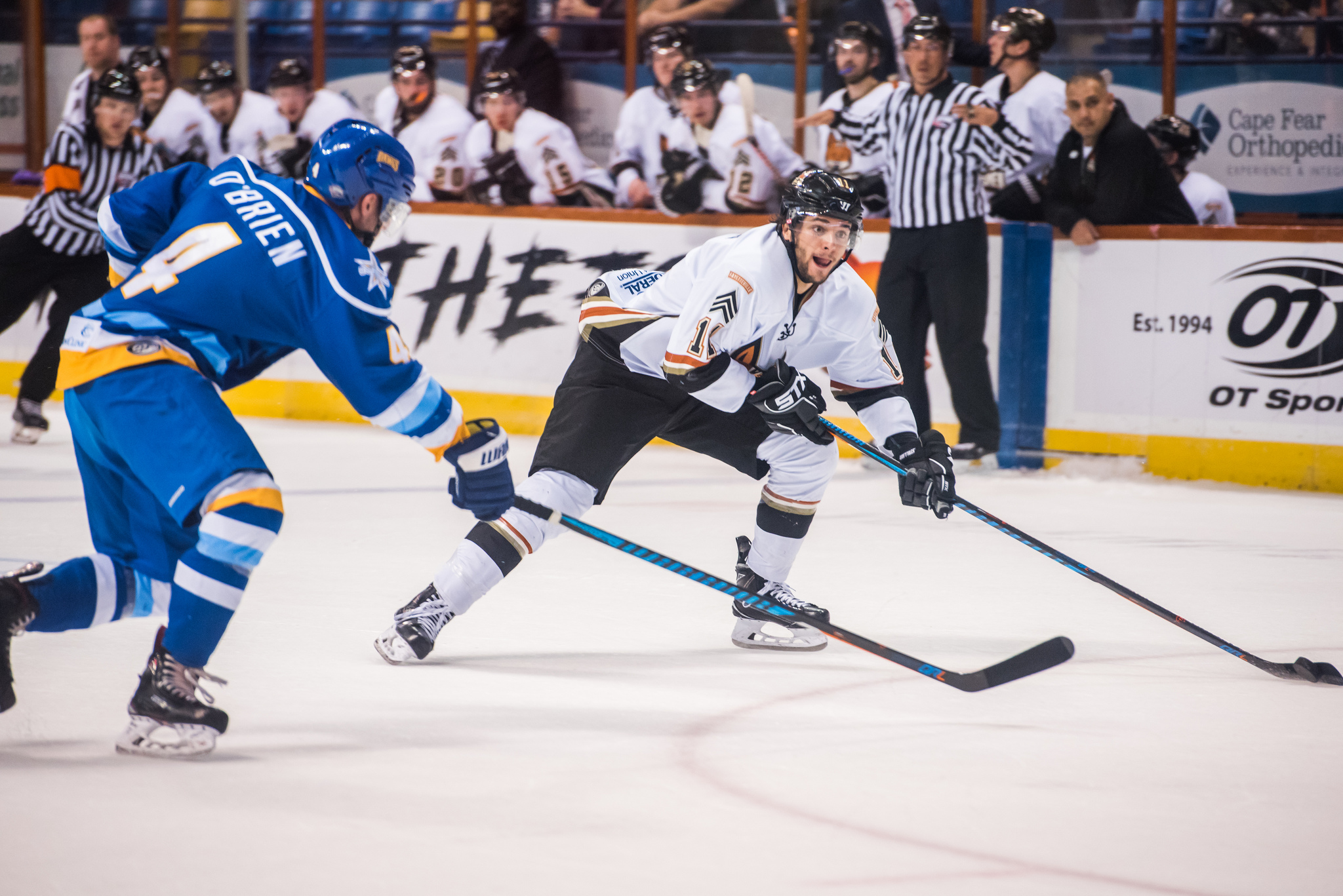 FAYETTEVILLE, N.C. – Entering the final game of the Home-and-Home series against the Rail Yard Dawgs, the Marksmen found themselves on a six game winning streak.

Playing their best hockey so far this season, the Marksmen showed no signs of slowing down last night. Nathan Perry recorded his first shutout in the SPHL in the Marksmen’s 1-0 win against Roanoke. Tim Kielich scored the only goal of the game, once again scoring the game-winning goal for the Marksmen.

The first period was a strong one in terms of offensive scoring chances for the Marksmen. Repeatedly attacking the net throughout the period, the Marksmen put Jacob Caffrey to work early. Although the first ended tied at zero, it was completely one-sided with the Marksmen having 14 shots-on-goal.

The second period, much like the first, was scoreless throughout. With the Dawgs leading the period in shots-on-goal with eight, things were somewhat uneventful during the second. Paul Fregeau was the only player who served time in the Kevin Jones Plumbing penalty box.

As the third and final period began, it remained back-and-forth. This tight contest became clear-and-evident that it’d be a one goal game. With less then half-the-period remaining, Nolan Sheeran was looking to make something happen. Coming up with a shot from the right-circle, a Caffrey rebound would get taken by Sheeran, and perfectly backhanded to Tim Kielich. Kielich, with a perfect feed in front, would score another game winning goal for the Marksmen, his eight goal of the season overall. In a dramatic final nine minutes, the Marksmen defense and goaltender Nate Perry would hold off an intense rush from the Dawgs.

Kielich’s goal, and Perry’s 22-save shutout gave the Marksmen their seventh straight win, keeping the hot streak alive, and opening the 2019 home-schedule in hot fashion.

Fayetteville now stands at 14-11-3 on the season, looking to keep good going as they do battle with the Rail Yard Dawgs in a similar home-and-home fashion next weekend.

The Marksmen return home to the Crown Coliseum on Jan. 19th for the First Responders/Hometown Heroes Night.