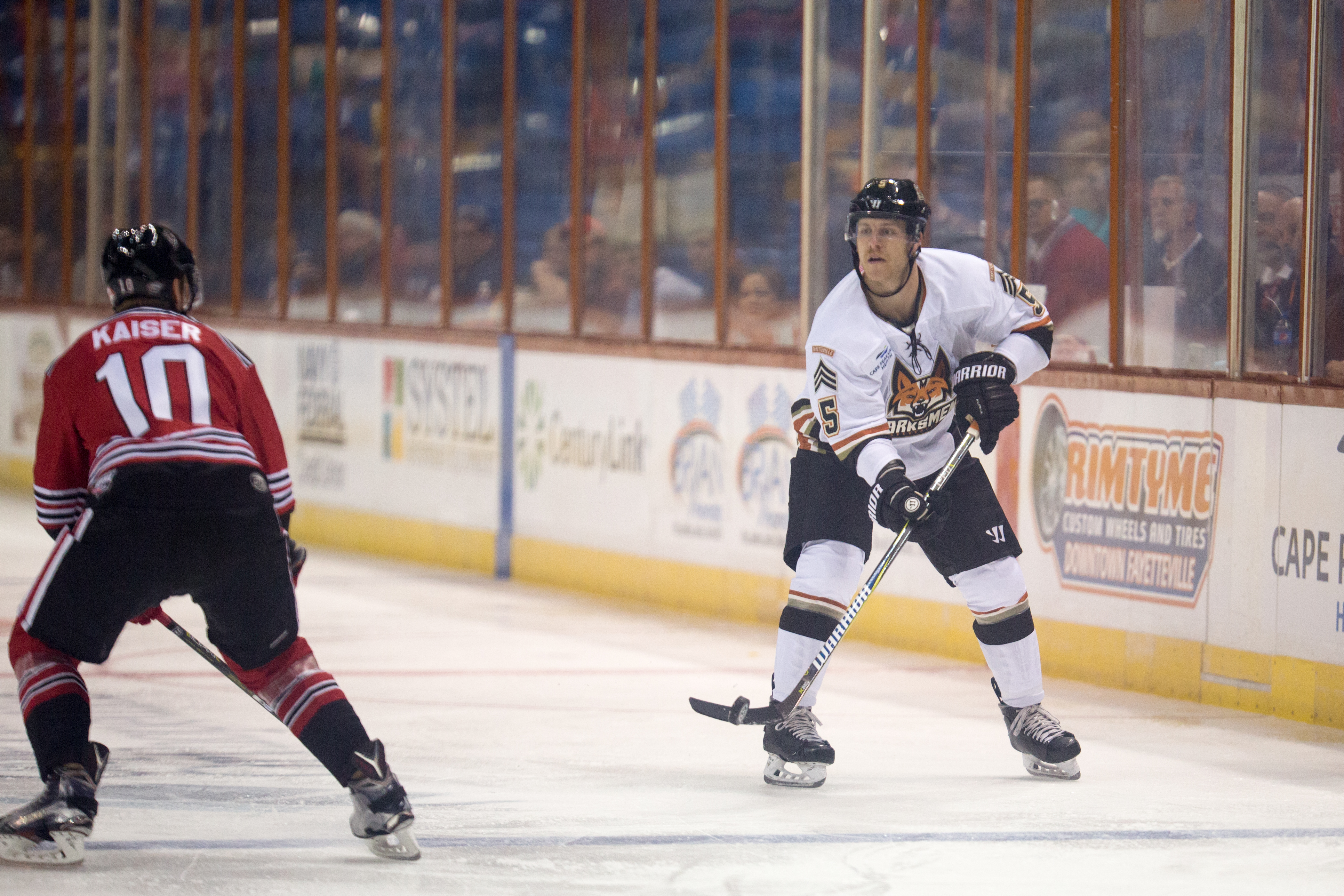 Pensacola, FL- Despite out-shooting the Pensacola Ice Flyers, the Fayetteville Marksmen dropped their fourth straight with a 5-1 loss Friday night at the Pensacola Bay Center.

Each team traded chances early in the first frame, but the Ice Flyers found the back of the net first, just 4:05 into the contest. Rushing into the zone, the puck was pushed to the far side of Peter Di Salvo, just missing the net. The puck then caromed off the boards and to the tape of Jessyko Bernard, who found Garrett Milan on the weak-side of the defense for his fourth of the season.

After that strike, each team began peppering shots on the opposing netminder, but once again, the Ice Flyers would strike to take a 2-0 lead late in the first. Working a three-on-two into the zone, Mark Essahki fed a soft pass to the slot, finding Bernard who rocketed the puck off the pads of Di Salvo. The ensuing rebound rolled to the slot, where Brian Morgan lifted a backhander to the top corner.

Just one minute late, it became a 3-0 game courtesy of Milan’s second of the night. On a broken play, Bernard found the puck to the right of the Marksmen net, just below the goal line, poked the puck to Milan who was in perfect position for the redirection.

Despite shots being even at 16 apiece after one, the Marksmen carried a 3-0 deficit through most of the middle frame, until finding pay dirt in the form of Cody Walsh’s second of the season. Picking the puck up behind Di Salvo, Walsh carried in for the coast-to-coast strike, stepping around the defense of the Ice Flyers and pushing the puck through the pads of Sean Bonar. The goal was the first Bonar has allowed in SPHL play all season.

That was as close as the Marksmen would get, as the final stanza began with an early power play strike from the Ice Flyers to make it 4-1. Holding the puck in the zone, Stephen Hrehoriak rimmed a shot around the boards behind the net to the waiting stick of Morgan, who connected on a cross-slot feed to Matt Johnson for the backdoor feed, into the open net.

With just under four-minutes left to play, Pensacola capped off the scoring for the night. With the puck at the right point, Tim Boyle lifted a long wrister that was deflected in the slot by Hrehoriak and past Di Salvo to make it 5-1.

Game Notes: The Marksmen outshot the Ice Flyers, 33-29. Fayetteville was 0/4 on the power play and 3/4 on the penalty kill. Walsh’s second period goal was the first allowed by Bonar in three games this season.