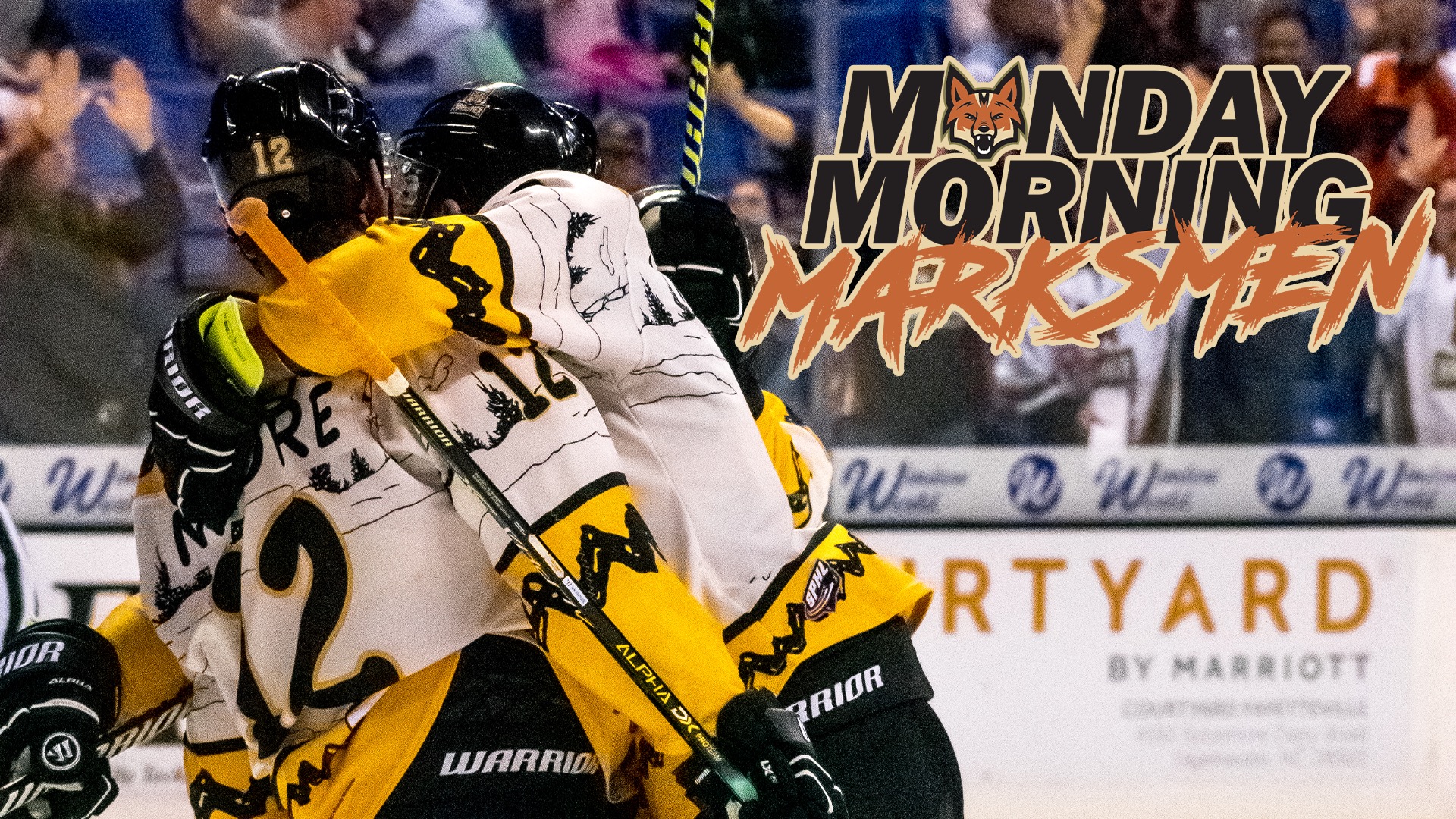 This coming week is the rarest week in all of minor league hockey—the bye week. And frankly, this article could be some short quip of, “see you next week,” or maybe, “this isn’t farewell, just so long.”

All quiet on the western front?

Candidly, this won’t be the longest read you’ll have all season because there isn’t a lot to say.

What fans saw this weekend—a conglomeration of FPHL guys, guys pulled off their couches, and a couple of well-recruited pieces—will not be the long-term Fayetteville Marksmen. The rash of injuries and other concerns that ballooned over the course of the week seemed more like a ill-fated attempt at humor than anything else.

With every trip down the elevator and into the hockey operations area, it seemed like another nameplate was getting ripped off a jersey and another one sewn on. (And equipment manager Ryan Sanford deserves more credit than most—seven new names on three different jerseys is a herculean undertaking, and he was seamless in it.)

“Sandbox” and his staff often go unrecognized because they’re often in the belly of the arena sewing, taping, sharpening and doing whatever else it takes to get the team ready. They’re good people and you won’t find many who work as hard.

It doesn’t matter once the puck drops who tweaked what and why—you play the hand you’re dealt.

For three games this weekend, the Marksmen were playing with a hand tied behind their back, but then you saw the life and the fight.

Alex Renaud and Ryan Kuhn earned their first SPHL points on the same play to open the scoring on Friday. Jon Buttitta assisted on Bryan Moore’s goal that triggered socks and underwear to pour onto the ice on Saturday. And even though it was in relief, Chris Paulin made his SPHL debut in goal.

You like to see good people be successful. Every one of those “magnificent seven” new faces knew their role and knew their chance and took it. That’s gutsy—and it was rewarded in Saturday’s memorable overtime win.

What a moment to be there to witness too. Bryan Moore was a superstar in his return from suspension—scoring a goal, logging the game-winning assist, and even winning a fight in the first period.

Then to see the game-winning sequence appear on SportsCenter as the number three play in the Top Ten—breathtaking.

Last week we talked about special moments and a remarkable win in Roanoke, and this week again, the discussion is about Saturday’s heart-stopping, improbable win.

As the team breaks until December 16, we all get to relax a bit and breathe. The roster gets to heal without the added stress of games to play.

Breaks are always welcome, but sometimes they don’t come at nearly as opportune a time as this. There’s no certainty that this break means everyone comes back perfectly well, but there is a promise and a hope that this team is able to get back to having more of the “normal” group.

Maybe this break is an early holiday gift for the Marksmen, just the “hockey gods” smiling down and saying, “Here you go, enjoy.”

But, more appropriately, maybe this week’s hiatus is a reward for the work that put in. Work done by the healthy veterans, the staff, and even those who drove to the Sandhills to fill the roster for a weekend.

You like to see good people be successful—and it can bring you a smile when you see that work rewarded.