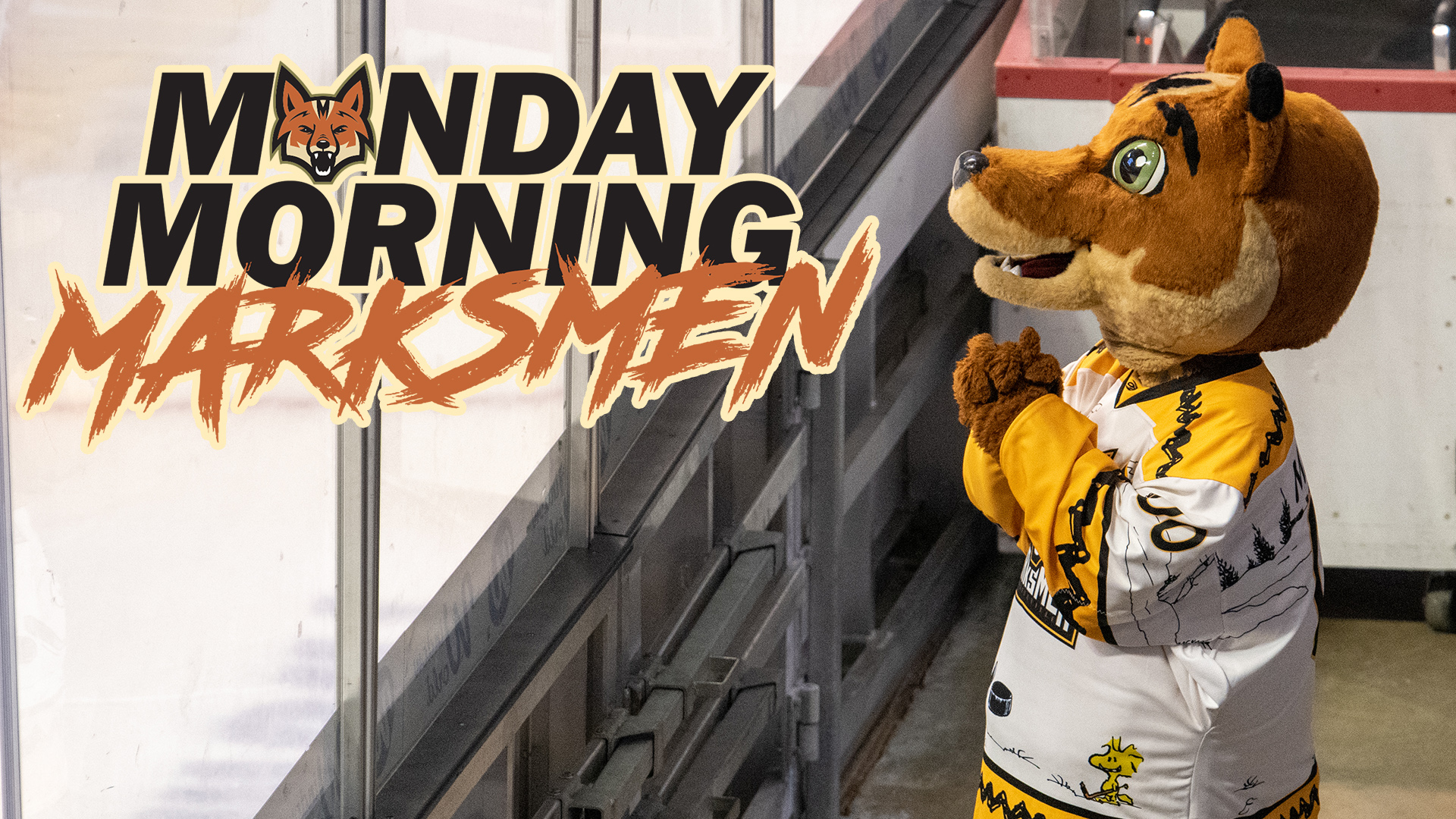 There are few souls who would reject the opportunity to trade the ice and cold for a tropical setting by the ocean. This weekend for at least a handful of the Marksmen, that’s exactly what they did.

And who can blame them?

For many Marksmen players this is their first taste of pro hockey and it has been met with injuries, challenges, and a quickly-found ability to overcome the odds to produce wins.

Head coach Cory Melkert mentioned in early November that it is far better to face adversity early than late, but it has been relentless.

There is never a bad time for a break, but there are times more opportune than others.

However, as the moment comes to pause, rest, and heal, there is a question left—can you come back and be ready almost as quickly?

Games don’t wait until Friday to start. Instead Thursday night’s game in Macon will be met with a road-trip extension for two more games in Birmingham. That’s three testy games in three days.

Macon is trying to put the pieces together after scoring their first win of the season a few weeks ago. The Mayhem defeated Roanoke on Saturday night to push to three wins on the year.

While Birmingham has stalled since last facing the Marksmen, a blown three-goal lead remains fresh in mind for Fayetteville. There is some desired retribution—and after losing Russell Jordan to call-up this past weekend, the Bulls are left with most of the production weight falling to their captain Mike Davis.

No, the Marksmen aren’t perfect, but the I.R. is looking to be thinned out as Marksmen make their respective returns. Furthermore, a group that had been banged-up for the last set of home games is also set to return.

There are few blessings in sports when it comes to the schedule and its timing. No one is clambering to hit the road and begin a stretch of five-straight away from the Crown Coliseum, but this upcoming set of games marks an all-important stretch to “get right.”

Simply said—this is a rare occasion where you can praise the hockey gods for a fortuitous bounce.

It’s hard to write about a weekend without hockey, until you realize just how meaningful it is.

Don’t misunderstand, games weren’t won or lost this weekend, but chances to win ticked upward for the rest of the month.

And for the Fayetteville Marksmen, that’s an early present to cherish.

Marksmen return from break with a bang Scroll to top