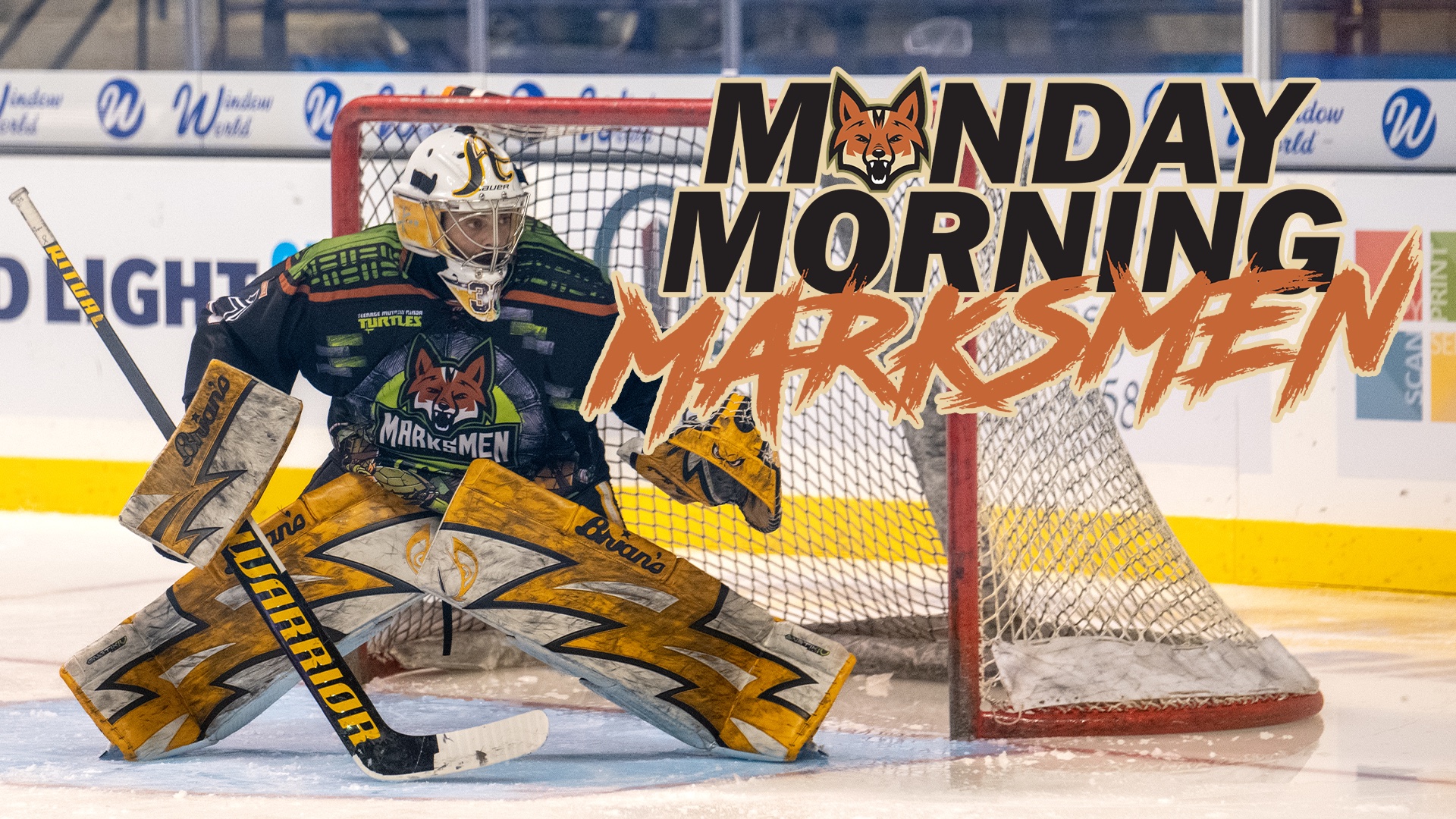 In every other blog this season, I have done my best to write with journalistic honesty and from the third person. It isn’t the easiest way to write when recounting a firsthand experience, but it is the most responsible.

This week, it is most responsible and most honest to write in first person—on a weekend that I will never forget and where I learned lessons that, though painful, made me better.

I was late to bus call this week.

I could tell you it was because I didn’t know where the most up-to-date information was or I could tell you that I wasn’t put in the best position to know—but that’s an excuse. I’ve worn it.

I have never been late before in my now-three-year career working in minor league hockey, and I sure won’t ever be again.

That’s culture—a day one principle for this group. And it’s such a staple to this team that there was a handbook written about it.

Want to see a winner? Look at Ryan Sanford, the equipment manager.

Sanford, “Sandbox,” is the epitome of preparedness. When Harrison Harper was unexpectedly released from the Norfolk Admirals on Friday morning, Sandbox had no reason to pack the number-3 sweater believing that Harper would be absent for the weekend, but he did.

In the stinging rain of a shopping center parking lot in Augusta, Ga. Sandbox, trainer Kyle Sherrill and the coaching staff combed through both sets of uniforms packed for the road trip and confirmed that “3” was there and stitched.

Want to see a winner? Harper drove his Dodge Dakota just to participate in two of the three games this weekend.

Never short on personality, Harper drove from Norfolk to Fayetteville, picked up his helmet, gloves and pants, and then bypassed Macon to meet the team at their hotel early on Saturday morning.

Players don’t hammer out an 11-hour drive (plus seven-and-a-half back) to play for a team with a poor culture. Harper had told me earlier in the season that he always felt like this team had been playing together longer than a few months.

Want to see a winner? How about the between-the-pipes performance this weekend?

Jason Pawloski earned his second shutout of the season on Friday night in a 29-save effort officially (I don’t count shots while keeping score, but I can tell you it felt like 40).

And then Stefano Durante.

In a week where his brother was named SUNYAC (NCAA-DIII) conference goalie of the week, Stefano took the torch Saturday and held the family name and the Marksmen group high.

After the game he couldn’t hide his smile behind the bushy beard—and considering his last start went sideways in Birmingham; that one meant a lot for Durante.

On the ice, it wasn’t perfect. Melkert in his pre-game interview summarized Friday’s game as, “Ugly!”

Thank goodness for back-to-back games and new days with chances to be better. Saturday wasn’t perfect either—but it was better, and improvement is important.

Everyone on the team does their job, everyone laces up and works their you-know-what off, and everyone loads the bus for the next night out (and yes—I learned that lesson this week too).

It’s the culture that’s key. Trusting the process, executing the game plan, never taking moments off, and even taking advantage of chances to improve on the last-time out—the “details.”

Don’t let those little things slip by watching for the rest of the season, it’s a point of pride for this group and that culture isn’t dying anytime soon.