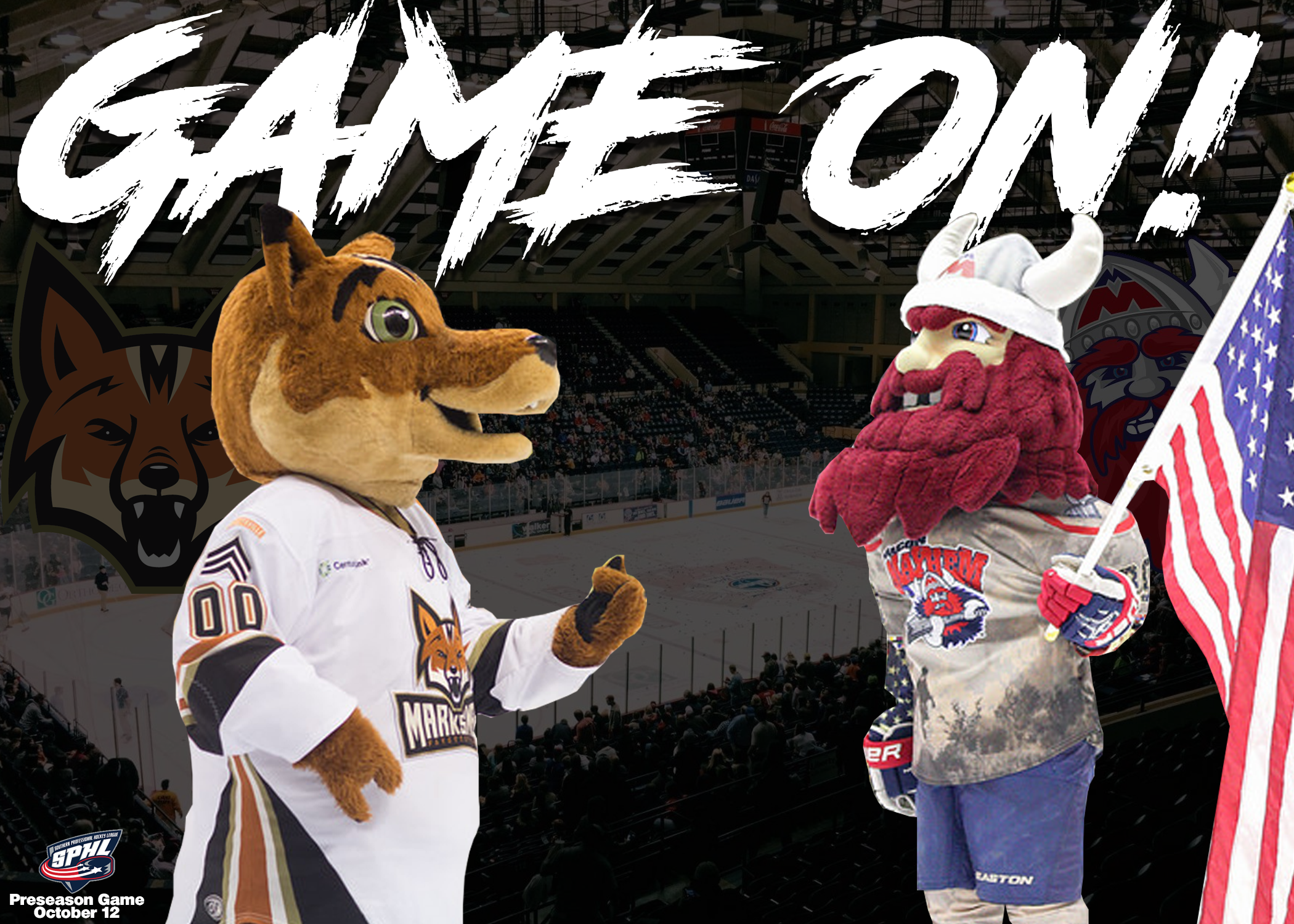 FAYETTEVILLE, N.C. – Three days into Marksmen Training Camp, the potential players will head down to Macon, Georgia to face-off in an exhibition against the second-best team in the 2017-18 Southern Professional Hockey League Regular Season.

On October 12, the Macon Mayhem and Fayetteville Marksmen suit up for each team’s first non-team scrimmage, giving both first-year head coaches Jesse Kallechy and Leo Thomas the chance to see their recruits compete against a different jersey. This exhibition will take place at the Mayhem’s Macon Coliseum.

Macon and Fayetteville makes sense as a preseason match-up, as the two teams will meet nine times during the season, with the first battle taking place just over a week later, October 20, in Macon. Last season, the two met 10 times, with Macon taking the season series.

Head Coach Jesse Kallechy believes that seeing his recruits compete against one of the league’s top teams will give him a real-chance to see the abilities of his team.

“We are really looking forward to travelling down to Macon and seeing our group of players in some real life game situations,” said Kallechy “Leo [Thomas] has done a great job of recruiting talent for the Mayhem, and they have an excellent group of returning players, so we can’t wait to see how our guys will stack up against what we expect will be one of the leagues top teams.”

The Marksmen will start their Training Camp on October 9, with SPHL rosters being finalized on October 17, and league-wide Opening Night on October 19.

The Fayetteville Marksmen organization looks forward to competing with such an elite team, and preparing each other for the 2018-19 SPHL season.

Keep up with the Marksmen heading into Training Camp, the preseason, and all season long on social media for video, exclusive news and updates, and so much more.

The 2018-19 Marksmen Home Opener is October 19th against the Roanoke Rail Yard Dawgs, and Season Tickets are on sale NOW!