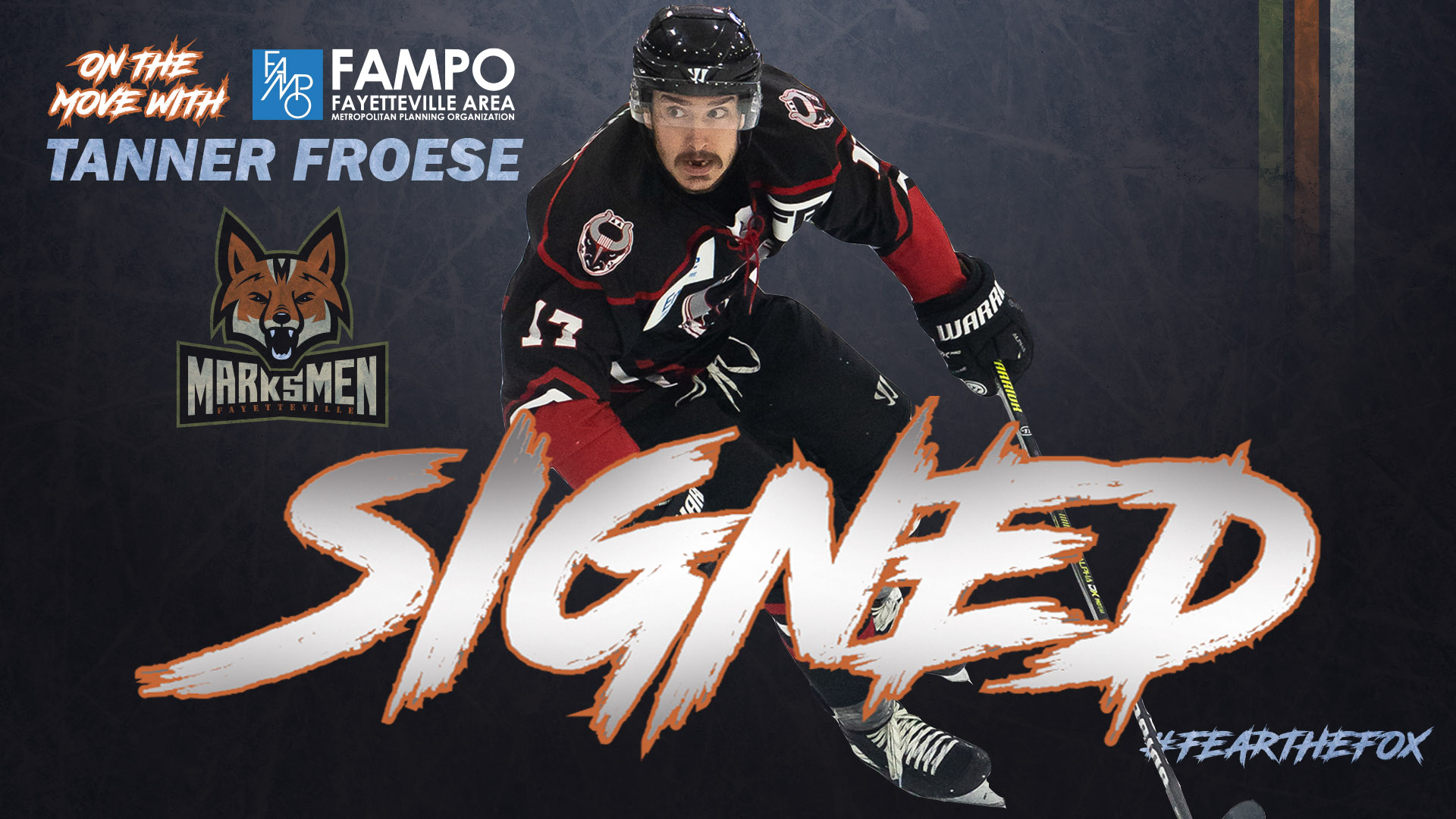 FAYETTEVILLE, N.C.- The Fayetteville Marksmen, proud members of the Southern Professional Hockey League, announced another “On the Move with FAMPO” player signing on Monday morning.

Experienced forward Tanner Froese (pr. FRAZE) has agreed to terms with the Marksmen for the 2021-22 season.

“Tanner has played a lot of games in this league and knows what it takes to be successful at this level,” said head coach Cory Melkert.

The forward from Estevan, Sask. played last season with the Birmingham Bulls and notched 12 points in Alabama.

Prior to the ’20-21 season, Froese was a lynchpin in the Pensacola Ice Flyers lineup. In 78 career games with the Ice Flyers, Froese has logged 33 points including 14 goals.

After a strong career at NCAA-DIII St. Norbert, Froese saw significant time in the ECHL with Fort Wayne, Atlanta and Idaho. Froese played 19 games with the Steelheads in Idaho and earned six assists in his longest ECHL stint.

Prior his collegiate career, Froese was a standout with the SJHL’s Estevan Bruins in his hometown. Froese was the second-leading scorer with the Bruins in 2013-14 trailing only fellow SPHL forward Austin Daae (BHM/RNK).

“When you have such a long career and have played in the ECHL, you have to know what you’re doing,” said Melkert, “he’s got a leadership mentality that will help our group and the right intangibles I want in the room.”