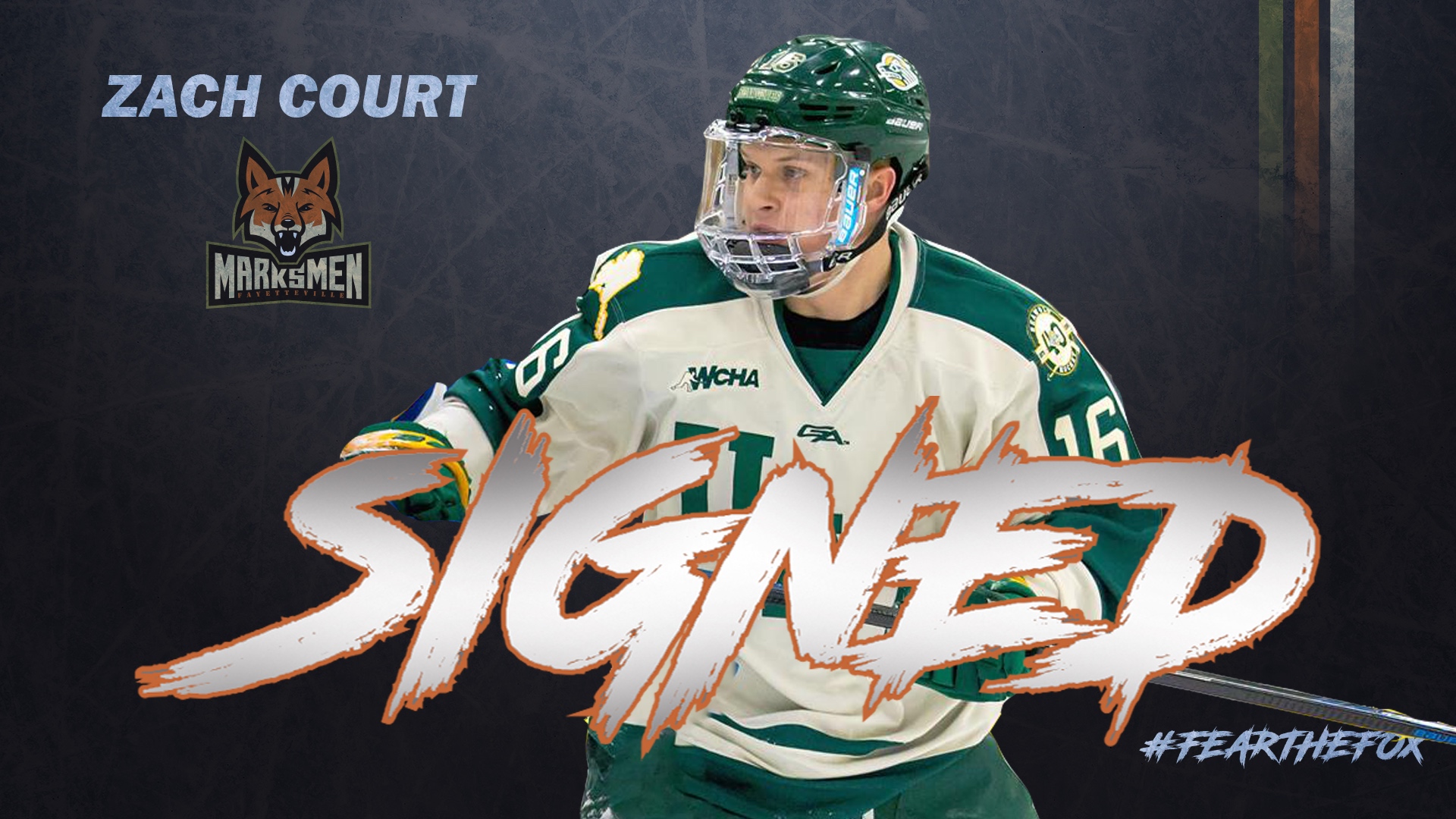 Forward Zach Court, a native of Winnipeg, Mb. has signed with the Marksmen for the 2021-22 season.

“I like that he’s a high-compete guy, when you play D-I hockey and in the BCHL you’ve got a good caliber to you,” said head coach Cory Melkert, “he can make a positive difference for us.”

Court comes to Fayetteville after completing his collegiate career with the University of Alaska at Anchorage Seawolves. In his final NCAA season in 2019-20, Court finished with a career high six points (1g, 5a). Unfortunately, Court was forced to forgo his senior season due to the COVID-19 pandemic.

Prior to joining the U.A.A. squad, Court was a leader on the BCHL’s Merritt Centennials. His best season in the respected junior league was the 2017-18 campaign, where he scored 11 goals and added 30 more assists. His 41 points ranked fourth on the Centennials team that season.

“I’m excited to be a Marksmen,” said Court, “I’m just looking forward to getting down to Fayetteville and getting this started.”

“We’re excited to see what he can bring to the table,” continued Melkert, “I expect him to contribute right away.”