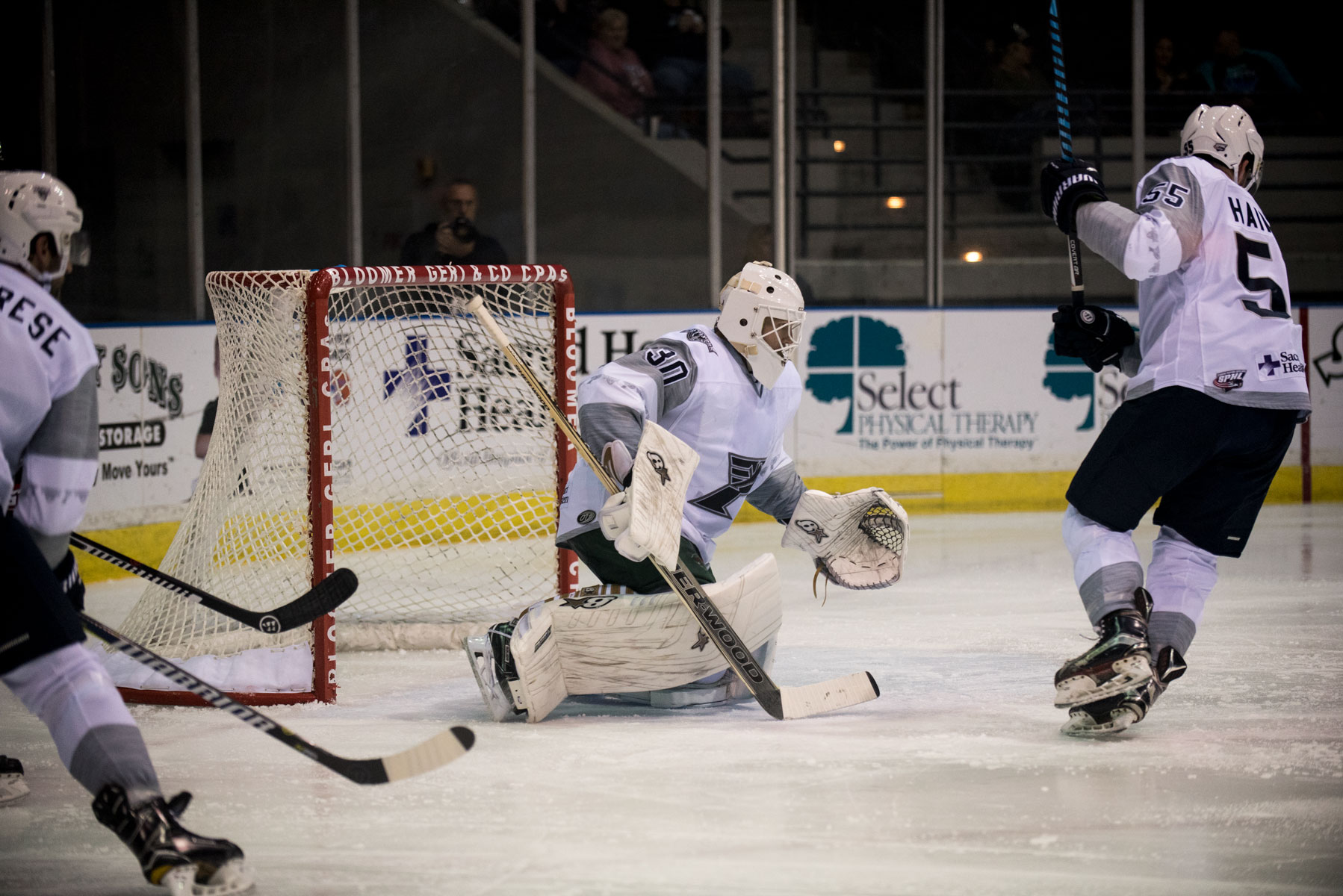 Fayetteville, N.C-  The Fayetteville Marksmen have announced the acquisition of netminder Kent Patterson from the Pensacola Ice Flyers in exchange for future considerations, the team announced on Wednesday.

A native of Plymouth, Minnesota, Patterson comes to the Marksmen for his sixth season of professional hockey. In three games with Ice Flyers this season, Patterson has posted a 2.24 GAA and a 900% save percentage with a 1-1-0 record.

Last season, the 28-year-old suited up for five different ECHL teams (Rapid City Rush, Quad City Mallards, Atlanta Gladiators, Wichita Thunder, and Wheeling Nailers) and one AHL club with the Iowa Wild, although he did not appear in any contest with the Wild.

In all, Patterson has appeared in 87 ECHL contest, the majority of those coming with the Atlanta Gladiators, and seven AHL games, all with the Eerie Monsters.

After the 2011/12 season, the 6-foot-one, 197-pound netminder  signed to an entry level contract with the Colorado Avalanche, following a four-year career at the University of Minnesota. While with the Golden Gophers, Patterson finished with a record of 44-29-9.

After signing with the Avalanche, Patterson was assigned to the Denver Cutthroats of the Central Hockey League, and the Monsters. During his rookie campaign with the Cutthroats, Pattterson finished with a record of 14-10-6, while posting a 3.01 GAA and a 910% save percentage.

Before joining the Golden Gophers, Patterson played for the Cedar Rapids RoughRiders of the USHL, posting a 30-11-4 record in two seasons with the team.

In separate transactions, the Marksmen have released goalies Michael Santaguida and Matt Zenzola.

The Fayetteville Marksmen are owned and operated by Union Pro Hockey Group and play their home games at Crown Coliseum. The Marksmen are a committed community asset, designed to provide premium entertainment to families and individuals in