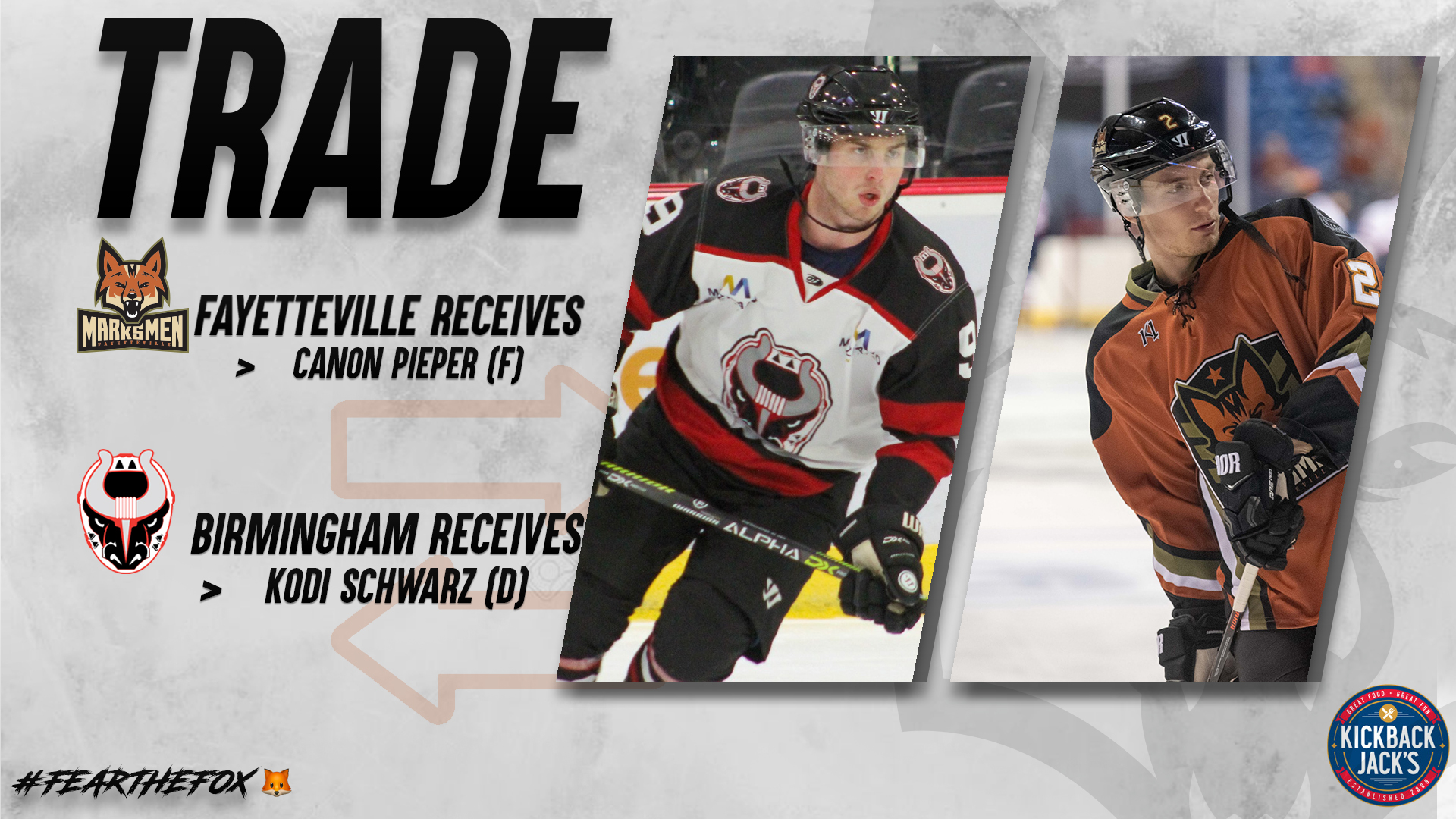 FAYETTEVILLE, N.C. – With an intense weekend series expected between the Fayetteville Marksmen and their foes bound from Birmingham, Alabama in the Bulls, the two teams announce a one-for-one player trade.

In exchange for rookie defenseman Kodi Schwarz, the Fayetteville Marksmen will receive rookie Forward Canon Pieper (pr: pea-per) from Birmingham. Pieper, 5’11 185lb left-hander from Roseville, Minnesota came to the Bulls after four years of NCAA Division 1 hockey with Quinnipiac and Maine. In his NCAA tenure, he suited up in 67 games, scoring 16 points (4G+12A).

During his time professionally with the Bulls, Pieper played in 33 games finding his way to 10 points (4G+6A). He will join the Marksmen ahead of the weekend series with his old squad.

We would like to thank Kodi for his time with the Marksmen, and wish him the best in his future professional career.