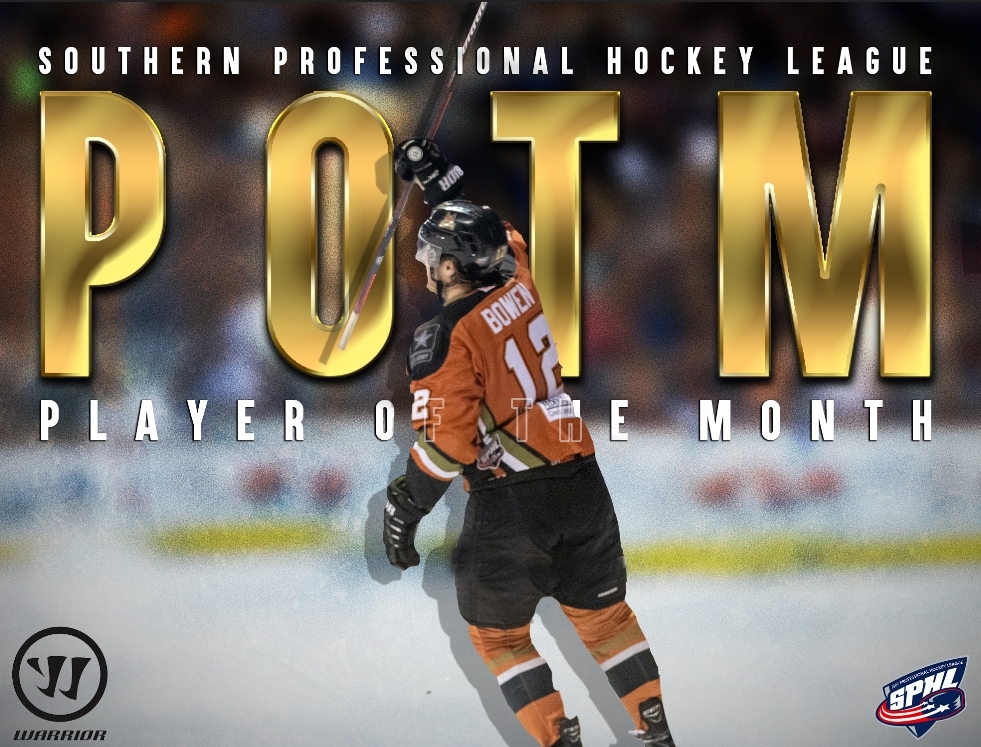 FAYETTEVILLE, N.C. – Second-year Marksmen Forward Brian Bowen has picked up in the 2020 season right where he left off the 2018-2019 campaign; points – and plenty of them.

For the first time in the team history of the Fayetteville Marksmen – and the first of Bowen’s professional career – he has been named the Warrior Hockey / Southern Professional Hockey League Player of the Month for his contributions in the month of January.

Bowen, 24, is currently the league-leader in goals scored with 21, and leads the Marksmen in total points with Max Cook at 38. In January’s 10 games, Bowen scored 14 points (8G+6A), carried a +11, and was responsible for the game-winning goal on January 11 in Macon – his third of the season. His contributions, mixed in with the high level of play the Marksmen experienced, lead the team to an overall 9-0-2 record and an eight-game winning streak.

Scoring is no surprise when it comes to Brian Bowen, who has played in every game for the Marksmen this season. Since joining the Marksmen in late 2018, the Littleton, Massachusetts native has scored 78 points (38G+40A) in 67 games.