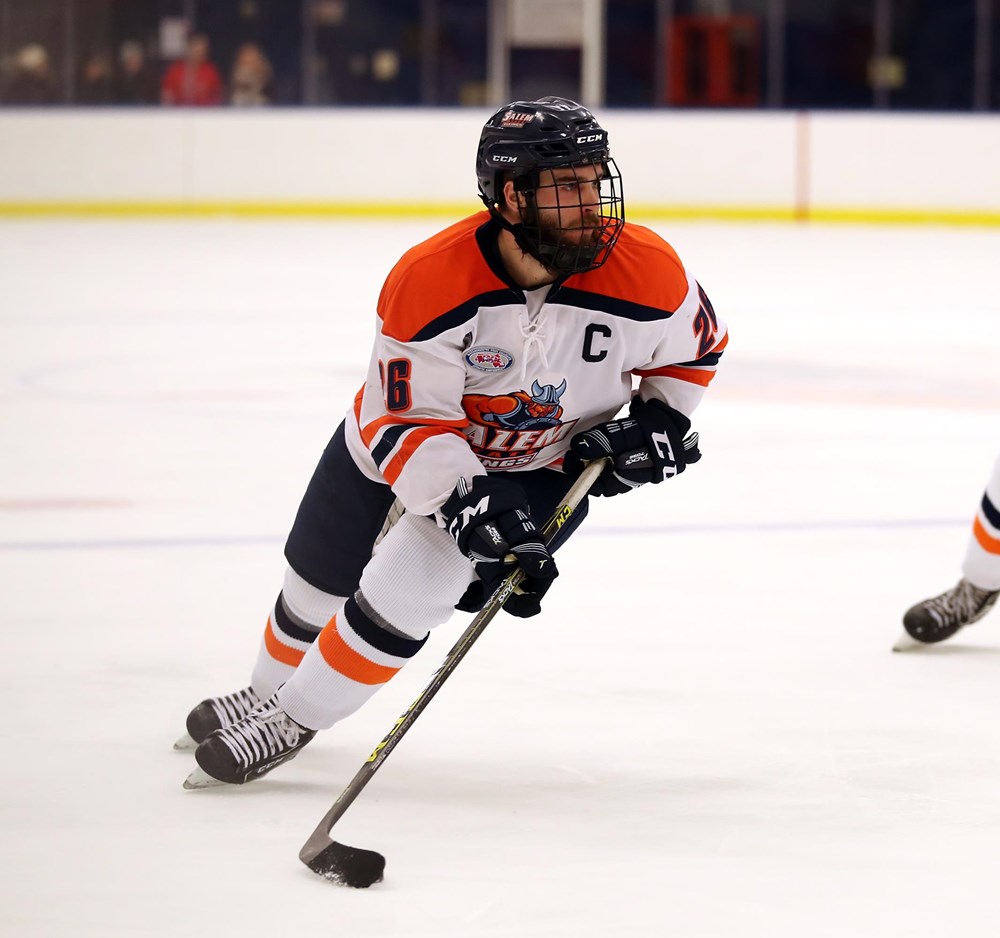 FAYETTEVILLE, N.C. – With two veterans returning to the Fayetteville Marksmen professional hockey club, the time has come to announce the signing of new blood for the 2018-19 season.

What really drew Head Coach Jesse Kallechy’s interest in Casale, was his tenacity and ethic.

“I’m very happy to add Michael to our training camp roster. He comes very highly recommended from many people because of a blue collar work ethic, but also his ability to play in any situation and be effective,” said Kallechy “Michael is a guy who comes to us with incredible leadership qualities, having been a captain everywhere he’s played. He is proud to be a Marksmen, and we are proud to see him in a Marksmen jersey in October.”

This is the first professional contract of Casale’s impressive young career, and the prospect of starting his career here was more than exciting for him.

“It’s an honor to join the Marksmen organization. I can’t wait to be in Fayetteville, and involved with the community, and share my passion for the game with the fans,” said Casale “The opportunity ahead with this team is extremely exciting. I look forward to helping this team and community try to bring a championship to Fayetteville.”

The Fayetteville Marksmen are excited to welcome home Michael Casale for the 2018-19 season, and look forward to him being the bedrock of what promises to be an exciting season of hockey in Cape Fear. The 2018-19 Marksmen Home Opener is October 19th, and Season Tickets are on sale now.