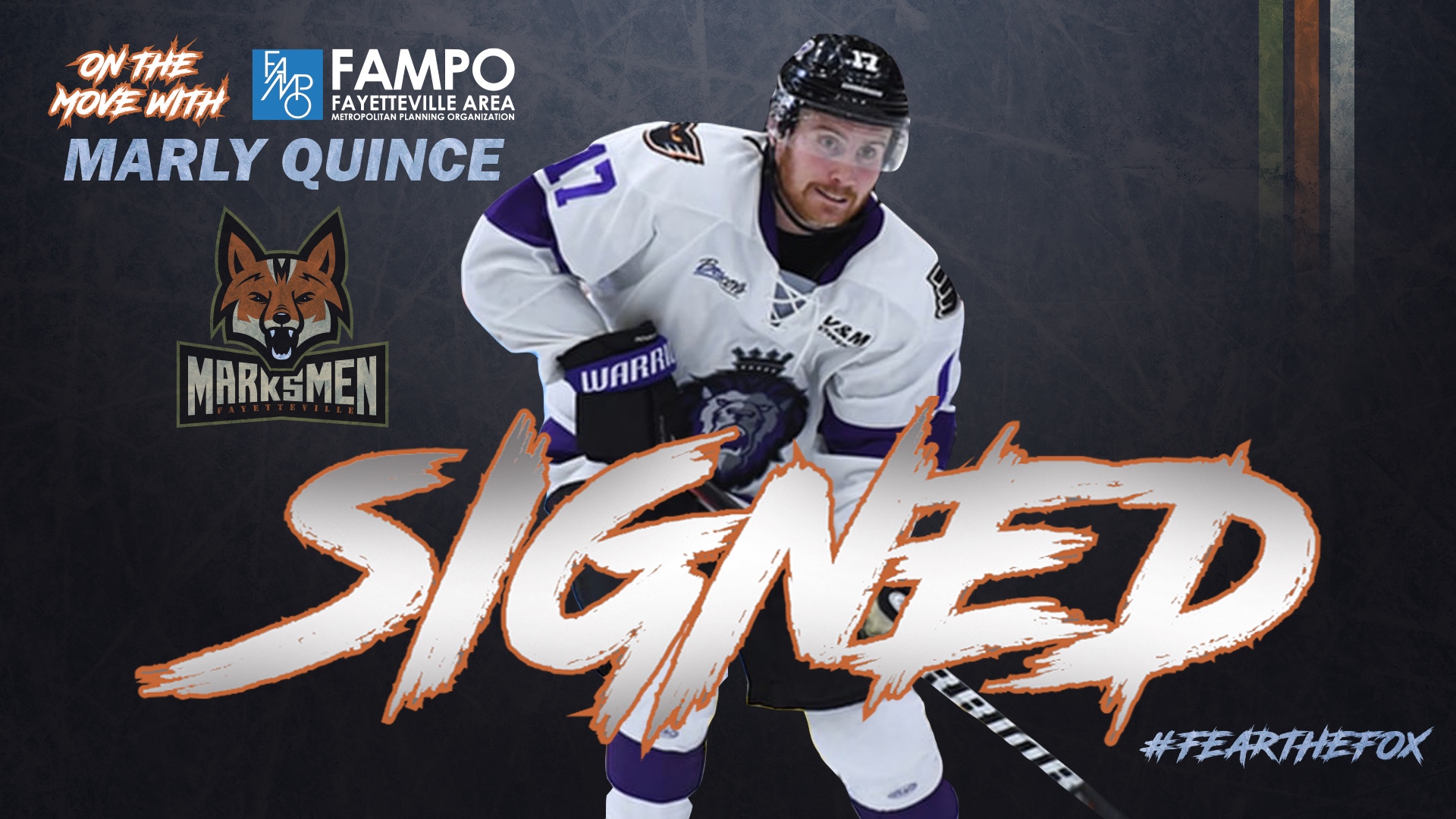 FAYETTEVILLE, N.C.- The Fayetteville Marksmen, proud members of the Southern Professional Hockey League, are “On the Move with FAMPO” on Monday morning.

The Marksmen and forward Marly Quince have agreed to terms.

“Marly has to be one of the most talented players in our league,” said head coach Cory Melkert, “but I think more importantly than that, he’s not someone who thinks he’s given anything and that makes a good hockey player.”

Quince is a four-year product of Clarkson University (NCAA) where he scored 29 points in 101 career games. During his senior season, Quince served as an alternate captain for the Golden Knights.

While he did not play during the 2020-21 season, Quince was highly-sought-after during the 2019-20 campaign. While he logged nine games with the Knoxville Ice Bears, Quince also skated 21 games in the ECHL with Reading and another 5 with South Carolina (4g, 5a in 27 ECHL gp).

Hailing from Sioux Lookout, Ont., Quince’s addition marks the 12th Canadian placed on the Marksmen roster this season. He will wear number 17 in Fayetteville.

“I’m excited to see [Quince] out there on Friday and watch him go do his thing,” said Melkert.