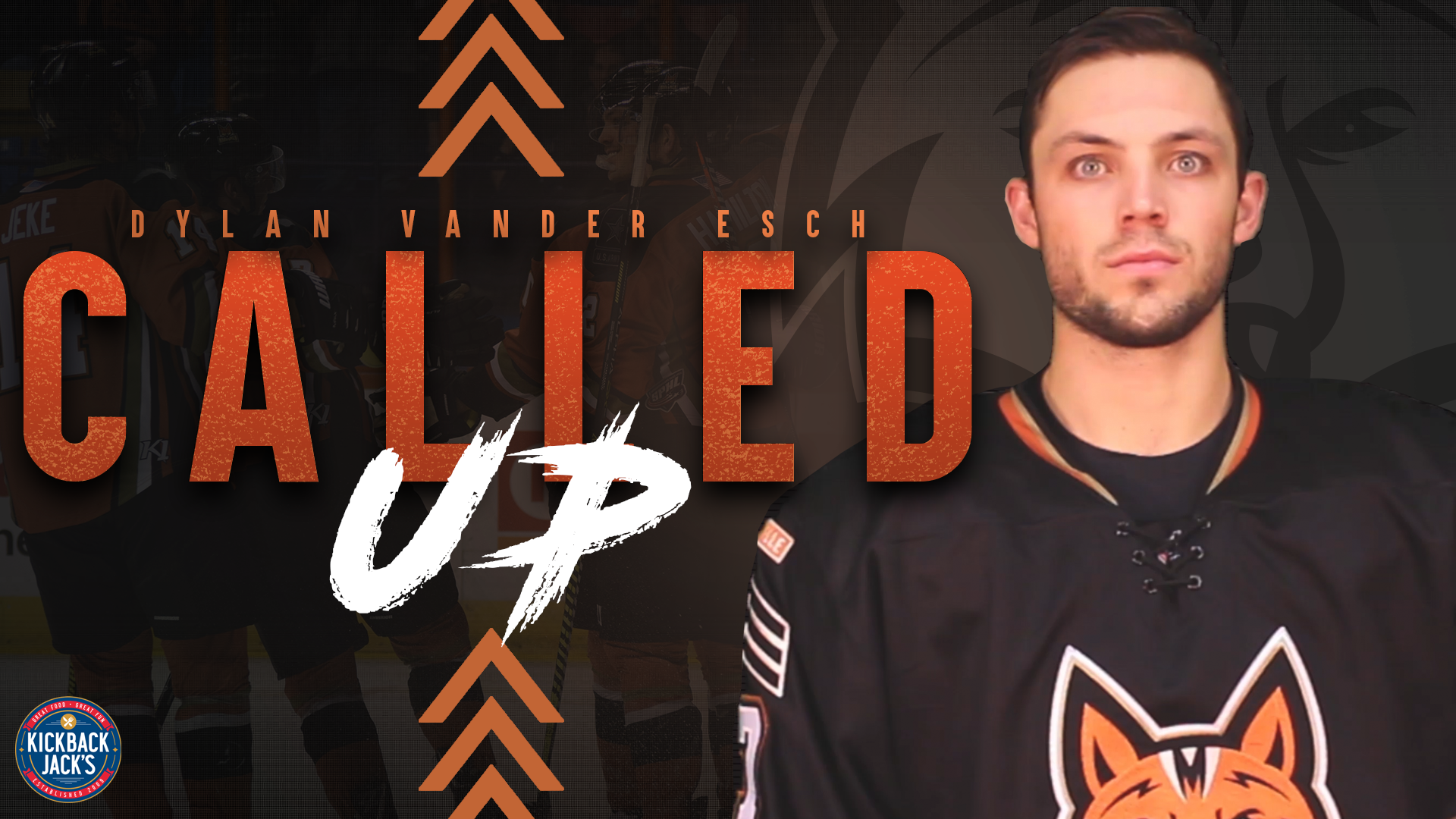 FAYETTEVILLE, N.C. – In a week of movement for the undefeated-in-regulation Fayetteville Marksmen, forward Dylan Vander Esch has received a call up to the defending Kelly Cup champion Newfoundland Growlers.

Vander Esch, 25, was acquired by Fayetteville early this season by way of trade with the Knoxville Ice Bears. Since coming over to the Marksmen, the San Jose, CA native wasted no time in making his presence known, finding his way to nine points (4G+5A) in just seven games. He stood at third in points for the team at the time of his call-up; fourth prior to the call-up of Luke Stork earlier this week.

“I would like to thank [Coach] Jesse Kallechy, [Owner] Chuck Norris, and the rest of the Fayetteville Marksmen organization for the opportunity I’ve been given so far this season,” said Vander Esch “The team Coach put together has set us up for success on the ice. I am looking forward to getting back to the ECHL and showing the league what I have to offer.”

No stranger to the ECHL, Vander Esch spent the entirety of last season with the Greenville Swamp Rabbits, where he would gather 15 points (11G+4A) in 49 games played.

“From the start, Dylan was a true professional on and off the ice. He played with a great confidence, his ability spoke for itself, and his experience and voice was a great addition to our locker room,” said Kallechy “This is a well-deserved opportunity for a guy who’s familiar with that level. We expect nothing but excellence from Vandy in Newfoundland.”

This is the second call-up of the week and of the season for the Fayetteville Marksmen. We wish nothing but success up in the ECHL for Vander Esch.

In a corresponding move, the Marksmen have called up Forward Konner Haas from the Federal Prospects Hockey League’s Carolina Thunderbirds. Haas, 24, started his professional hockey career with the Fayetteville Marksmen in Training Camp, and found his way to six points (2G+4A) in eight games with the defending Commissioner’s Cup champion Thunderbirds.