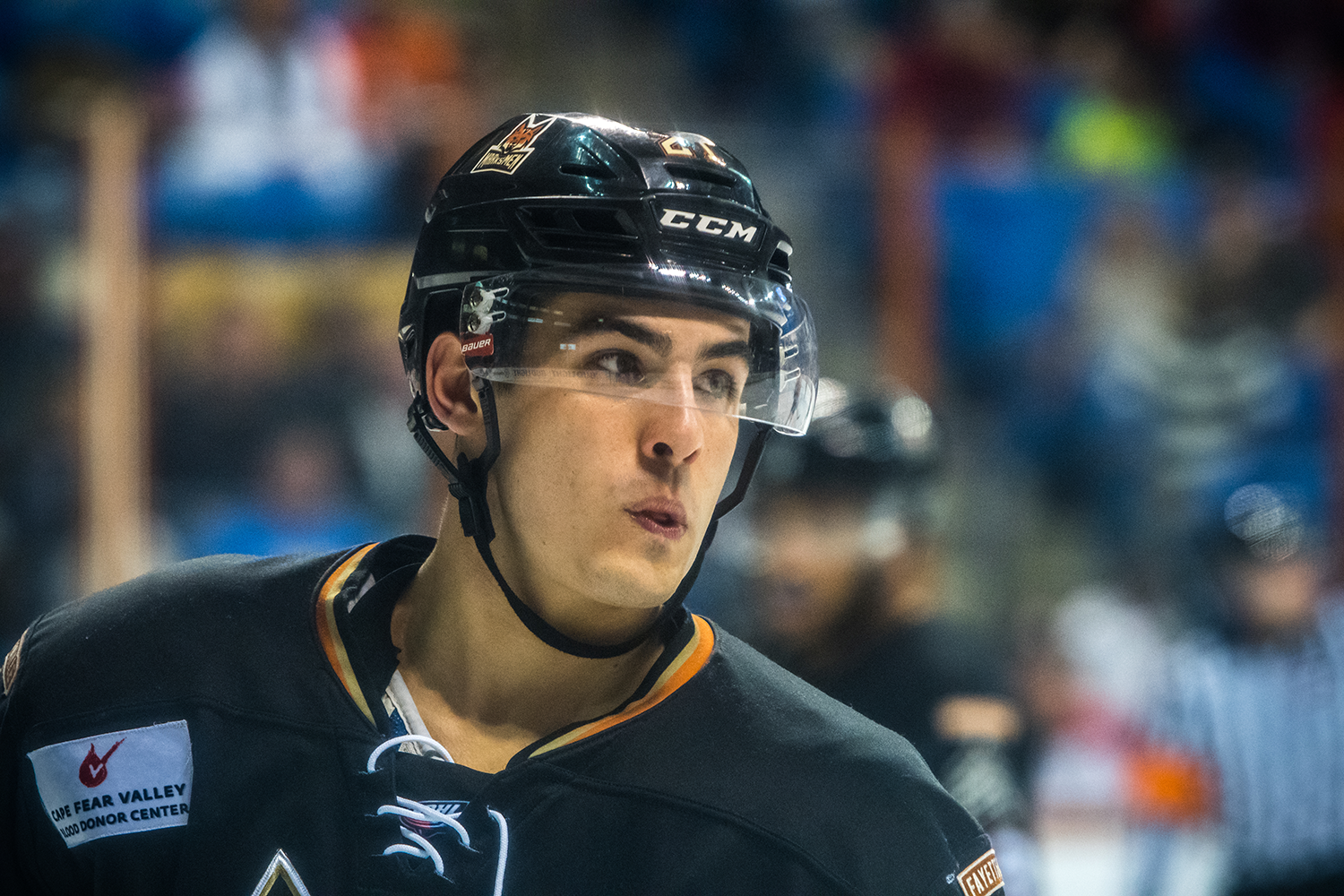 Fayetteville, NC– Despite giving up four goals on the evening, Ben Halford performed admirably, stopping 37 of the 41 pucks turned his way, including several breakaway opportunities and odd-man rushes, but the Fayetteville Marksmen fell to the Macon Mayhem, 4-1, on Saturday night.

Much like they did the night before, the Mayhem gained early momentum and took advantage of their early offensive chances, taking the 1-0 lead. Seth Ronsberg blasted a shot from the left point, towards the net of Halford, with John Siemer standing in position to deflect the puck to the back of the net.

The Marksmen pushed back through the middle stages of the opening stanza, but couldn’t solve Peter Di Salvo, ending the first frame with a 1-0 Mayhem lead.

Starting the second period with man-advantage time, the Marksmen once more peppered Di Salvo, but couldn’t slip anything past their former teammate. With the momentum of the successful kill, the Mayhem drew a hooking call and earned a 2-0 lead with a power play tally. Larry Smith fed a tape-to-tape feed to Vinny Muto, who unleashed a furious one-timer, past a screened out Halford.

As was the case in the first period, the middle frame featured just one goal, making it a 2-0 contest after 40-minutes of play.

The final frame opened with each team trading chances, including breakaway opportunities for both squads, but the tenders were up to the challenges, until just past the midway frame when Jake Faiella earned his first professional goal. Circling around the net, Faiella skated out to the left circle, timed his shot perfectly, and rocketed the puck to the far post.

Putting the game out of reach late in the third frame, Dakota Klecha found the loose puck off a rebound chance, roofing a backhander to make it 4-0.

With just three-seconds remaining, off an offensive zone faceoff, the Marksmen were able to get on the board and snap Di Salvo’s shutout bid. Anthony Flaherty won the faceoff cleanly to Ben Bauer at the right point. Bauer rocketed a shot towards the net that was deflected off the tape of Tyler Palmer.