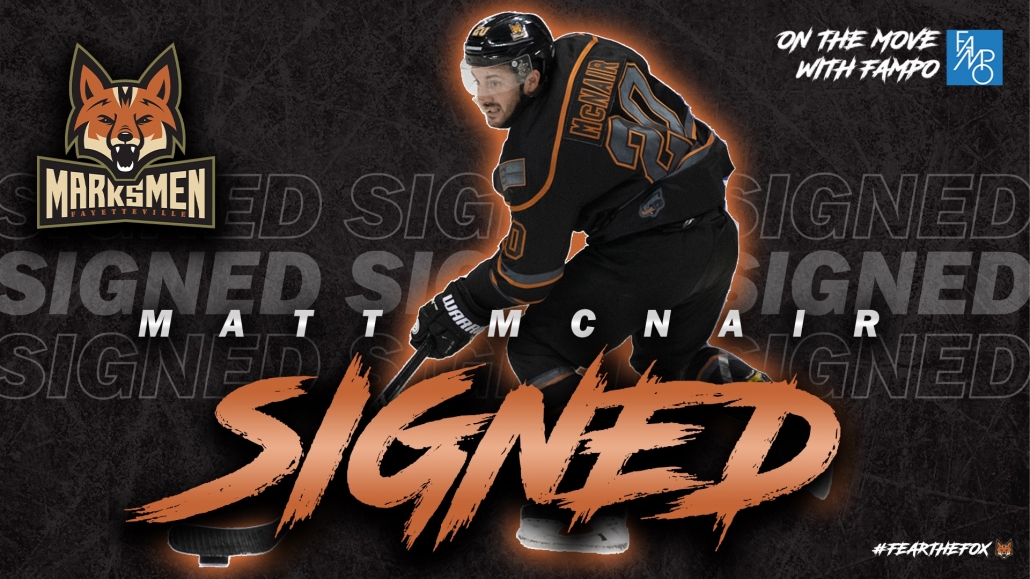 FAYETTEVILLE, N.C.- The Fayetteville Marksmen, proud members of the Southern Professional Hockey League, announced on Tuesday afternoon that forward Matt McNair has re-signed with the Marksmen for the 2022-23 season.

“Matt was a good player for us, I expect him to take on a big role this season,”said head coach Cory Melkert.

A Calgary, Alb.-native, McNair was a four-year NCAA D-III athlete at Adrian College where he was teammates with captain Taylor McCloy. McNair scored 68 points in 112 college games for the Bulldogs, including a 27-point standout senior season.

“He proved to be a solid rookie last season, and helped us a lot when our team was injured in the early part of the year,” continued Melkert.

McNair, McCloy and the rest of the Marksmen hit the ice for their home opener on Saturday, October 22 at 6:00 p.m. vs. the Roanoke Rail Yard Dawgs. The only way to guarantee your Opening Night seats is by locking-in your season ticket package.

You can learn more about our season ticket packages by logging on to marksmenhockey.com and clicking the tickets tab.