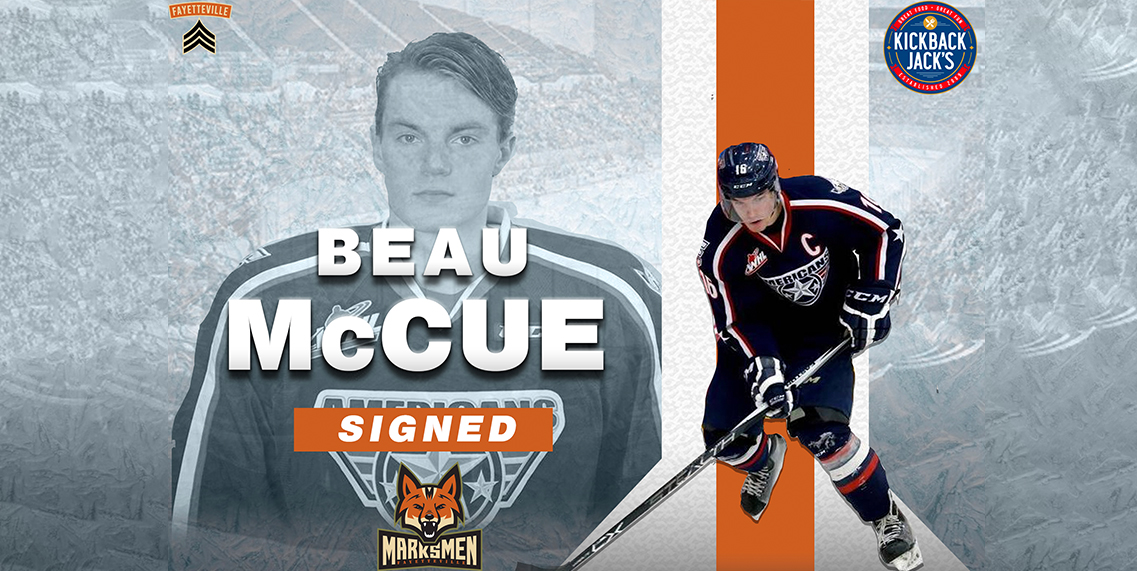 During his time in major-junior WHL, one of the world’s premier developmental hockey leagues, the 24-year-old forward amassed an impressive 170 points (85G+85A) in 270 games (four seasons) played. During his third season with the Americans, McCue was named an Alternate Captain, before being named the Captain in his final season.

The Missoula, MT native McCue spent his last three hockey seasons in College Hockey, playing for the University of Prince Edward Island while completing his education. McCue finished with 48 points (21G+27A) in his 67 collegiate games. He would go on to sign with the ECHL’s Jacksonville IceMen, playing in one game.

The signing of the 6’1, 201 lb Right Wing comes as a massive bolster to the young Marksmen core, immediately injecting a high-level scorer into the already-clicking offense. Head Coach Jesse Kallechy expressed excitement in signing the forward.

“Beau is a huge addition to an area where we’re always looking for leaders. He’s had success at every level he’s played at, and his top-end talent will help create plenty of opportunities for our offense quickly,” said Kallechy “We’re excited to have Beau on our team, and expect great things out of his play.”

McCue will immediately see his abilities put to the test, as the Marksmen welcome in undefeated Pensacola this full-home weekend. In a corresponding transaction, the Fayetteville Marksmen have traded forward Aaron Huffnagle to Roanoke in exchange for Future Considerations.