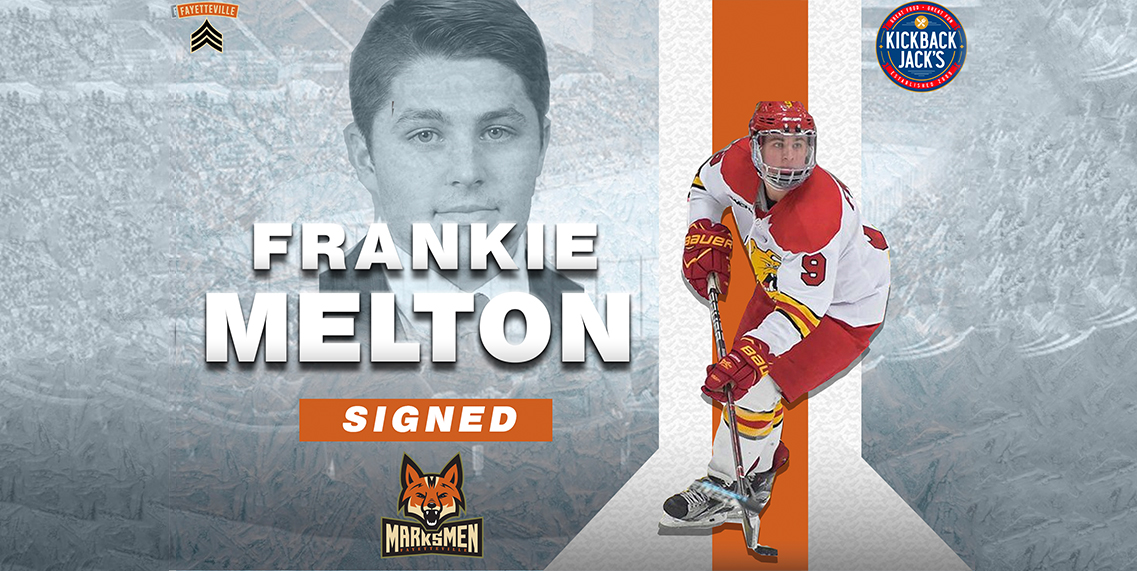 FAYETTEVILLE, N.C. – Looking to add offensive firepower to their corps, the Fayetteville Marksmen announce the signing of hot-handed scorer Frankie Melton, ahead of their home weekend series.

Melton, a 22-year-old Forward from St. Louis (MO) is a skilled left-handed forward with impressive stats from his junior hockey career.

Following his MVP year in Juniors, Melton would find himself a spot at NCAA D1 Ferris State (MI) University, where the Forward would net 12 points (4G+8A) in 29 games. That would be his lone year in collegiate hockey, as he transitions his skill to the next level.

Head Coach Jesse Kallechy spoke to the conversant scoring ability of Melton, and his expectations for the Forward.

“Frankie is a player we expect to have a high-ceiling with our team. He’s a playmaker with great hands and a hard shot, and gives our offense depth with another talented natural-scorer,” said Kallechy “We expect Frankie to fit right in with what our offense is capable of continuing to do.”

With Melton’s late-addition to the Marksmen Roster, his playing-time this weekend is expected to be limited – if any. In a corresponding move, the Fayetteville Marksmen have released Forward Matt O’Dea. We wish Matt the best of luck in his professional hockey career.