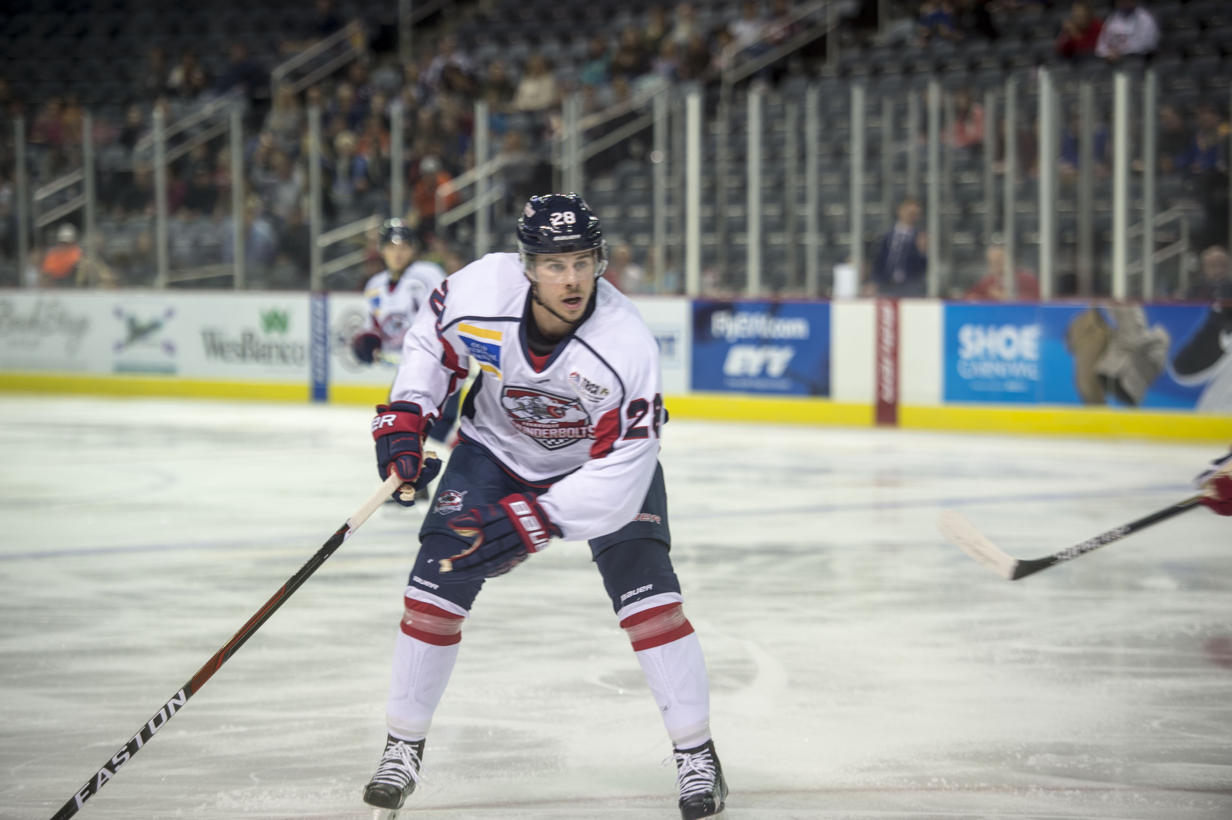 Fayetteville, N.C-  Forwards Tommy Fiorentino and Ryan Patsch have been added to the Marksmen roster, the team announced on Wendesday.

Fiorentino, 26, comes to the Marksmen for his second season of professional hockey, having started the season with the Pensacola Ice Flyers (three games, one assist) and the Evansville Thunder (six games, one assist). As a rookie last season, the native of New Hartford, NY, suited up in 47 games with the Thunder, registering 24 points (5 goals, 19 assists).

Prior to turning pro, the 6-foot, 174-pound forward appeared in 102 contests over the span of four seasons with Hobart College, and was named Captain for his senior year during the 2013/14 season.

Patsch, 26, is in his fifth season of professional hockey, most recently having played for the Watertown Wolves of the FHL. The native of Philadelphia, PA has recorded two assists in three games with the Wolves.

Last season, Patsch skated in 36 games for the Thunder, notching eight goals and four assists in those games. The 6-foot-1, 172-pound winger has also appeared in 13 ECHL games with the Elmira Jackals and, most recently, the Manchester Monarchs.

Before joining the professional ranks, Patsch suited up for the Philadelphia Jr. Flyers of the Atlantic Junior Hockey League. In two seasons with the Jr. Flyers, he registered 79 points (37 goals, 39 assists), in 85 games of action.

In separate transactions, the Marksmen have waived Chris Stemke and Joe Brennan.