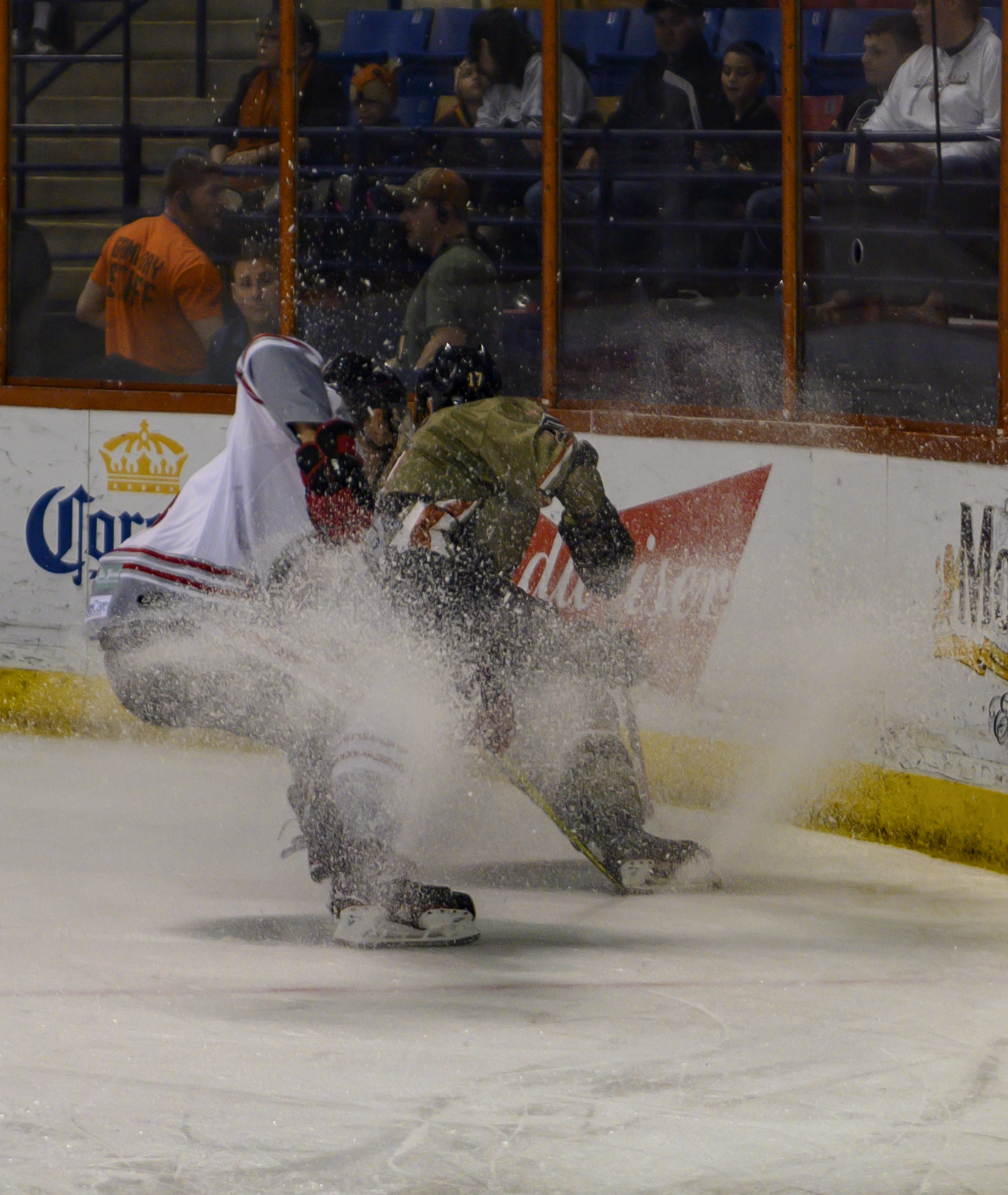 ENROUTE TO BIRMINGHAM, AL – A very rough pair of games last weekend put the Marksmen needing help for a chance at the four seed in the playoffs. The Marksmen travel to Pelham, Alabama for a two-game series against the Birmingham Bulls. Fayetteville has yet to play in Pelham this year, with these two teams matching up in Fayetteville in early December as their only prior meeting. The Marksmen dropped both games that weekend, both handily.

Fayetteville will still be without the services of David Mazurek for Friday night’s game. He is serving the final game in his suspension on Friday. Mazurek is a big loss for this team, and it showed on Saturday in the 5-3 loss to Roanoke. Even with Dave out, newer Marksmen are picking up the load. The newest Marksmen, Sam Wilbur, is really proving his worth. In the last three games – his first three with the team – Sam recorded four points, logging a point in every game. His first goal in the Fayetteville sweater came on Friday; only his second game with the team.

Goaltending was subpar for the Marksmen last week, as they gave up 13 goals in only two games. Both Dillon Kelley and Nathan Perry will be available for this weekend. The game starts and ends inside the crease, Fayetteville doesn’t score enough to be giving up five or six goals a night. The play in the net will be crucial to take into the postseason.

Special teams play has been a point of emphasis for the Marksmen all season long. They kept it going last week, keeping their reign as number one in the league on the power play. Fayetteville may face some challenges this week against Birmingham on the man-advantage. The Bulls rank third in the league in penalty kill percentage, at 83.6 percent. Birmingham is strong on both sides of the spectrum, having the fourth best power play at 19.2 percent. Scoring on special teams is crucial for the Marksmen, as scoring with an advantage can generate more five on five scoring.

Birmingham comes into this weekend on a hot streak. They’ve won their last four games, sweeping the last two weekends. The Bulls are sitting pretty in second place – five points ahead of Huntsville. Two points in their final four games would secure the two seed in the postseason for Birmingham. Goals haven’t really come hard for the Bulls of recent, but they’re not lighting up the scoreboard. Birmingham has failed to score over five goals in their last six games, dating back to a 10-1 win over Evansville. The Marksmen will need to take advantage of the generally low scoring of the Bulls if they want a good chance in these two games.

The Marksmen come into this game, losers of their last two. They’ve failed to do much on defense recently, giving up five or more goals in three of their last four games. At one point being only one point out of fourth place has now stretched itself to five points out of fourth. With only a single point lead for fifth, Fayetteville needs to pick it up, doing so now. The Marksmen will be eliminated from contention from fourth place with a pair of losses or three Knoxville points this weekend.

With only four games left in the regular season, Fayetteville is pushing towards the playoffs. Every game and every point matters even more come late March. The Marksmen need to keep on their game and keep going, starting with this weekend in Alabama. The playoffs are ever approaching and the level of play needs to be very high once they come around. No one-and-dones for this team, if they can get it going and succeed, they can be a force to be reckoned with.

You won’t want to miss any of this necessary and exciting action all weekend long. For those in the Fayetteville area, join us for the official Home Away from Home Watch Party at On-After Sports Bar & Grub at 8:30 on Friday night, 8:00 on Saturday night. If you’re not in the area, listen LIVE on MarksmenRadio.com with the Voice of the Marksmen, Shawn Bednard. Pregame Show starts 15 minutes before puck drop.

Bad Bounces Down Marksmen 5-3 in Roanoke