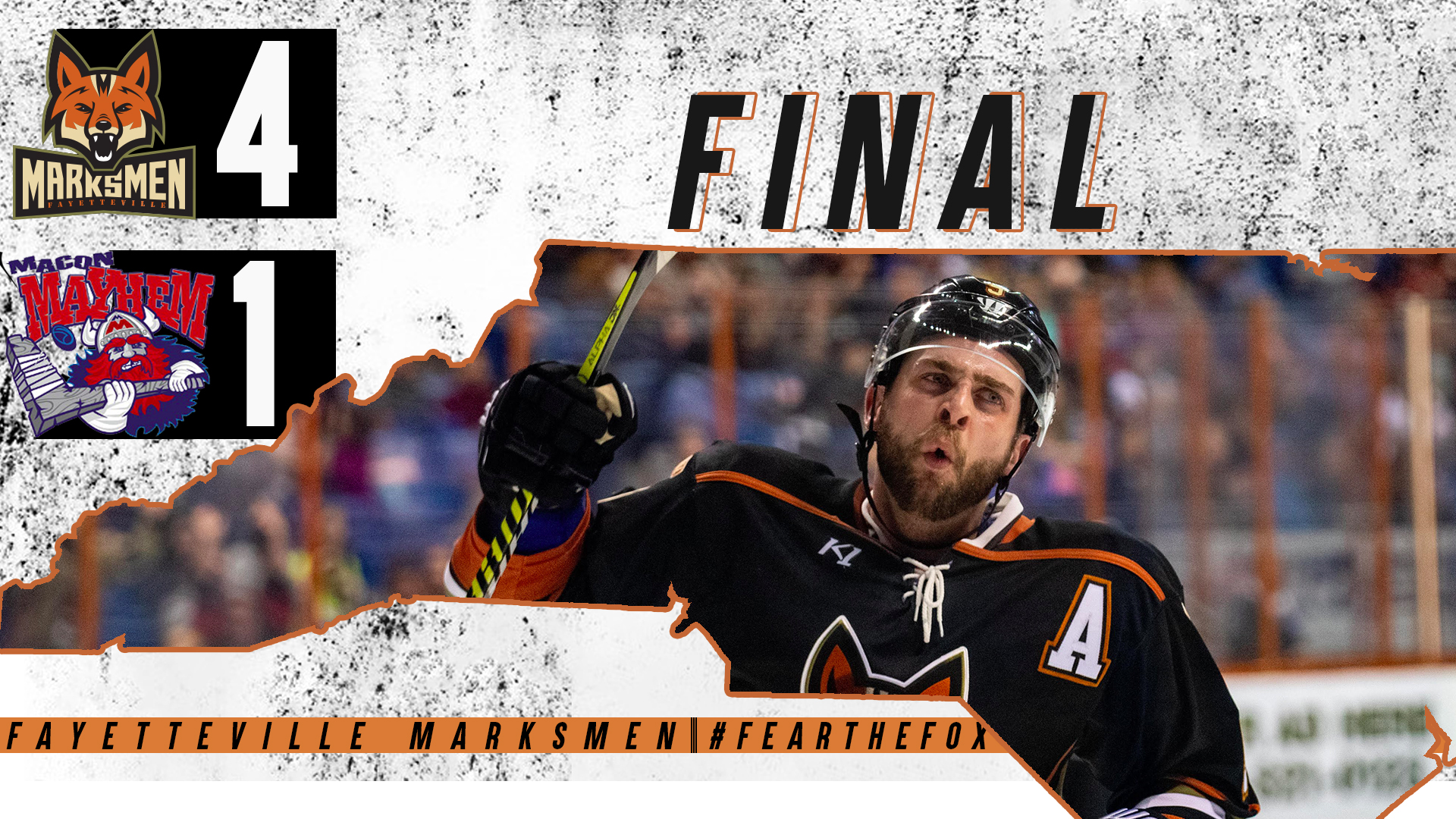 FAYETTEVILLE, N.C. – On the final game of a three-in-three, the Marksmen would welcome the Macon Mayhem into the Crown Coliseum on their way back from a weekend series in Roanoke. The Marksmen would ensure the Mayhem never felt at home, scoring a trio in the second period to put the game out of reach.

The first period would be of no real notice – no goals, no penalties, and a very quick-moving frame would set the table for a second period for the Marksmen to show off. Period two would follow in suit with the lack of penalties, but would see the Marksmen set the table and feast, as Max Cook would put his hand in the cookie jar twice, 5:57 and 15:20 in, for goals number one and three on the night. Recently-acquired Marksmen Canon Pieper would hold responsibility for the second goal of the night – his third of the weekend – and the Marksmen second period surge would lead them to a third period looking for a close.

Early in the third period, the beat would keep on for Fayetteville, as Jarett Kup would score against his former friends for his second as a Marksmen, and put the game out of reach for Macon. A goal from Stephen Pierog in the late minutes of the third period would be as close as the Mayhem would get to a comeback effort, as the Marksmen bookend the weekend with a 4-1 win over their Georgian foes.

The Marksmen will rest lightly, as they prepare for their longest road trip of the season enroute to the Quad Cities in Moline, Illinois for their three-game series against the Storm.

Marksmen ink two as they prepare for three game week! Scroll to top