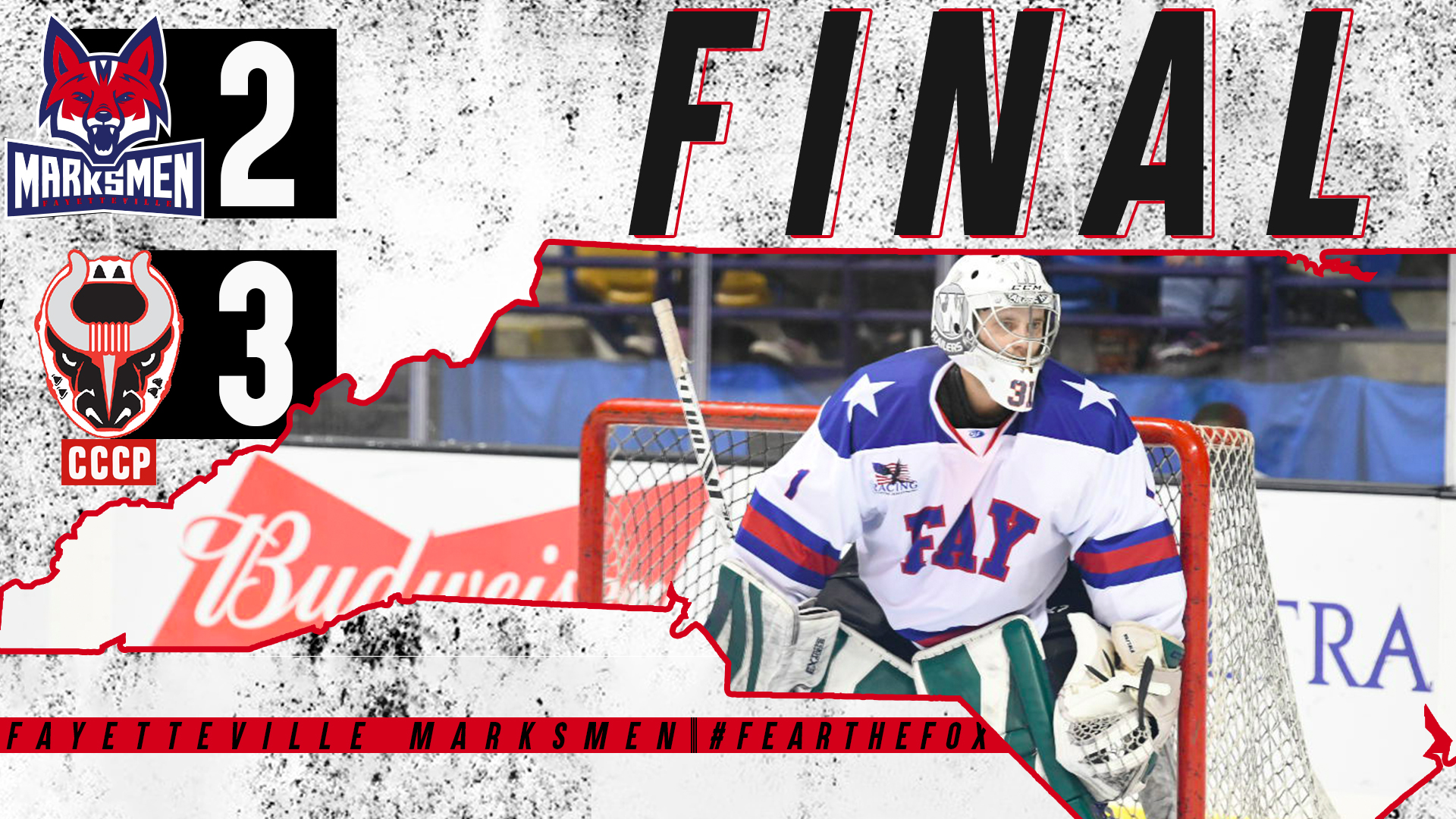 FAYETTEVILLE, N.C. – In front of a crowd of over 3700 active-duty and retired Military, the Fayetteville Marksmen would go to war with the Birmingham Bulls for the final time of the 2019-2020 regular season. What would ensue would be a series of battles, leading to an eventual Bulls victory.

In the first period, the Bulls showed they’d learned from the night before, as they played like a much better team than the previous night’s first period. However, history would repeat itself as the Marksmen would once again strike first blood off the stick of Brian Bowen – his second of the weekend – with 9:20 left in the period. A late goal from Mike Davis would be the first for the Bulls on the night, and the final for over an entire period, as these two teams would head to the first and second intermissions knotted up at 1-1 in a truly physical battle.

It would take to the very, very late stages of the third period for the scoring skid to snap for either side, and it would come in the most damning of ways against Fayetteville. With over 3:54 left in the game, the Marksmen would head on the Power Play, and look in prime position to get their second of the night; instead what would come would be a pair of shorthanded goals from the Bulls to suddenly jump out to a 3-1 lead only :57 apart. With 1:28 left in the game – :29 after the final goal from the Bulls – Derian Hamilton would net a goal that would spark energy and life into the Marksmen and their faithful. It would literally go down to the final seconds and final inches, as Brian Bowen would find his stick alone in front of an open net, and miss the feed to send the crowd ballistic with less than two seconds left. Fayetteville would drop the contest, and split the weekend and season series with the Bulls – who have handed Fayetteville half of their regulation losses this season.

This loss snaps an 18-game streak of getting at least a point, and sees the Marksmen looking to finish the weekend strong as they host the Macon Mayhem for a Sunday matinee affair.

Marksmen Serve a Handful, Down Bulls 5-1 at Home