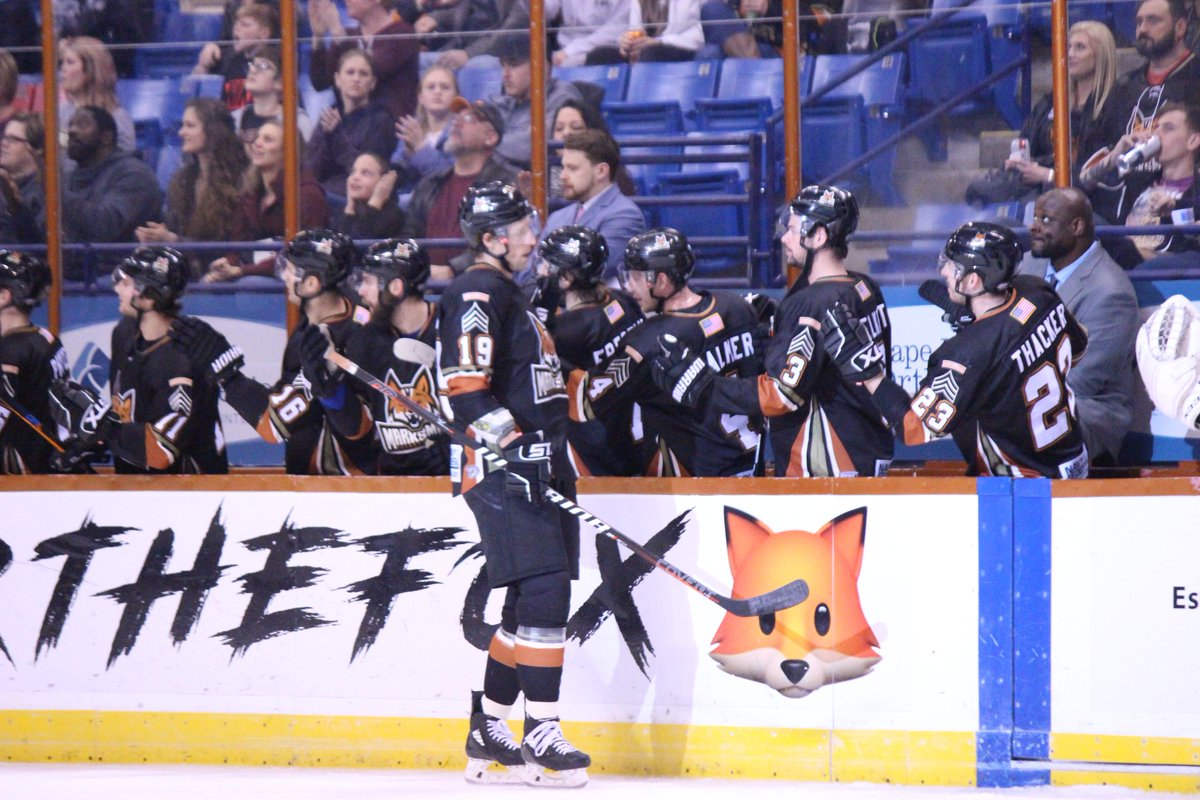 FAYETTEVILLE, N.C. – A strong sweep last weekend propels the Marksmen into a three-game set with the newest team in the league, the Quad City Storm (9th). This is the first time the Storm have ever been to Fayetteville, with this being their first season. This is the final weekend-series at the Crown this regular season.

Quad City is coming off a weekend split with the SPHL’s last-place Evansville Thunderbolts. The Storm need every point they can get, as they’re currently on the outside looking-in for the postseason. They sit 12 points back from Pensacola for eighth place and a chance at the President’s Cup Playoffs.

Fayetteville is in better standing when it comes to the playoffs. The Marksmen are in sixth – just a single point out of fifth (Macon Mayhem). Fayetteville can clinch their spot in the postseason this weekend with a win in any game. The playoff berth will be the first ever as the Marksmen, and the first for the franchise since the 2016-17 Fireantz, who finished second in the league.

With a good performance on special teams last week, the Marksmen got their power play percentage up. Their power play is now successful an outstanding 22 percent of the time, the best in the league. They face off against a high level Quad City kill, successful 83.7 percent of the time, third best in the league. The Marksmen were successful three out of six times last weekend on the power play, scoring in both games. They had a good weekend on the kill too as they only allowed a single goal in six attempts.

The Storm and the Marksmen have never played each other, with this being Quad City’s first season. The Marksmen look for success against teams at the bottom of the standings that they should beat. This team, however, will familiar for the Marksmen, sporting former players in Paul Fregeau, Michael Casale, Shane Bennett, and Sean Kacerosky – as well as Peter Di Salvo from the 2017-2018 Marksmen. While Fayetteville is good at playing up to good competition, they also tend to play down to worse competition that they should beat. The six game stumble that was the Pensacola series needs not to happen again, with the playoffs ever approaching.

Look for the Marksmen to try and ride the hot hand as David Mazurek and Taylor McCloy are heating up late in the year. Both men scored multiple goals last weekend, amounting a total of seven points between the two of them.
Fayetteville finally has their full-lineup, as goaltender Dillon Kelley returns from his three-game suspension. Nathan Perry held his own in the net last weekend, winning both games and only allowing three goals between the two games. He looks to continue his success on Friday, still not losing a game since his call up to the South Carolina Stingrays.

The Marksmen need to not look over these games and use them as preparation for the tough road ahead leading to the playoffs. Following this trio of games, five of the last six for the Marksmen are against teams above them in the standings. Four of those five games are away from the Crown, the only home game being against Huntsville on Friday, March 22. Sweeping this weekend would be golden for the Marksmen.

In the final weekend of play at the Crown, the Marksmen look to best the struggling Storm. Every game is more and more important as the calendar starts to get to the latter part of March. Fayetteville is trying to ride their recent hot streak all the way to a high seed and a chance at the President’s Cup.

We’re back for a Three-Game Weekend on March 15-17, with Team Poster Night, Princess Party/Superhero/Military Appreciation Night, and Sunday Funday (St. Patrick’s Day Edition) all coming up. You won’t want to miss it – get your tickets HERE.

Come Celebrate Marky’s Birthday with All His Friends!