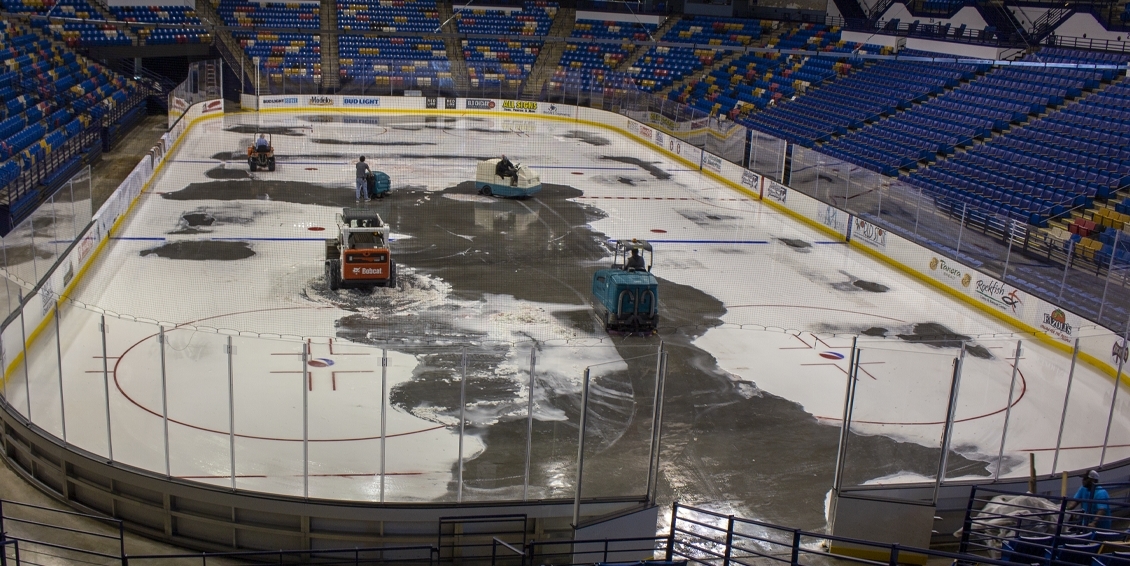 FAYETTEVILLE, NC – A month earlier than anyone had anticipated, preparations began to melt the ice at the Crown Coliseum.

With growing concerns over the Coronavirus (COVID-19), the Southern Professional Hockey League voted to cancel the 2019-2020 season a month before playoffs were set to begin; leaving a first place Marksmen team unable to pursue the Coffey Trophy (Regular Season Champion) or a President’s Cup.

Throughout the season, Head Coach Jesse Kallechy dealt with call-ups coming for the roster he spent the entire summer crafting.

“To see the season end like this is just heartbreaking. With the core of the team we’ve had this year, along with guys rotating in and out of the lineup, I think we had a really good chance to do something really special,” said Kallechy “Cory and I worked hard all summer to target players, and to see those same guys go home early due to something out of our control; it hurts.”

With over 13 call-ups and transfers throughout the shortened-season, the core of the Marksmen roster stayed locked into Kallechy’s plan. One of those players was the captain Max Cook; now spending his fourth season in Fayetteville. Cook was somber during locker clean out and exit interviews.

“Absolutely devastating. To see how hard our guys worked throughout this season, just to have it wiped away, it cannot be put into words,” said Cook “For the older guys like me, it’s really a tough pill to swallow. We had a real shot, and Jesse has instilled an incredible system and cultures into this locker room and no matter who was in here, bought in and fought for us.”

Ending the season with only six regulation losses, there are positives to gain from this season. Seeing the progression from rookie players – and even the development from veterans – has given Assistant Coach Cory Melkert reason to be optimistic.

“Even if the ending of this season was out of our hands, I think there are a ton of positives. In one season we saw guys like Nick Le Sage, Shane Bednard, and Alec Marsh develop into some of the top players in this league. Those are three guys I think we knew had talent, but to see it develop over the year was awesome,” said Melkert “Even with some of our returning players: seeing Brian Bowen really come into his own was a sight to see; Taylor McCloy also proved he’s a elite player in the league after a really solid season last year.”

The Marksmen will mark an end to a shortened season by hosting their annual End of Season Yard Sale on April 1st through 3rd. Fans will be able to buy pro-stock equipment, limited edition merchandise, and special signed gear from their favorite Marksmen.

Rule of Three: Building a Historic Season for the Marksmen, Fayetteville Scroll to top