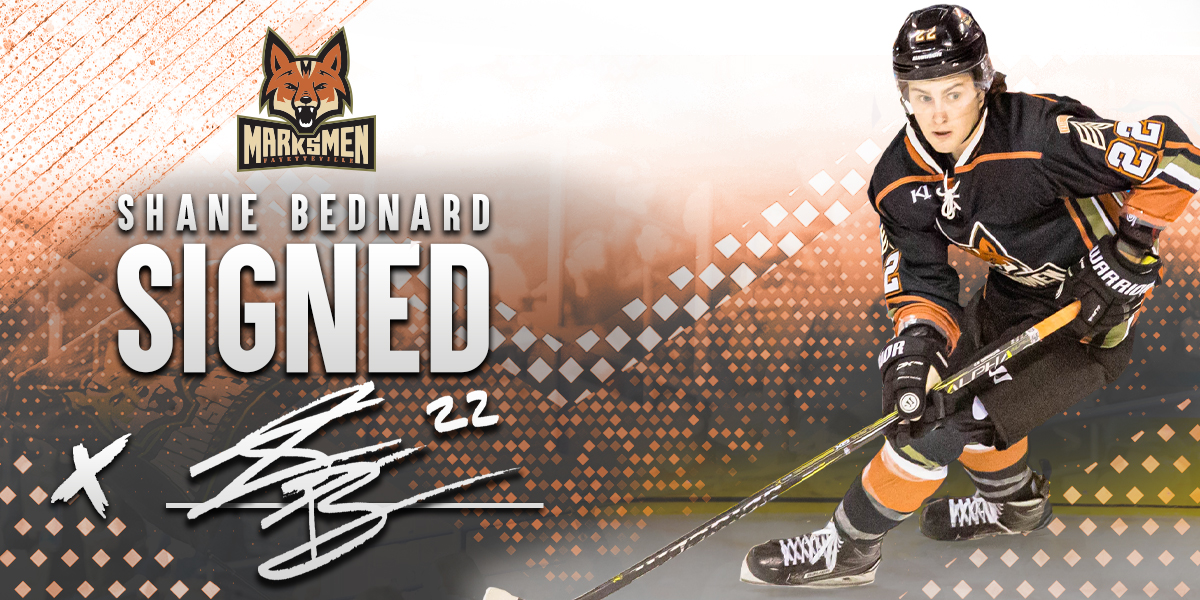 FAYETTEVILLE, NC – After an award winning season, F Shane Bednard has re-signed with the Fayetteville Marksmen for the 2020-21 season.

Bednard, 25, started his professional career with the Marksmen after a four year collegiate career at Bowling Green University. Bednard was one of the key cogs in the Marksmen first place season.

Finishing the shortened season nearly point-per-game with 8 goals and 29 assists in 39 games. Bednard would finish second among SPHL forwards behind league MVP – Austin Plevy. Often centering the second powerplay unit and first penalty kill unit, Bednard allowed the Marksmen to have depth on their special teams.

With the season coming to an abrupt end, Bednard would end up on the SPHL All-Rookie Team. Shane would be the first Fayetteville Marksmen player to make the All-Rookie Team.

“Coming into my first professional season, I didn’t know what to expect but Fayetteville blew whatever notion I had out of the water. From the facility to the fans and the staff, it’s all something that’s hard to find.” said Bednard “When the season ended the way that it did, I knew right away I wanted to come back to be a part of something special.”

Throughout the season Bednard became one of head coach Cory Melkert’s favorite center in defensive situations.

“Coming in to the ’18-’19 season, Jesse and I knew that we wanted to get Shane. He has such a high skill level on both ends of the ice and he really showed it throughout the season.” said Melkert “We all knew that Shane was one of the best rookies in the league and we know he’ll continue to grow into a dominant player for us.”

Help us welcome back Shane and prepare for the 2020-21 season!

Olivieri Onboard for Second Marksmen Season Scroll to top