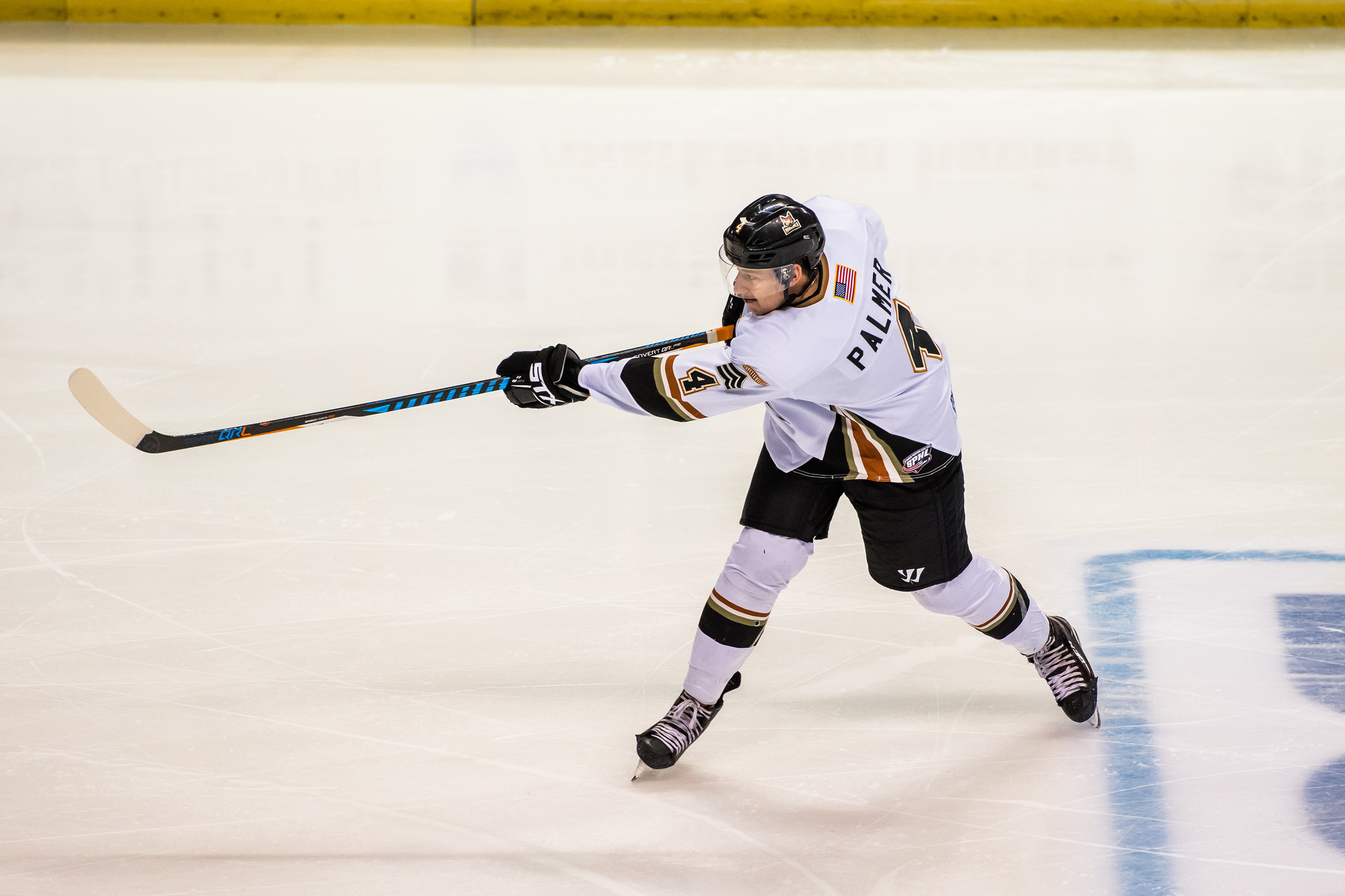 HUNTSVILLE, AL – Game two in Huntsville and the final game of the regular season for the Marksmen on Saturday night. Fayetteville was looking to keep their momentum from Friday’s win, breaking a four-game losing streak. The final tune up before the playoffs next week, the first in Marksmen history.

The opening minutes of the game showed how the entire game would end up turning out. In the first two minutes of the game, the Marksmen got a minor penalty, leading to a Huntsville goal on the powerplay. The Havoc got the lead early and never relinquished it.

The early goal led to more scoring for Huntsville, with their next goal coming only three minutes after their initial. On only four shots, the Havoc had already scored a pair of goals. The period died down a bit in the middle portions, neither team scoring for over 12 minutes.

A bad day for the Marksmen penalty killers continued, as they got called for another penalty late in the opening period. It took only about half of the power play for Huntsville to find the net again. Their third goal of the game, and the first period wasn’t over yet. The clock ticked down to zero and the opening period of play was over. 3-0 Havoc at home.

The second period started out very similar to the first one. Just under four minutes into the period, Huntsville scored their fourth goal of the game, making the score 4-0.

Nothing was going Fayetteville’s way, they were outscored, outshot and even out-penalized so far in the game. Then they finally got a ball to roll their way. Huntsville got called for a minor penalty and the league leaders on the power play got to work. Fifty seconds into the power play, the Marksmen scored for the first time all night. Taylor McCloy gave Fayetteville something to cheer for, but it wouldn’t last long.

A minute and a half after the Marksmen scored for the first time all night, Huntsville scored again. The halfway point in the game just ahead, Marksmen trailing 5-1. The next eight minutes didn’t have anything notable happen, with 1:21 the Havoc scored yet another goal. Even being up by four already, they kept going and scored another before the end of the second. The period ended and the score was 6-1 Havoc.

For the first time all day, the opening four minutes of the period went by without a score. That didn’t hold still as Huntsville scored their seventh and final goal of the game with 14:33 remaining in the game. The rest of the game went by uneventfully, shooting on both ends but no scoring. The clock went to zeros, the game and the second regular season in Marksmen history was over.

Fayetteville finishes the regular season with a record of 25-23-8 their best record in team history. Now the Marksmen wait for 7 P.M. tonight to see where and who they’re playing in the first round. Fayetteville has shown they can get on runs and make some noise in the SPHL playoff picture. Next week will be the biggest week in Marksmen history.

Details for Marksmen First Round of Playoffs Scroll to top