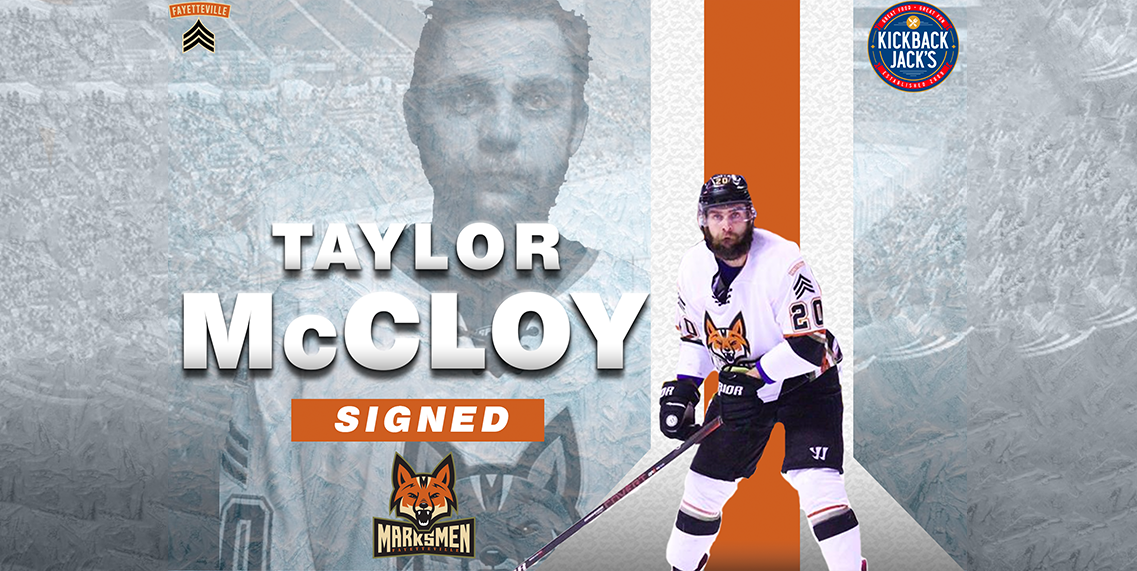 The Marksmen are excited to announce the signing of Taylor McCloy for the 2019-2020 season. After being acquired from the Quad City Storm in December of last year, the 6’1,198lb wing found himself a crucial part of the Marksmen team that made the President’s Cup playoff.

The left handed winger put up 30 points in 50 SPHL games with the Storm and eventually the Marksmen.

“I want to continue to play hockey, and I was given a great opportunity with the Marksmen last year, and I I’m looking forward to this upcoming season,” said McCloy “Confidence in my own game was what changed when I was traded, and I believe that transitioned well within my game.”

With McCloy returning, this marks another signing by head coach Jesse Kallechy that shows the Marksmen are serious about returning to the President’s Cup playoff.

McCloy was clear in his focus this season back with the Marksmen.

“I don’t have personal expectations,” said McCloy “I have a team expectation; that’s to win the President’s Cup.”

Welcome back to the Marksmen, Taylor!