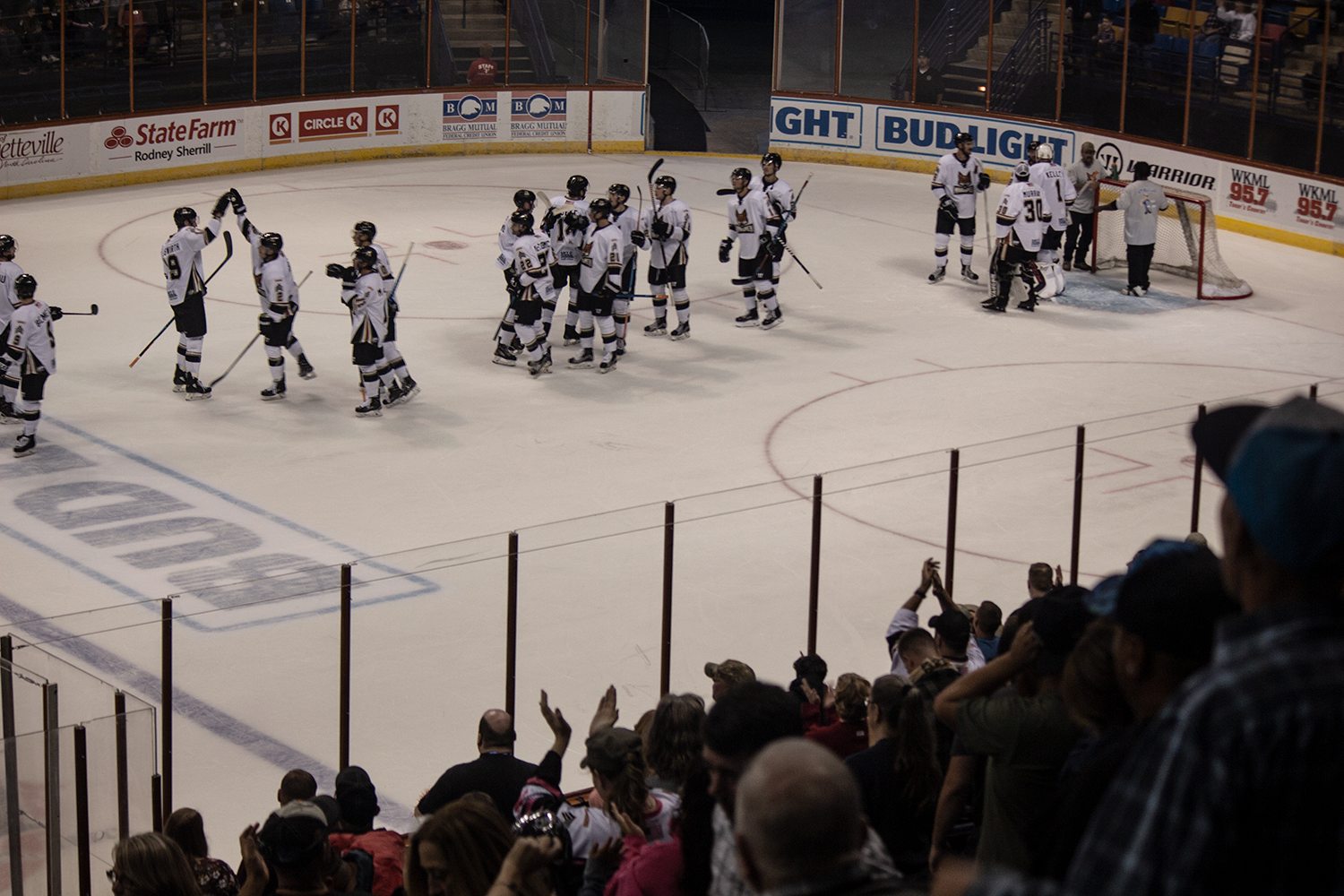 FAYETTEVILLE, N.C. – If you weren’t at the Crown for Opening Night presented by Systel, you missed a thriller, as the Marksmen find their second wind for their first win.

As the puck dropped on the ice at the Crown Coliseum, the Marksmen’s 2018-2019 campaign was officially underway. After months of anticipation, Coach Jesse Kallechy and Peter Worrell finally got to show the fans of Fayetteville Marksmen hockey what they are all about.

Fayetteville came out the gates swinging, looking to make an impact early on their home ice. Six of the first ten shots-on-goal belonged to the Marksmen. Roanoke’s Maxime Guyon was called on a slashing penalty that proved to be no obstacle for the Dawgs, on the other side of the kill, Brian Rowland scored on a Steve Mele pass, and gave Roanoke a 1-0 lead. 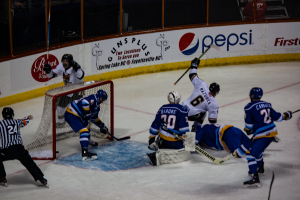 Period Two started with a penalty for the Marksmen, as Travis Jeke was called for a delay-of-game. The Marksmen remained on the attack, as Shane Bennett one-timed an amazing pass from his Tyler Palmer (A). Nearing the end of the second period, Marksmen Captain Jake Hauswirth undressed his defender, moved to the mid-slot, and fired it home with 32.4 seconds left.

The third period began with both teams coming out of the gates hot, as a tied score as the Marksmen and Rail Yard Dawgs refused to give in. Both team’s goaltenders performed well, as the shots started adding up quickly. SPHL star Brad Barone would be on the losing end, as David Mazurek would pound a loose rebound in the crease with 3:31 left to send the Crown ballistic.

Marksmen Goaltender Dillon Kelley put on a professional debut to remember tonight, racking up 30 saves on 31 shots in the win.

“The guys competed really hard. They really pounded the rock tonight, and they were rewarded. Mazurek for us played an outstanding game, and that shows off with him getting that greasy one at the end to win it,” said Kallechy “Obviously there’s always things to improve on, but there’s a lot to be happy with here in having so many young guys go out and compete.”

The Marksmen have now started both their seasons with an season-opening victory over the Rail Yard Dawgs, and look to ride the momentum as they travel down to Macon, who lost 4-3 in a shootout, on Saturday morning.

Marksmen fall to the Mayhem on the Road Scroll to top