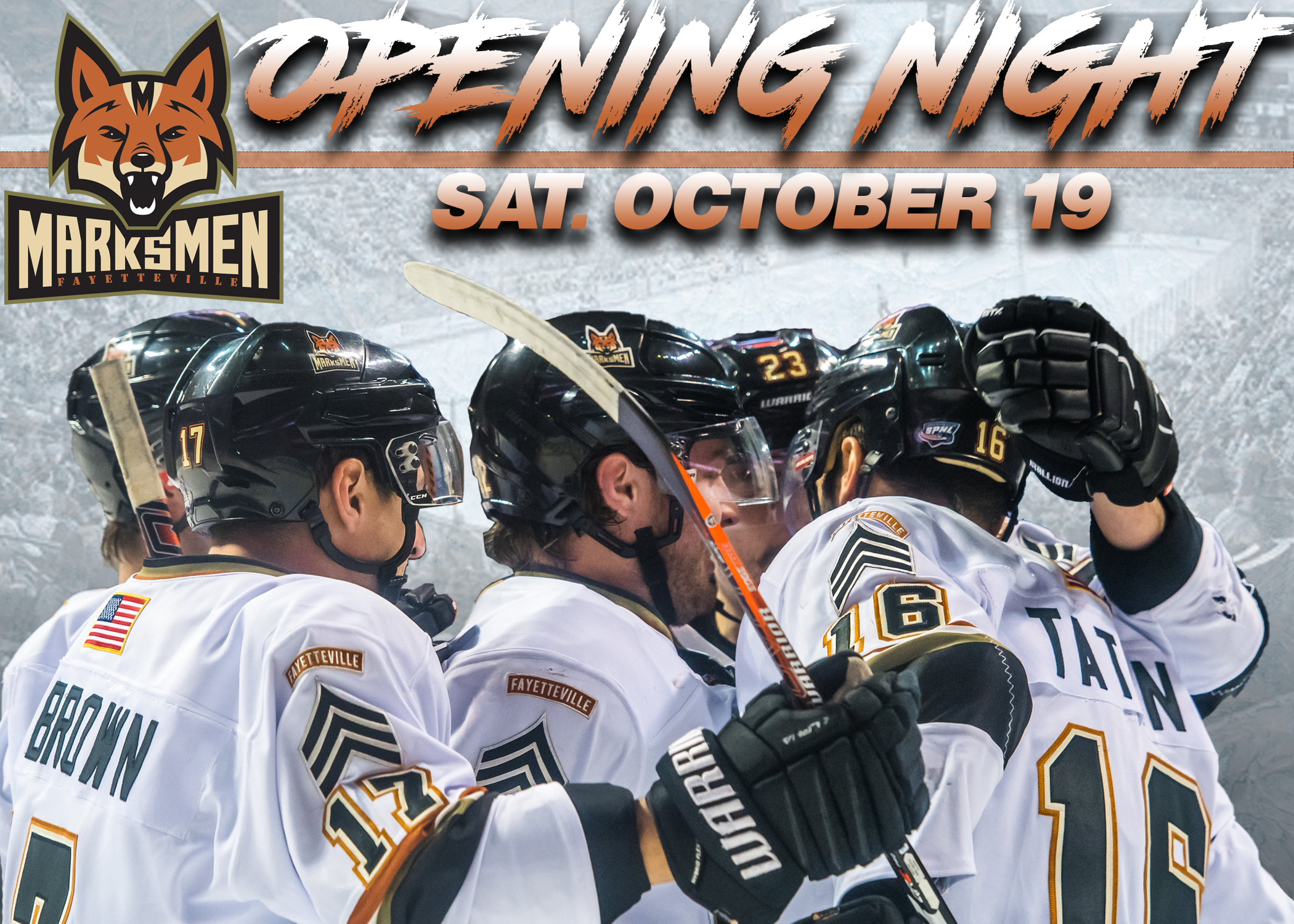 FAYETTEVILLE, N.C. – As professional hockey officially came to an end in North America earlier this week with the awarding of the NHL’s Stanley Cup to the St. Louis Blues, all eyes in every level of hockey can move toward the 2019-2020 season.

Today, the Fayetteville Marksmen professional hockey team starts its pursuit toward its third season, officially announcing next season’s Opening Night. For the second-straight year, the Marksmen will open the home portion of the schedule on October 19, 2019.

This will be the first time in the three-season history of the Fayetteville Marksmen that Opening Night will fall on a Saturday Night. Last season, the Marksmen kicked off the entire Southern Professional Hockey League schedule on Friday, October 19 against the Roanoke Rail Yard Dawgs. In the 2017-2018 Season, the team hosted the eventual-champion Huntsville Havoc for a Home Opener Weekend.

With a Saturday Night Opening Night, this allows for fans from greater distances or who may work later on weekdays the ability to flock to the Crown Coliseum, and cheer their Marksmen to the first of hopefully many wins at home.

Opening Night 2019 will be a special one for the Crown Coliseum as well, marking the Ice Arena’s first night with the entirely renovated and new Ice Plant, Dasher Boards, and Glass – the first major upgrade of such since the Coliseum’s first season of hockey back in 1997. Construction is currently underway for this major project.

Full promotions for the night, opponent, and more are to be announced as the information becomes available for the organization. The start time, once again this season, will be 6:00 P.M. for Saturday games, such as Opening Night.

In the coming weeks, the organization will unveil its entire Home Schedule, Full Schedule, Promotional Schedule, and much more. The 2019-2020 season is in full-swing, as the Marksmen anticipate its most successful Season to date on and off the ice.