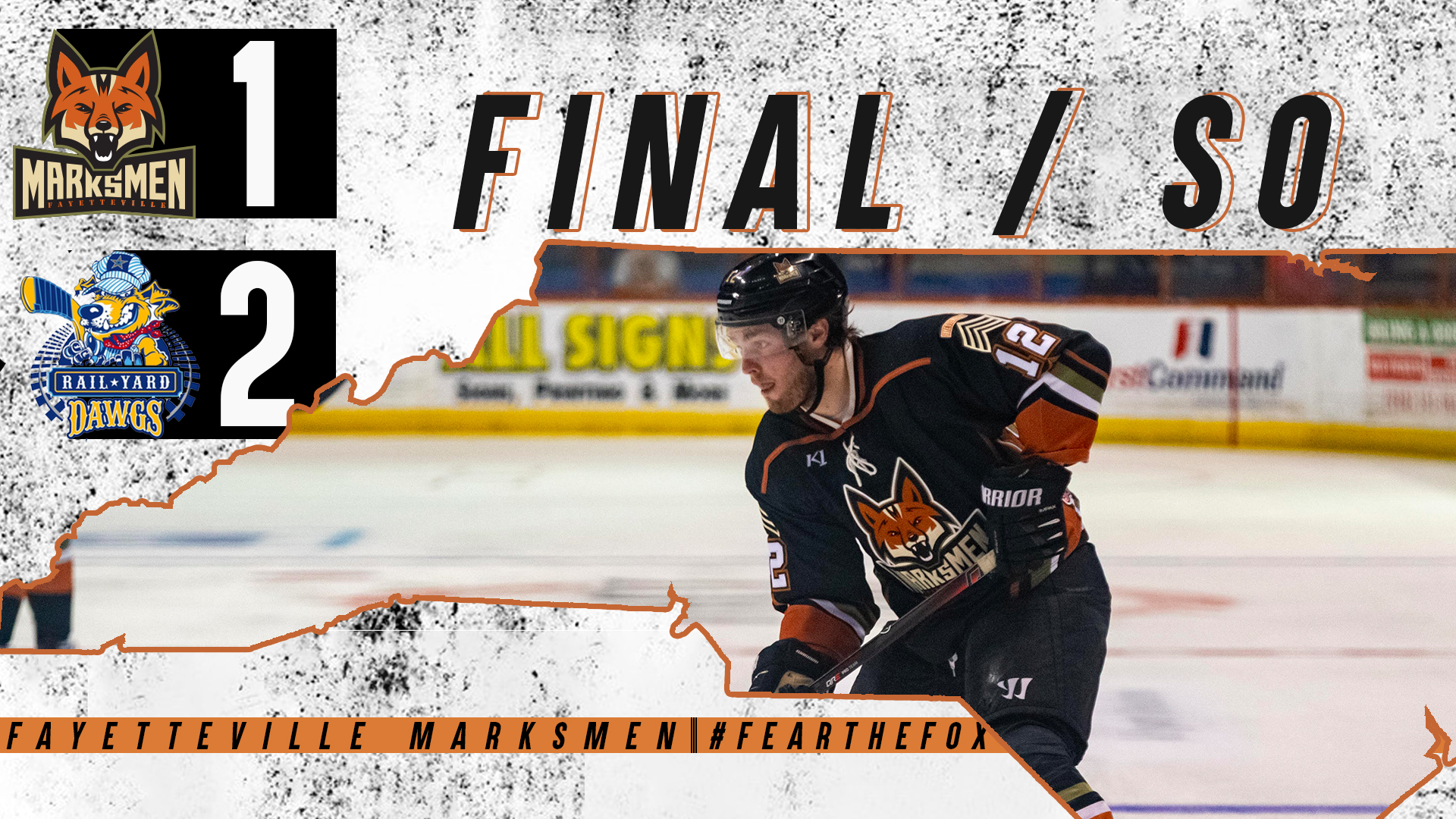 FAYETTEVILLE, N.C. – On a night that saw a strong showing of Churches and Canines, the Marksmen would not be blessed with a win against their rival Rail Yard Dawgs, as Roanoke would take a 2-1 victory in the shootout.

A slow-rolling game would start the same way for both sides: slowly. Despite a relatively quick-moving first period of play, shot totals were low, quality chances were lower, and neither team saw much success offensively in what would prove to be physical, gritty, and gear-grinding game. The first period would come and go without much of a memory, as the score would remain deadlocked at 0 heading into the intermission.

Period two wouldn’t show too different on the scoresheet in a penalty-driven period of play, as the team’s would endlessly trade men going in and out of the box. Ultimately it would come down to a late, late Power Play opportunity from the Marksmen that would see a backdoor effort from Jarret Kup find its way through for the lone score of regulation from Fayetteville with :11 left in the second period.

The third period would be riddled with familiarity, outside of an early error from the Marksmen leading to the game-tying goal from the Rail Yard Dawgs, as Dominic Blad would sneak a puck underneath Wojtala with 1:58 gone by in the period. This score would hold throughout the entirety of the third period and overtime, leading to another shootout for the Marksmen.

Fayetteville would once again pick up a point in a tight race for first place. They return to action on Saturday night once again against Roanoke for Spongebob Squarepants Night at 6 P.M.

Sweet, Sweet Victory for the Marksmen on Spongebob Night Scroll to top