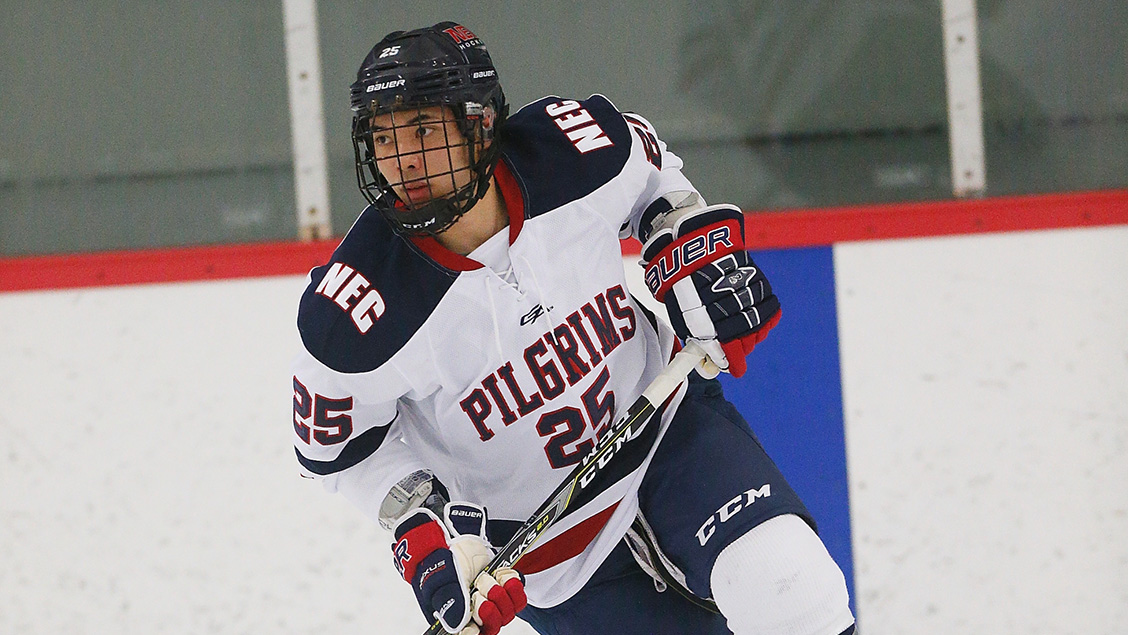 Osaka, a 22-year-old Japanese-American forward from Pittsburgh, spent his teen years playing at Brewster Academy in Wolfeboro, New Hampshire, where he put up 55 points (28G+27A) in 96 games.

Following his graduation, Osaka signed his letter of commitment to play at New England College (NCAA D3), where in his freshman year, he was given the chance to represent his heritage by playing for the Japan U20 team in the Challenge Cup of Asia (IIHF), and then as the Assistant Captain in the World Junior Championship U20 Division 1B tournament. During his time with Team Japan, Osaka had three points (3G) in eight games played.

After his experience with the Japan Junior National Team, Osaka said he has bigger aspirations to represent his country.

“It was definitely a special honor to wear the uniform for my own country. That being said, I have set a goal of playing on the Japanese National Team at the Olympic level next. To achieve that goal, I need to be a strong contributor for the Marksmen,” said Osaka “That’s my number one mission.”

He would go on to attend New England College for four years, playing in three seasons with the Pilgrims, accumulating 48 points (30G+18A) in 75 games.

Now, after graduating from college, it’s on to the next challenge for Osaka; professional hockey in his early-20’s.

“I talked to the coaches and they seemed like a great fit for me. I want to play for the team who wants me the most, and I loved the enthusiasm of Coach Kallechy trying to make a new culture for the organization.  I want to be a part of it,” said Osaka “I am going to bring positive energy to the team day in and day out, whether it’s in practice or a game. I would do anything to get my team going by scoring goals, back-checking, or blocking shots. I think that’s what I’ll bring from Day 1 of the training camp.”

“Any time we can bring a player to camp who has experience in international competition, it only adds to the competitive mentality of our players,” said Kallechy“Joe brings that exact mentality we’re looking for in the Marksmen; ability to adapt to different competition, and a drive to succeed. I’m excited to see what he does.”

The Fayetteville Marksmen are excited to welcome Joe Osaka to his new home for the 2018-19 season, and look forward to him being the bedrock of what promises to be an exciting season of hockey in the Cape Fear. The 2018-19 Marksmen Home Opener is October 19th against the Roanoke Rail Yard Dawgs, and Opening Night tickets are on sale NOW!