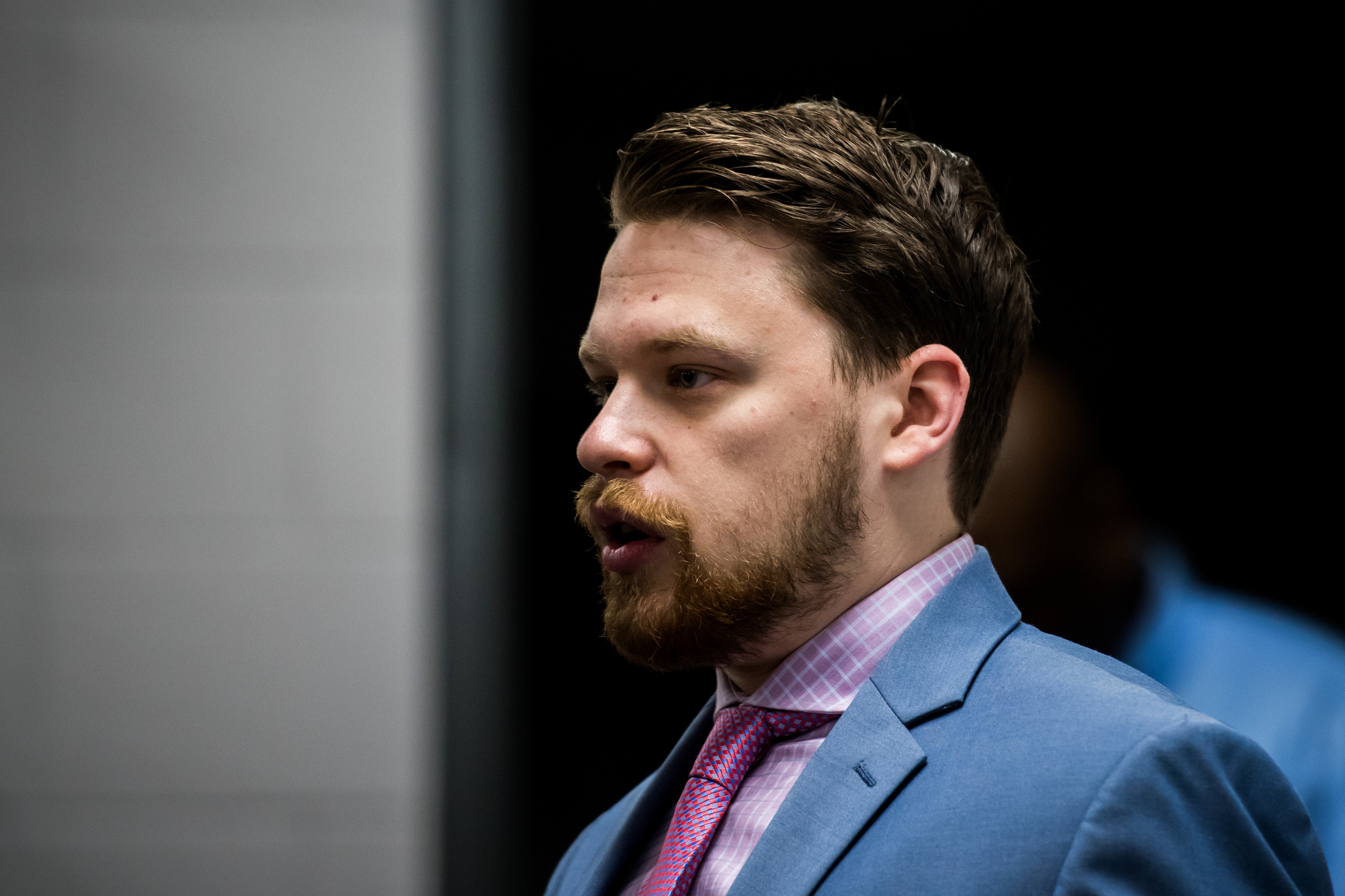 FAYETTEVILLE, N.C. – Following a season that saw a massive turnaround for the Fayetteville Marksmen professional hockey club – including twice as many wins as the previous, the team’s first playoff berth and playoff win – the Marksmen organization officially announced today that Head Coach Jesse Kallechy will return next season.

“Returning to the Marksmen was the easiest decision I’ve had. My wife and I really enjoyed our time in Fayetteville and we couldn’t think of another spot we wanted to be. I feel very fortunate to call myself coach of the Fayetteville Marksmen, and to work under the great ownership of Chuck and Lanai Norris,” said Kallechy “I know that we have put an enormous amount of time and effort in finding ways to make this a top destination in the SPHL for players, and my goal is to bring a championship to the city of Fayetteville.”

After taking over a team that won 12 games the previous season, first-year Head Coach Kallechy brought on nearly an entirely-Rookie roster and turned around the state of hockey in the All-American City – helping return Fayetteville onto the hockey map in the SPHL.

“This past season was a great experience and provided me the opportunity to grow as a person and as a coach. We had ups and downs, but we stuck with our plan and didn’t deviate from our blueprint. I was able to grow and learn a ton from my first year being a head coach,” said Kallechy “I can’t wait to see what the future here in Fayetteville has in store.” 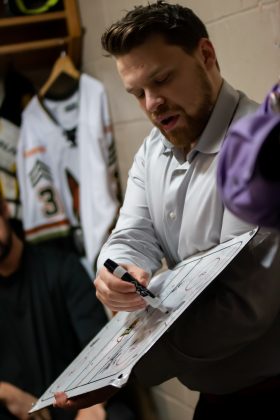 Now with a year under his belt, and a roster expected to be made-up of many returning players from his first-season, Kallechy expects to begin preparations in the offseason, and come back next season to continue to build a championship identity in Fayetteville.

“I feel a lot more prepared entering year two as a head coach. I think that having gone through the season and experiencing a lot of things for the first time as the guy making the final call was a learning experience,” said Kallechy “I think now knowing what I’m capable of as a coach and who I want to be will help shape me for the upcoming season.”

Fayetteville Marksmen Owner/CEO Chuck Norris spoke highly of Kallechy, and how he transitioned the Marksmen in his first season on par with the expectations the two set prior to his hiring.

“Jesse and I talked extensively about the future of the Marksmen last off-season, and came up with what we thought was a reasonable expectation for this past season and subsequent seasons that would get the Marksmen back into long-term contention,” said Norris “We followed our plan, and in many ways, exceeded our expectations for year one, and are positioned exactly where we thought we would be for year two.”

Norris went on to commend the direction that Kallechy has set the Marksmen in.

“Our plan has been followed to a T, and I am very happy with what we’ve been able to accomplish,” said Norris “Jesse has done an exceptional job, and we are happy to have him here as long as he chooses to be here.”

As the SPHL season finally comes to a close with the setting of Protected Players, the transition into year two begins immediately for coaches. For the Marksmen, that means Coach Kallechy immediately gets to work on his plan for the offseason to instill success next year.

“Getting as many guys from our protected list locked-in as possible is priority one. We will have guys who may want to explore options in Europe, try their hand in the ECHL, or a job in their field of work may fall into their lap – so you want to have those conversations and try to get those guys back,” said Kallechy “We spent a year grooming these guys and they were the foundation for the new culture we instilled this season, so I think it’s important to get them back.”

The transition between years one and two are crucial for the development as players, and being a former one in this league, Kallechy understands the balance between knowing what he has, and building around it.

“I want to make sure that we are identifying the areas which we feel like we need to improve. I really believe that a lot of our younger guys are going to be taking the ‘next’ step this upcoming season, but it’s also important to be adding new pieces that can come in and help us,” said Kallechy “We will be strategic in our recruiting and trying to build on the foundation from this past season.”

Outside of his success in coaching, Kallechy made sure to be professionally-available and transparent with fans and the community. At events such as the Kickback Jack’s Coaches Show, he would stay and talk to fans long after his segment on the show had ended.

During the offseason, Kallechy can also be seen working on helping establish the Marksmen brand, from his presence at community events such as ribbon cuttings, to donating time at charitable facilities such as Second Harvest Food Bank of Southeast North Carolina.

Head Coach Jesse Kallechy will be co-coaching a Free Agent Showcase in Huntsville, Alabama in July with Huntsville Havoc coach Glenn Detulleo, looking for potential players for the Marksmen Training Camp in October. Kallechy will also be a Skills Coach alongside Professional Figure Skater and Power-Skating Coach Danielle Logano at the Charlotte Edge Professional Hockey Camp in Charlotte, N.C. in mid-August.

The Fayetteville Marksmen are ecstatic to welcome back Coach Kallechy, and look forward to another season in pursuit of the SPHL’s President’s Cup in the All-American City.