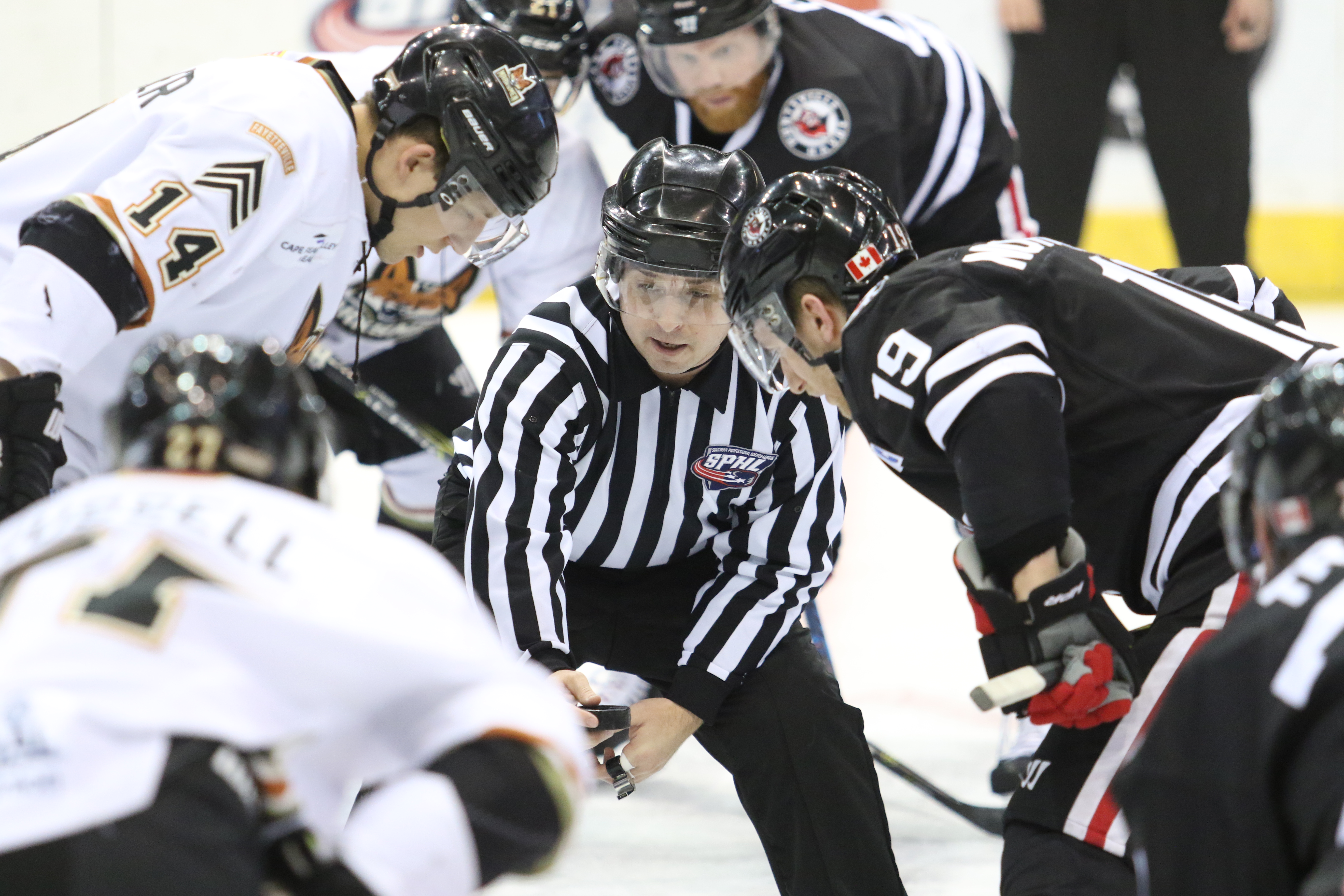 Huntsville, AL– The Huntsville Havoc took advantage of a slow start for the Fayetteville Marksmen, jumping out to a 4-0 lead and carrying the momentum to the final buzzer, skating away with a 7-2 victory at Von Braun Center on Friday night.

The first period saw a flurry of offensive pressure and goals, as the Havoc jumped out to an early 4-0 lead.

Getting on the board first at the 4:42 mark, Dylan Hood raced into the zone, chasing a loose puck in the slot. Patrick Spano had come out of his crease to thwart Hood’s attempt, but couldn’t win the foot race, giving Hood the open net for an easy tally.

Under three-minutes later, while on the power play, the Havoc made it 2-0, courtesy of Anthony Calabrese. Off a face off win, Stuart Stefan pushed the puck to Calabrese who rifled a one-timer to the back of the net.

31-seconds later, Andy Willigar gave his team the 3-0 lead. Picking up the puck at the right point, Willigar through a desperation attempt on net, which weaved its way through bodies in front and past Spano.

It only took an additional 55-seconds for the Havoc to take the 4-0 advantage. Working into the zone, Tyler Piacentini worked a pass to Stefan, who completed the tic-tac-toe feed to Shawn Bates, who did not miss on the attempt.

The goalie swap seemed to send a message to the rest of the Marksmen team, as they picked up play and began to claw their way back into the contest.

Kyle McNeil got his team on the board first. Anthony Flaherty, in his first game with the Marksmen, wristed a shot towards the net of Mike DeLaVergne. McNeil had positioned himself in the slot and deflected the puck past DeLaVergne, who couldn’t adjust to the sudden change in trajectory.

Four-minutes later, the Marksmen trailed by only two, with Paul Russell’s first goal as a member of the Marksmen. Picking the puck out of a corner scrum, Russell walked in to the right slot, waited for DeLaVergne to move to the butterfly and rocketed a shot to the back of the net.

The second frame showcased a juxtaposition to the first, with neither team able to find the back of the net, despite quality scoring chances for each team.

The third period began with the same pace as the second, with each team generating chances, but the netminders were up to the task, until the 9:19 mark.

Alex Botten took a two-line feed and broke in on a breakaway, but Leon put himself in position, making the initial save. The rebound caromed off the end boards, however, and fell to the tape of Piacentini, who buried the chance, making it 5-2.

In the closing minutes of the contest, the Havoc extended their lead to four-goals once again. Calabrese pitched a long dump in to the zone where Christian Powers picked it up and unleashed a quick shot through the pads of Leon.

With under a minute left to play, Jack Ceglarski drove the zone down the left side and unloaded a perfectly placed wrist shot, whistling it past the ear of Leon to make it 7-2.