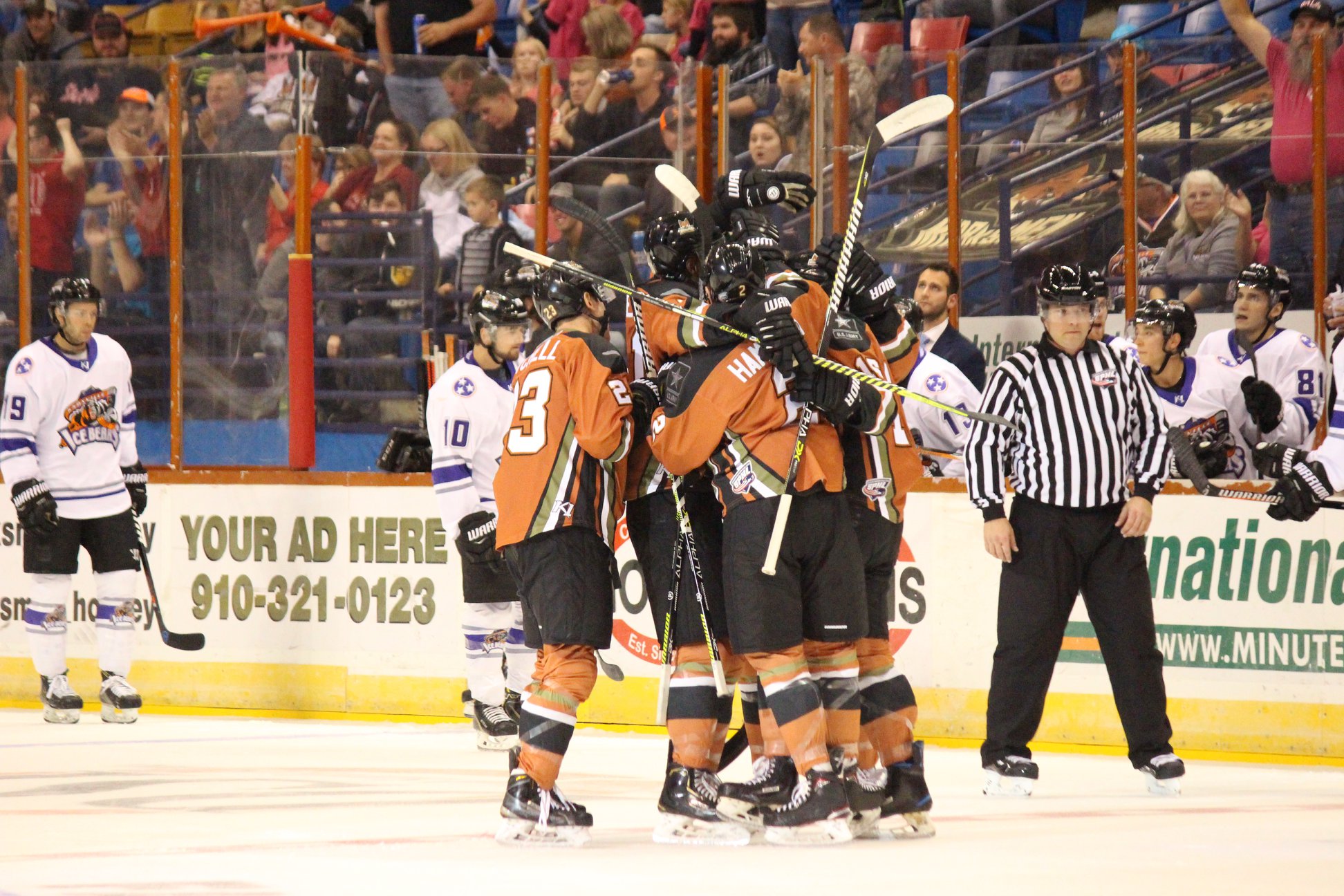 KNOXVILLE, TN – For the first time this season for Fayetteville, it did not take extra time to be decided. The outcome, however, would take the final minutes to decide a winner.

After spoiling the home opener for Fayetteville on Saturday night, the Ice Bears welcomed the Marksmen to Knoxville for a Friday night Rocky Top rematch. Fayetteville would not sit around to start the game.

Just seven minutes into the contest, second-year Marksmen Tim Kielich would scoop up a wayward puck out of the neutral zone and race the net, where he’d beat Hayden Stewart on the breakaway for his first of the year. 3:15 later, the Marksmen would strike again, as Luke Stork would be left untouched on the right side of the net, receive a perfect feed, and send it through. Fayetteville headed to the break with a 2-0 lead, overpowering the Ice Bears in shots 15-3.

Knoxville would start their comeback efforts in the second, starting with momentum from a fight between Stork and Dwyer Tschantz. The Ice Bears would draw off that momentum, as Marty Quince would be this third of the season against the Marksmen, splitting the lead to 2-1 Fayetteville. A strong finish outshooting the Marksmen 12-6, and looking to complete the comeback in period two.

That hope from the Ice Bears would be realized, as not even halfway through the period, the killer from Saturday night, Bryce Nielsen, would slice one past Danny Tirone to make it a 2-2 game. It looked like the Marksmen were well on-track to keep their overtime streak going. After the goal, the game would succumb to a feeling-out process, as teams would share opportunities in their offensive zones, but ultimately the goaltenders of Tirone and Hayden Stewart would stand tall

. In the final minutes, the Marksmen regulation fortune would change. After a flurry of back-and-forth opportunities, positioning would pay off for Fayetteville’s 2018-2019 team-leading scorer Brian Bowen, as he’d redirect an intentional pass to his stick to get his first of the year, and lift the Marksmen back to the lead with under five minutes remaining.

The final minutes of the game would be a storm of shots from the Ice Bears, but the Marksmen would persist, and not allow Stewart to leave the net. Danny Tirone was in absolutely prime form, stopping everything coming his way in the last stretch, and truly using every last limb to secure the win. The win would give Fayetteville their first in regulation, and keep them perfect on the road, moving them to 2-0-1. Brian Bowen would earn the game-winning goal, and give the Marksmen momentum heading into a rivalry battle in Roanoke on Saturday night at 7:05.