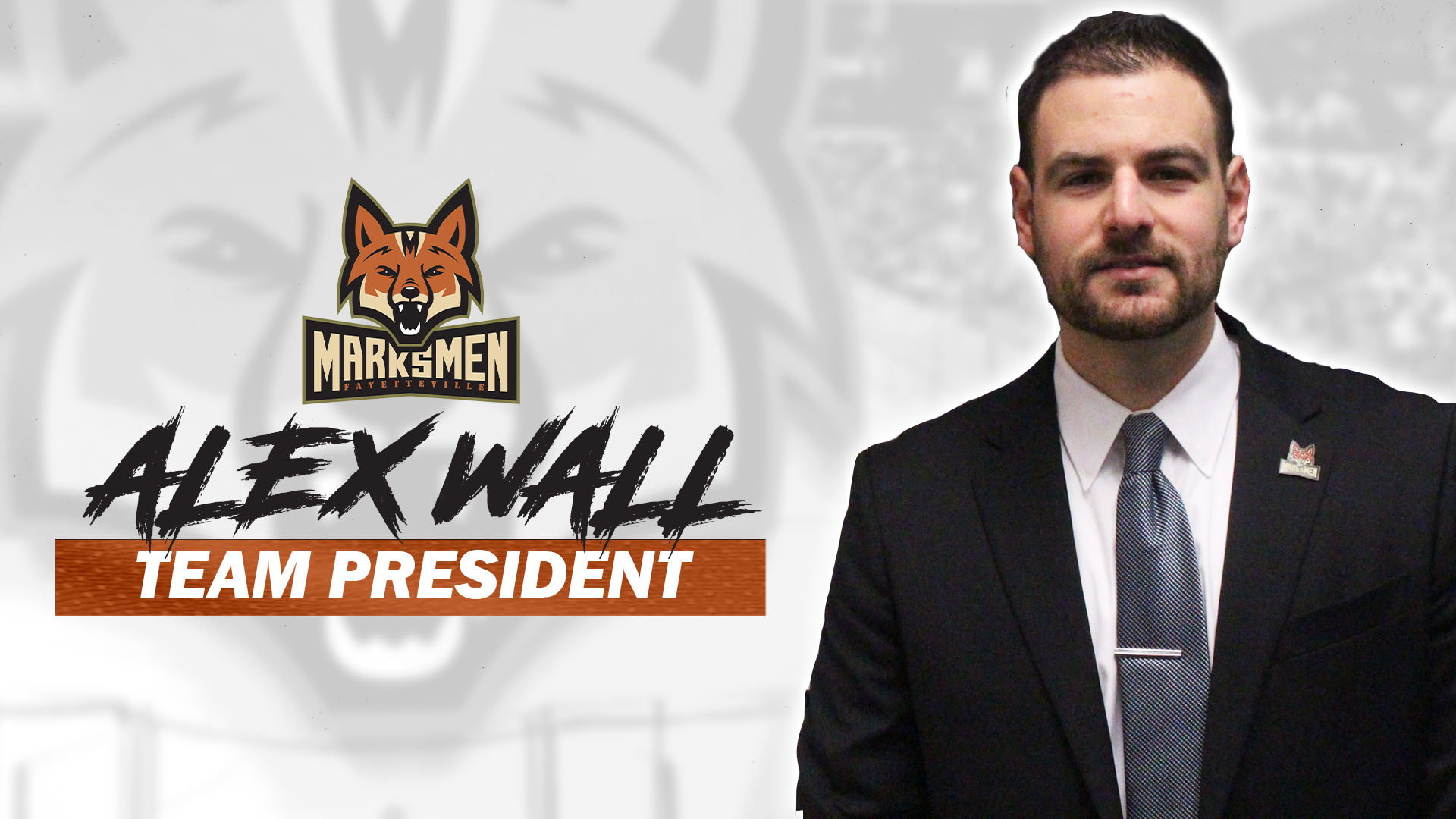 “When I hired Alex, the intention was always for him to come in and prove to me that he could take over the presidency of the team, and he has clearly demonstrated his ability,” said team owner and CEO Chuck Norris.

Wall was hired by the Marksmen in May 2020 as the youngest executive in team history. In June, Wall and his wife Suzanne welcomed their son Jacob.

“It is an absolute privilege and an honor to be named the president of the Fayetteville Marksmen. I’d like to thank Chuck and Lanai Norris, first and foremost, for believing in me and for trusting me as I take on this new position,” said Wall.

While navigating through the challenges of the COVID-19 pandemic, Wall has brought the Marksmen to a new level of operational success. He has been the driving force behind new initiatives that increase Marksmen involvement in the Fayetteville community, schools, and non-profit organizations.

“A promotion like this is certainly also a reflection of all the hard work done by our staff, and I’d be remiss not to thank all of them for their dedication to our process and working every day to keep getting better,” said Wall.

“It’s easy for me to give him the role,” continued Norris, “I have full confidence in him to do well and it gives me the chance to focus on spending time with my family and being there for my kids after four years at the helm.”

Previously, Wall had worked with Feld Entertainment as a director of global partnerships and had also spent five seasons in the ECHL with Jacksonville and Orlando in different departments of corporate sales and marketing.

Norris will maintain his position of CEO and team owner and his wife, Lanai, will remain the team’s CFO.