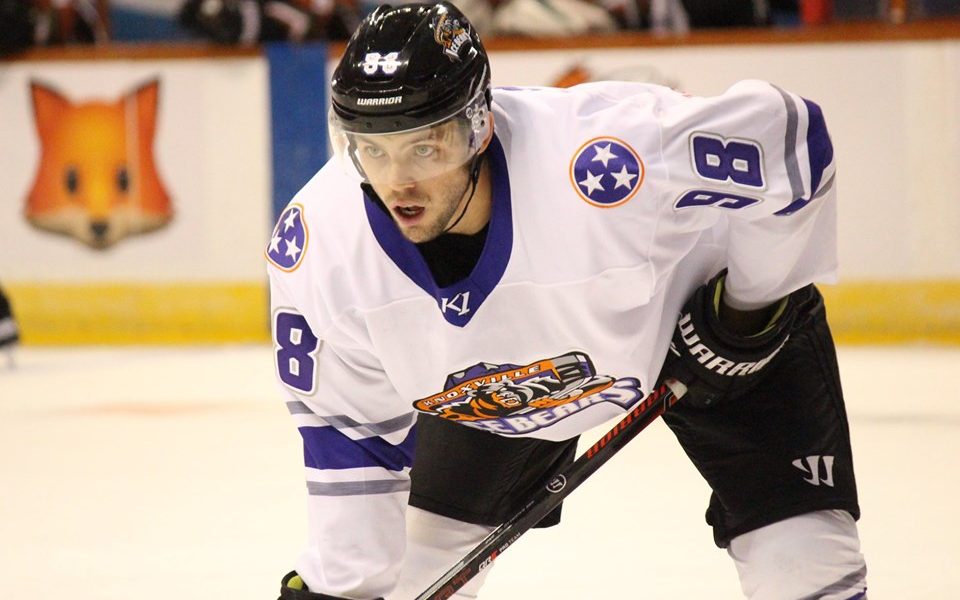 FAYETTEVILLE, N.C. – Following a successful opening weekend for the Fayetteville Marksmen, coming away with an overtime win and a come-from-behind loss in overtime to earn a point, the Marksmen are immediately looking to bolster their roster heading into the beginning stretch of the season.

Today, the Marksmen announce that they have completed a trade with the Knoxville Ice Bears. In the trade, the Marksmen will receive left-handed Forward Dylan Vander Esch in exchange for the rights to Joe Kalisz – acquired by the Marksmen via trade with Peoria during the offseason.

In a corresponding move, the Marksmen have traded forward Nick DiNicola to the Huntsville Havoc for Future Considerations. We thank Nick for his time in Fayetteville, and wish him luck in Huntsville.

Vander Esch, 6’1 & 195 lbs, playing in his third professional season, spent the entirety of last season in the ECHL with the Greenville Swamp Rabbits after spending his first season for 12 games in Macon. Vander Esch scored 15 points (11G+4A) in his 49 games last season. Vander Esch has played in both games of the Ice Bears 2019-2020 season, including logging good minutes against Fayetteville on Saturday night.

Head Coach Jesse Kallechy spoke highly of Vander Esch, and what kind of player he anticipates he’ll be for the team.

“We’re excited to have Dylan join the Marksmen. He’s a hard-nosed, net-driving forward with an awareness for the puck, and his experience at the next level will be great in leading our younger guys,” said Kallechy “We expect him to be a great addition to our offense, and look forward to his role in our core.”

The first game as a Marksmen for Dylan Vander Esch won’t be too much of an adjustment process in terms of location, as the Marksmen travel over the Blue Ridge Mountains to Knoxville for a Friday Night affair at 7:35 PM. Vander Esch will immediately face off against his old team in his Marksmen debut.

Welcome to the Marksmen, Dylan!