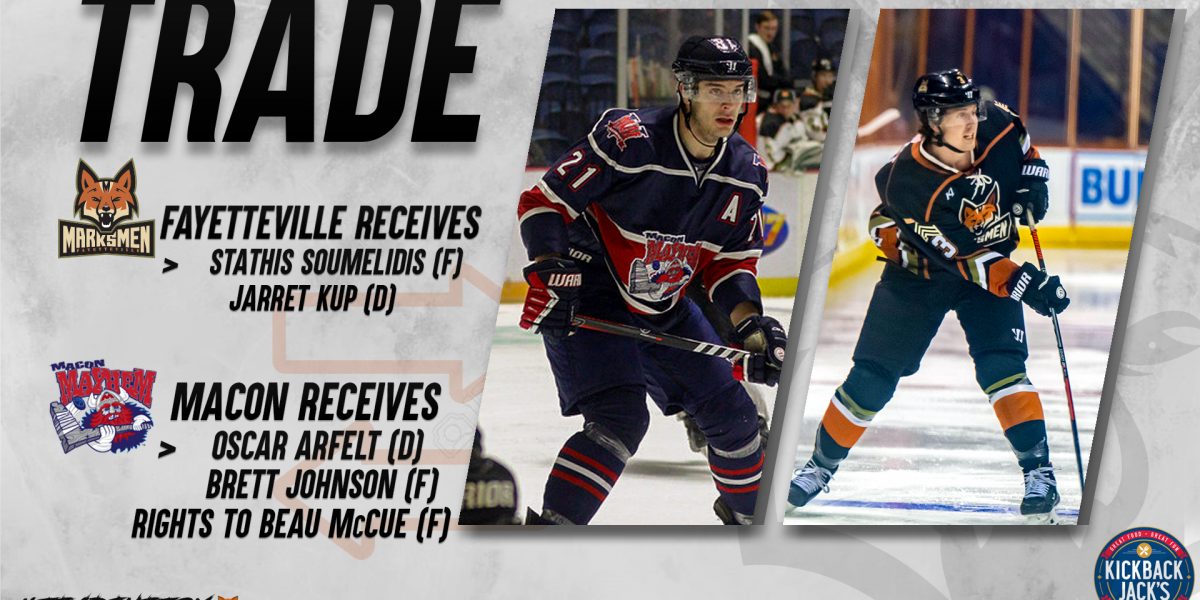 FAYETTEVILLE, N.C. – In an unexpected move in the middle of the season, the Fayetteville Marksmen and Macon Mayhem – two teams at different positions in the standings – swap players heading into February in a massive trade in the Southern Professional Hockey League.

Soumelidis and Kup – who have each spent a better part of their SPHL careers in Macon – are familiar faces as foes for Fayetteville.

Jarret Kup, a 6’0 180lb Defenseman from Rossaeu, Ontario has spent his entire professional career in Middle Georgia, coming out of his collegiate career at Curry College in the Spring of 2018, and immediately signing an amateur tryout with the Mayhem. After his eight-game stint while in college, he would sign a full contract in 2018-2019, and continue it into this season. In his SPHL career, the 26-year-old Canadian has suited up in 96 games, scoring 39 points (6G+33A).

We look forward to Stathis and Jarret joining the Marksmen, as the second-place team pursues the playoffs.

The Marksmen Organization would like to thank Beau McCue, Brett Johnson, and Oscar Arfelt for their efforts and energy during their time with the team, and wish them nothing but the best in their continued professional careers.