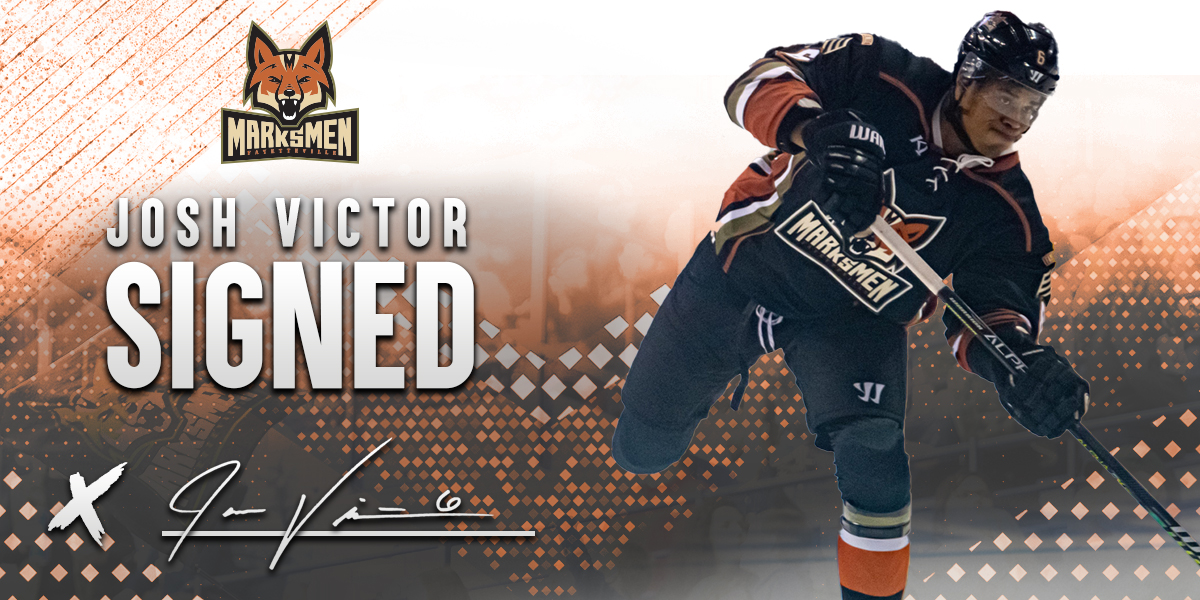 FAYETTEVILLE, NC – After a season that saw Josh Victor traded to Fayetteville, the defensemen would become a fan-favorite quickly. Following a successful rookie season, Josh Victor has re-signed with the Marksmen for the 2020-21 season.

The 6’4″, 212 lb blue-liner was acquired by Fayetteville in a trade early in December of 2019. Victor became not only a fan-favorite but also a coach-favorite.

With 6 points over 33 games played and 42 PIMS, Victor was one of the Marksmen best stay-at-home defensmen throughout the 2019-20 season.

Josh ended up fighting over 4 times this season and established himself as a terror to play against.

“We were extremely lucky to get Vic in the trade last season.” said Head Coach Cory Melkert “He’s a guy you hate to play against but always want on your team. Josh is the prototypical stay at home defensemen who has great skating ability.”

Victor returns to a Marksmen team who comes back to a team that finished first place and relied heavily on their studded defensive core.

“I’m excited to be back in the ‘Ville. The winning culture that was built by Cory is infectious and it made the game fun. I’m honored to be coming back and playing in the Crown with an amazing group of guys for our awesome fans.” said Victor “Hockey season cannot come soon enough.”