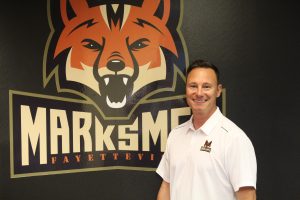 Charles “Chuck” Norris purchased the team in April of 2017. The former US Army Paratrooper spent over 20 years in Fayetteville and is a Veteran of Operation Desert Shield/Storm.

Chuck lives in Charlotte with his wife, Lanai and their three children, Chucky, Lilly, and Khloe. 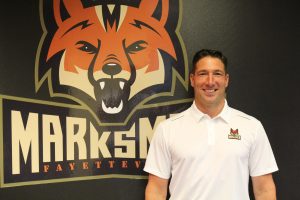 Jeff Longo joins the Marksmen as Owner/President, for the 2017-18 season. Longo brings a rich hockey background to the Marksmen, having spent over twenty years in professional hockey in upper management positions.

After beginning his career as a Public Relations intern for the New York Rangers (NHL), the native of Hazlet, New Jersey spent six seasons with the San Diego Gulls (WCHL) – the last three as team President.  While there, the team led the league in attendance all six seasons and won the league championship three times.

In 2003, Longo took a position as the President of the Charlotte Checkers (ECHL) and helped orchestrate the team’s move into a new facility in uptown Charlotte (the NBA Charlotte Bobcats’ Time Warner Cable Arena).  Team attendance and revenue increased for six straight seasons from 2003-2008.

Longo then served as the Vice President of Marketing and Community Initiatives for the New Jersey Devils (NHL), His marketing team helped frame moments like Martin Brodeur’s record for most wins all-time and most shutouts for a goaltender and Patrick Elias’ franchise record for points.

Longo returned to Charlotte in 2010 and served as a consultant to senior management for the Charlotte Checkers (AHL), assisting with corporate marketing initiatives, staffing and negotiations of the team’s lease(s) with the arena.

Longo is currently an associate professor and program director for the Sports, Events and Entertainment department at Johnson & Wales University in Charlotte.  He is pursuing his doctorate at the United States Sports Academy.  Jeff and his wife Alisa reside in Charlotte with their two daughters- Riley and Emmery. 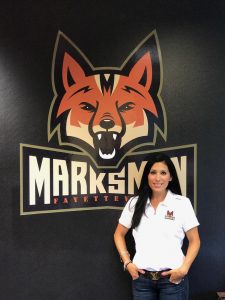 The 2017-18 season is Lanai’s first with the Marksmen. As the Controller/ Director of Finance, Lanai oversees the financial aspects of the team-including budget items, revenue, and payments.

Lanai lives in Charlotte with Chuck and their three kids, Chucky, Lilly, and Khloe. 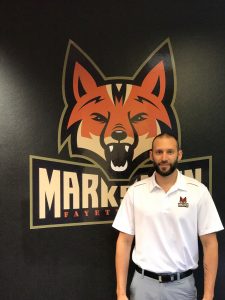 Nathan is in his first season with Marksmen as Assistant GM and Director of Ticket Sales. A native of Livermore, Maine, Nathan attended Johnson & Wales University Charlotte and received his bachelor’s degree in Sports, Entertainment and Event Management. Driscoll joins the Marksmen most recently from IMG Learfield Ticket Solutions as a ticket sales account executive for UNC Athletics. Prior to IMG Learfield, Driscoll served as the Tournament and Event Director at Carolina Courts in Charlotte, NC.

Nathan and his wife, Melissa, live in Fayetteville with their five daughters-Ariah, Adison, Cloe, Mercedes, and Delaney. 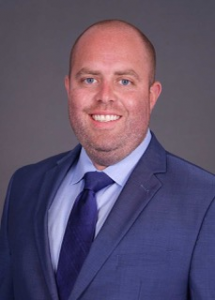 Patrick brings 10+ years of business development expertise experience to the Fayetteville Marksmen.  He began his career working in professional hockey with the Charlotte Checkers where he was responsible for the sale and activation of corporate partnerships.  During his time there, Patrick was a part of a very successful transformation as the team ascended to the American Hockey League (AHL) as part of a new affiliate relationship with the Carolina Hurricanes that still exists today.
Most recently, Patrick served as the Director of Business Development with GMR Marketing in Charlotte, which is a global agency specializing in sports and experiential marketing.
Patrick also has experience working in the NFL level as he served as the Manager, Corporate Partnerships with the Cleveland Browns.
Patrick completed both his undergraduate and graduate studies at Ohio University in Athens, OH.  He received his Bachelors degree in Economics prior to receiving two (2) Masters Degrees: Masters in Sports Administration (MSA) and Masters in Business Administration (MBA).
A Cleveland, Ohio native, he currently resides in Charlotte where he is a full-time faculty member at Johnson & Wales University as an Assistant Professor within the College of Hospitality Management. 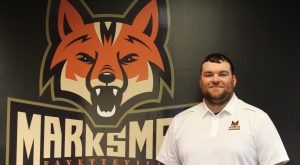 The 2017-18 season will be Ben’s first with the Marksmen, after spending the previous season with the Kalamazoo Wings (ECHL) as the Manager of Corporate Sales. Prior to joining the sales team in Kalamazoo, the native of Lawrence, Michigan spent two seasons as the Public Relations/Broadcasting intern for the K-Wings and helped to manage; color commentary duties, social media, press releases, and interviews-including the world-famous “Meow” interview.

Ben and his wife, Whitney, have two sons- Ryan and Brendan. 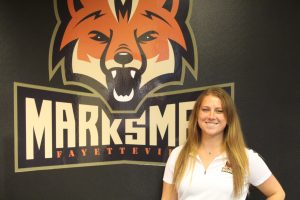 The 2017-18 season is Stephanie Powell’s first with the Marksmen as the Manager of Promotions and Special Events. Powell is a recent graduate from Johnson & Wales University in Charlotte. While there, she earned her bachelors degree in Sports, Entertainment & Event Management. During her time at Johnson & Wales she worked as a wedding and special events planer, while volunteering  at community events, fundraisers and festivals throughout the city of Charlotte.
Powell, born in Pennsylvania, had lived in the Charlotte area for the last 12 years, but recently relocated to Fayetteville.
Powell likes to hike with her dog Vader, participate in mud runs/ Spartan races, ride her bike and spend time with friends.
Email:spowell@marksmenhockey.com
Phone:910.438.4167 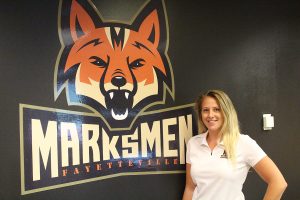 The 2017-2018 season will be Marissa Reighard’s first year with the Fayetteville Marksmen as Manager of Operations/Corporate Partnership Coordinator.
Prior to joining the Marksmen, Marissa worked with the world famous Toledo Mud Hens and Toledo Walleye (ECHL). While she was there she gained experience in promotions, ticket sales, and merchandise.
Marissa was born in Toledo, Ohio, but has traveled and worked in various places such as, Australia, Las Vegas (Wranglers, ECHL), Vietnam, Singapore, Hong Kong, and Columbus. She earned her bachelors degree in Sport Administration with a minor in business at the University of Cincinnati.
Reighard likes to play catch with her dog Dobby, participates in Crossfit, enjoys camping, and loves to spend time with family and friends.
Phone: 910-438-4169 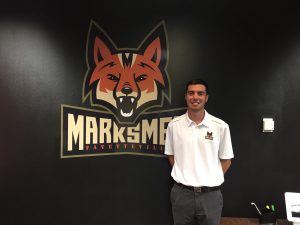 The 2017-18 season is Michael Marotta’s first with the Marksmen as an Account Executive. Marotta is a recent graduate from Springfield College in Massachusetts. While there, he earned his bachelors degree in Sport Management. During his time at Springfield College he was a member of the men’s tennis team.
Marotta, born in New York, had lived in the Springfield area for the last 3 years, but recently relocated to Fayetteville.
Email: mmarotta@marksmenhockey.com