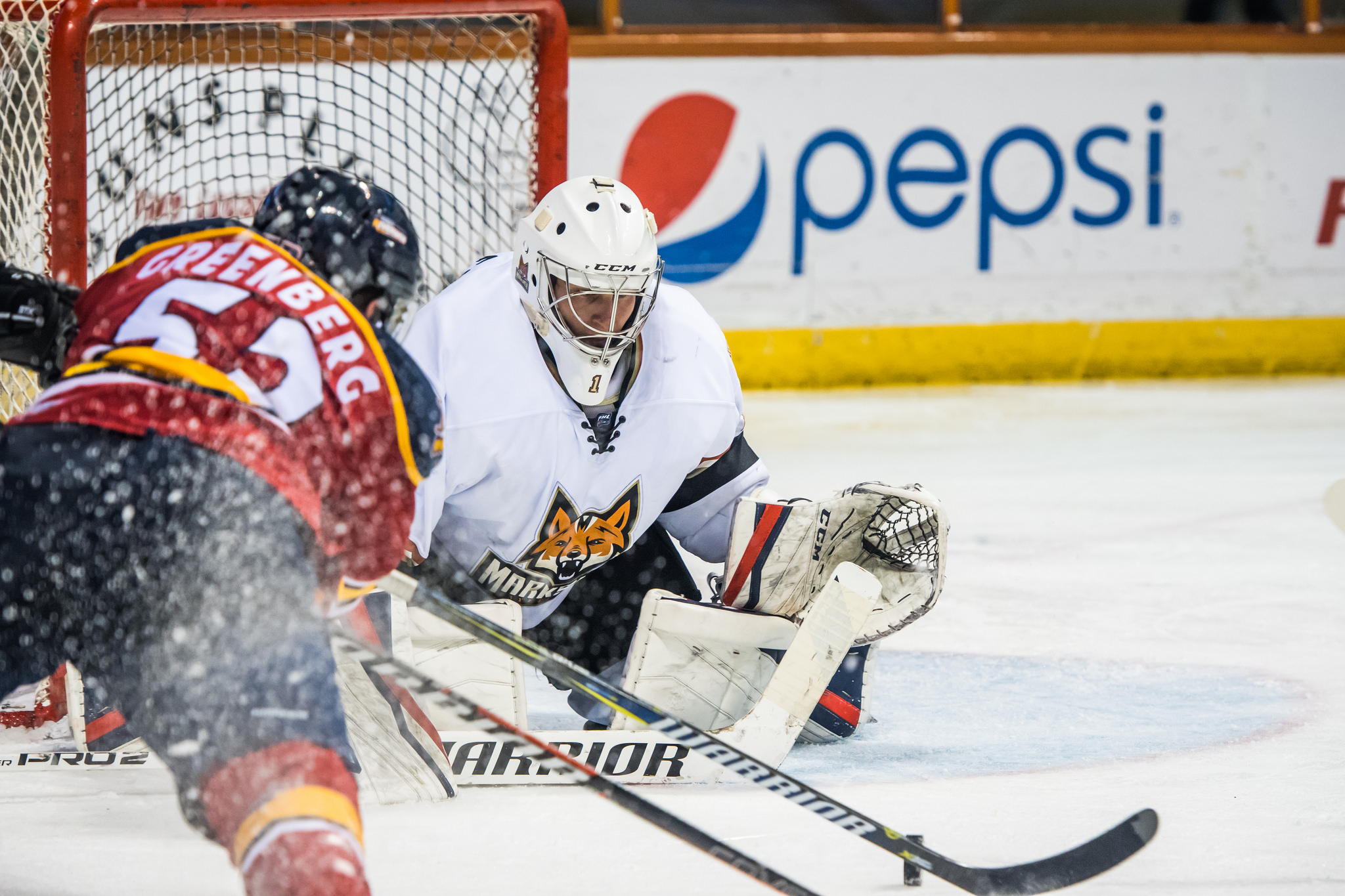 FAYETTEVILLE, N.C. – After coming back to Fayetteville with a disappointing taste in the mouth from Thanksgiving Weekend, the Marksmen came home and put the nose to the grindstone in a tough week of practice, preparing for the nation’s longest regulation-lossless streak-holding Peoria Rivermen. Peoria, #3 in the SPHL, had a pair of OT splits with Fayetteville when they came to town a few weeks ago.

This weekend was a different story between the two, as Fayetteville came with a fire in their belly and a desire to garner some respect. They did just that, coming out heavy-and-hard against the Rivermen in both of the contests enroute to handing Peoria their first regulation loss AND their first-time being swept this season.

A commanding 5-2 Friday win, and possibly the most exciting game of the season in a 4-3 OT Win on Saturday night in front of a rowdy Marksmen crowd.

The Marksmen secured themselves as #4 in the SPHL standings, and showed off their fight against the one of the league’s top teams. With their first sweep since November 2017, the dynamic has changed for Fayetteville, as they find themselves playing above what many expected with a young team.

In one of the most physically-demanding battles of the season, Fayetteville came away looking like the superior team both on the scoreboard and on the ice. With a 7-6-2 record heading into their toughest test of the weekend against #1 Birmingham, the Marksmen look ready to roll hosting the Bulls.

While the whole team was crucial in the success of the weekend, here’s three players who were majorly critical in the first sweep of the Marksmen season. 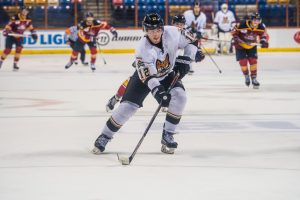 Fresh off the road from Pensacola ahead of the weekend’s battle, Brian Bowen came into a new situation with little time to learn systems, but found himself immediately making an impact both on the scoresheet and on his line.

Bowen was a skilled-scorer when he was in Pensacola, and found that same ability in his first night with the Marksmen, getting an assist and four shots ahead of the 5-2 victory. Aside from the point, the difference was palpable in the offense with Bowen on the ice, as the offense remained bolstered despite the loss of leading-scorer David Mazurek to the ECHL.

Heading to Saturday night’s game, Bowen became a catalyst. In a tight start Saturday night, Bowen started off the scoring for Fayetteville with a goal from the right side circle that redirected off of a Rivermen body in front. Bowen would assist off of Travis Jeke’s power play goal in the late first period, coming up with a two point night.

Brian Bowen has already proven to be an excellent asset for the Marksmen, and this couldn’t have came at a better time for the team. Going against the gauntlet of the SPHL in the coming weeks, with #3 out of the way, Bowen will be a necessary component of the offense with opportunities stepping up on the roster.

It was nearly impossible to try and decide between Cody Brown and the eventual-winner of the first star title. Cody Brown was absolutely on fire on Friday night. Outside of his four-point night (2G+2A), Brown was the spark-plug for the whole offense. 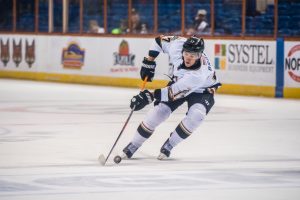 Everywhere the puck went, Brown was there. With excellent passes, an outstanding effort in the corners, and of course setting up and scoring on Friday night, it was hard to be down about Brown.

While the night was a bit quieter for Brown on Saturday, he still put up three shots and was a +2 on the night. Brown would finish the weekend with four points, a +4, and eight shots.

Cody Brown nearly doubled his season point-production with this necessary weekend against a team as good as the Peoria Rivermen are. Brown now sits at nine points (4G+5A) in 11 games, and should continue with stepping up into a more productive role with gaps to be filled.

Dillon Kelley showed off a confidence this weekend that we haven’t seen from his in a couple games, and he put on an absolute show for fans on Friday and Saturday. 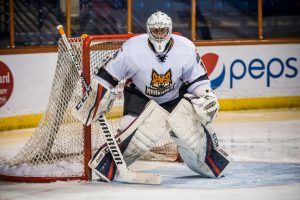 With an impressive 53 saves on 58 shots faced, the number doesn’t even truly tell the tale of the tape for DK. Look back at the highlights of the games this weekend, and you’ll see just a percentage of the highlight-worthy saves that he made to truly save the game on multiple occasions for Fayetteville.

Against an aggressive and skill-shooting Peoria team, Kelley did enough on Friday night to allow the Marksmen to pull off a big victory, and stole the game for Fayetteville on Saturday night.

This was a serious-statement weekend for Kelley, doing everything he could to help lead the Marksmen to their first weekend sweep of the season. With Kelley carrying a swagger into the biggest weekend of the year against #1 Birmingham, the Marksmen immediately get an edge in a department that has struggled prior to this week – goals against – against a team that knows how to score.

Kelley’s save-show is more than worth the price of admission for this weekend’s game, and you’ll want to see him flash the leather against the top team in the SPHL.