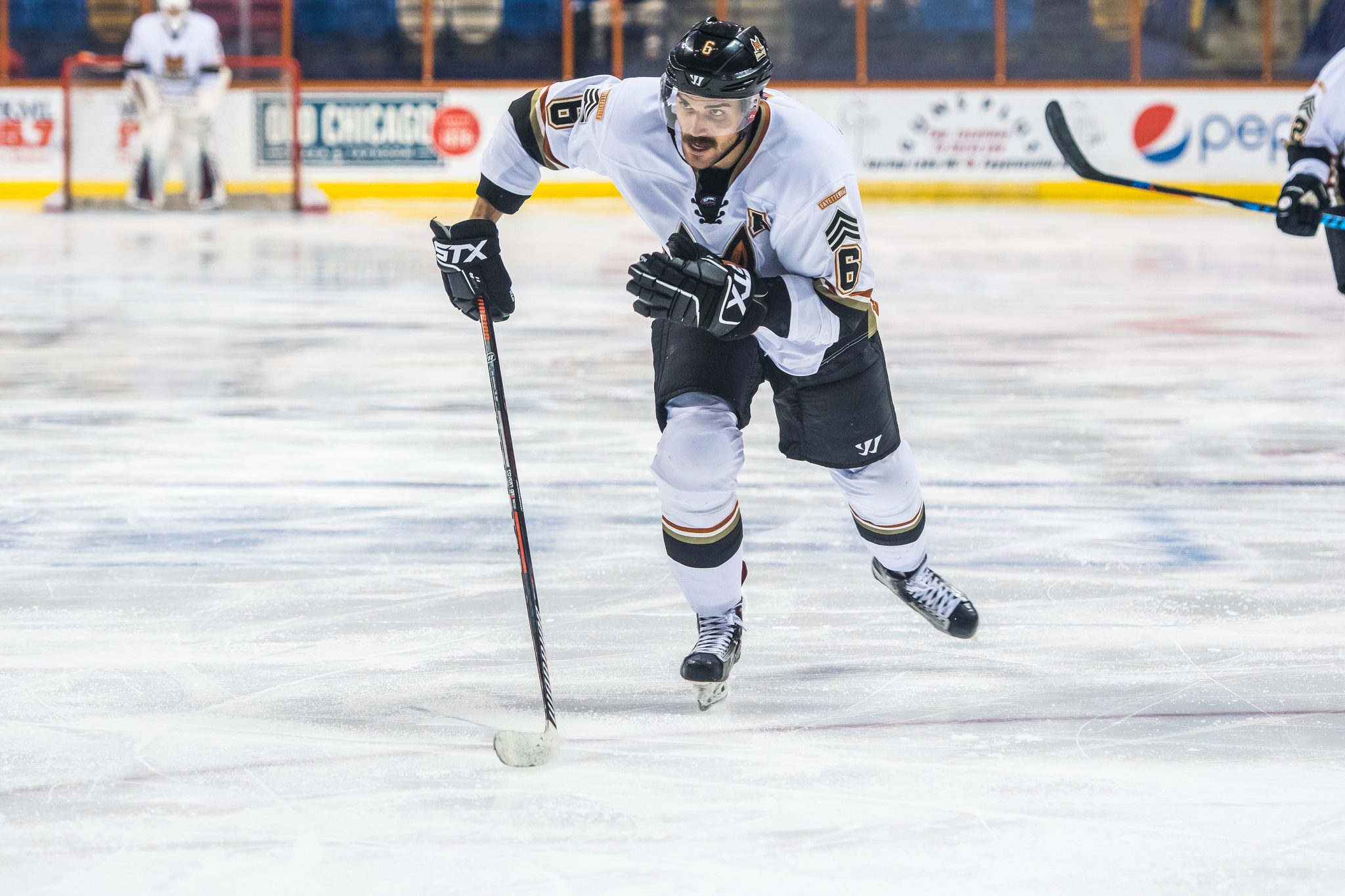 FAYETTEVILLE, N.C. – Thanksgiving Weekend saw the Marksmen start off with a come-from-behind win in Roanoke, before a tough finish to the last two games.

While taking three of six possible points, the Marksmen had lead much of Friday’s game, and had the first goal in Saturday’s game. While the team comes away disappointed, they once again show that they are competing in every single game, and have the tools to get to the next level.

The team gets a longer rest than last week, but will have no easier competition welcoming the Peoria Rivermen in a weekend home series. With plenty of time to clean up systems and fix the mistakes, the Marksmen look to come away with all four points, rather than the three of four from last time.

While the weekend didn’t fully go as hoped, it still was one with points for the Marksmen. Here’s three players who made the weekend’s points possible.

Tim Kielich is certainly turning it on after his game-winning first goal of the season in overtime the previous weekend. EXACTLY like we expected the rookie to do.

He started off his weekend with an assist to Jake Hauswirth’s second of the season, and Fayetteville’s first goal of their come-from-behind-win in Roanoke on Thanksgiving.

Finding himself in an even more crucial role Black Friday night in Knoxville, Kielich was ready. Fayetteville jumped out to a 2-0 and 3-1 lead, but ultimately found themselves trailing late in the third, 4-3. Kielich would find some more magic against the Ice Bears as he’d come with the tying-goal to force OT and get the Marksmen a point.

Kielich is a quiet, hard-working centermen who has steadily found his fit this season, and is finally getting the numbers in the point department to help bolster his abilities.

Keep your eye on #11, the scoring touch is just getting started.

Defensemen Travis Jeke continues to stand out amongst blue-line shooters in this league. Continuously firing hot shots and finding his way to feed forwards from the blue line, Jeke has been an ever-increasingly crucial part of the offense of the Marksmen.

With the recent struggles that the Marksmen defense has had, Jeke has stepped up as a bright spot, sacrificing his body and playing hard into the boards and corners to fight for possession. His experience and physical presence has been a welcoming sight for a team that’s needed it.

Not to mention, like mentioned before, Jeke is scoring, making him into a rocket launcher in the high slot.

That’s exactly what he did getting the first goal of the night in Knoxville on Friday, obliterating the puck past Santaguida for an early Marksmen lead. He would go on to finish that game with five shots as a +3.

Expect this trend to continue as Jeke’s role on defense continues to expand.

Of course. David Mazurek has been a constant as a top three star nearly every week for the Marksmen. With three more goal this weekend, the trend just continues.

‘Handsome Dave’ was a catalyst for the comeback win on Thanksgiving, coming up with the game-tying, and game-sealing goals for the team. On Saturday night, Mazurek would score one to give the Marksmen a spark, but it was ultimately too late.

What can honestly be said about Mazurek that hasn’t been said yet or before? With 15 points (8G+7A) in just 13 games, his over a point-per-game average is looking more than secure, and he has already surpassed his points total in 25 games last year with Pensacola already. Not to mention, Mazurek is a +7 on the season.

Mazurek has stood out from the pack in the SPHL, and is tied for second in the league for points and goals (#1 is teammate Darren McCormick).

He’s been worth the price of admission, and with a weekend rematch against Peoria ahead, it only keeps his intensity up.

The Marksmen are back home NEXT WEEKEND, Friday, November 30 for Outdoorsmen Night, and Saturday, December 1 for Faith & Family Night. Tickets are available now by calling the Marksmen office at (910) 321-0123 or clicking on the date above!

Mazurek Called Up to Atlanta Gladiators Scroll to top